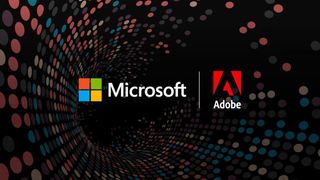 Microsoft has been cosying up with Adobe for a while and their joint announcements in September 2017 about an expanded partnership, sent the rumour mills spinning as fast as they could.

A merger between Microsoft and Adobe has been talked about for many years, and dismissed for just as many – but can we learn anything about the concept through a look at their IP portfolio and R&D strategies?

Both companies are heavily focused on tech specialisation above all else – which denotes the degree to which a patent portfolio is concentrated in a number of core technology areas. There is also a lot of crossover in their technologies and innovation, particularly in the areas of image editing, communication, data management, application development, and even in augmented/ mixed reality.

Adobe has a foothold in many of the technology areas dominated by Microsoft, and a proposed merger would strengthen both firms’ positions in those fields – especially since they already share a significant customer base.

In terms of patent renewal rates, Microsoft is abandoning 5x the percentage of patents abandoned by Adobe.

While Microsoft innovates generally at a much faster rate than Adobe, Adobe’s average patent value is about of Microsoft’s. This suggests that Adobe may be holding onto a large quantity of patents that have not delivered a significant ROI.

With such a high innovation rate as Microsoft’s, it can be challenging to maintain the quality of new innovations, and it is particularly impressive that the estimated mode value of its patents is so high – at the $100k-$500k range, indicating that Microsoft is innovating and acquiring new technology with a strong focus on commercialisation.

It’s very difficult to know whether a new invention will be successful before it has been patented, and it seems that Microsoft has a robust market-driven IP strategy – abandoning IP that doesn’t show a strong return.

Microsoft also has much greater IP coverage in South America – a region that appears to have been avoided by Adobe. A merger of the two companies may enable Adobe to broaden the geographical coverage of its portfolio.

This article has been produced as part of a forward thinking series called Simulate a merger, by Ray Chohan, SVP, Corporate Strategy at PatSnap.