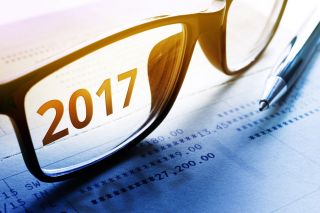 At the end of every year, executives and tech companies look into their crystal balls and determine their predictions on what’s going to be the hottest trend of the coming year. Often times this is rooted in absurd, far-reaching ideas that are more likely to gain traction 5-10 years down the line, rather than 5-10 months. Things like drone deliveries and robot co-workers, while certainly a reality, haven’t quite made it to the level of maturity and adoption that tech execs were predicting they’d be several years ago. Instead of making empty predictions on wildly new technologies, it’s time that these companies consider the possibility that the coming year will be more about implementing existing technology, rather than the creation of new inventions.

While adoption of leading edge technologies is a challenge across the landscape, it particularly rings true in field service industries. There are many existing technologies that have reached a level of maturity in other sectors like retail or food service, that would be easily translatable to the world of field service and facilities management. Aspirations of a mobile workforce rooted in data has long been discussed, but the actual adoption has been slow moving.  As we can see, it’s not because the technology isn’t there, rather it’s the fact that changing norms can be overwhelming for industries that have traditionally been reluctant to change.

This year, it’s essential that business leaders make it a priority to overcome roadblocks that have been holding them back, and instead take advantage of sophisticated technology that exists today. To succeed, the transformation must begin at the top.

Creating a culture of innovation

In order to bring innovative technologies into the workplace, the initiative must be more than just an implementation. It should be viewed and handled as an internal movement, an overhaul of the way the company perceives the work they do. Whether a company is transitioning to the cloud or equipping their field workers with mobile devices, it’s essential that there is constant and comprehensive communication from the CIO or CEO explaining how the new product or system will help drive forward the goals of the company and impact the day-to-day routine of all staff members. By facilitating a holistic understanding of the technology and how it will better help an organisation compete and make work tasks more user-friendly, employees won’t need to question if the technology will introduce new challenges and instead embrace the benefits.

That being said, there is always a fear of the unknown and scepticism around whether products will actually deliver on the promises they’ve made. There will always be doomsayers who seek to cause apprehension, maybe due to their own insecurities or fear of disrupting the status quo. This can especially be true as we start to explore more intelligent technologies like machine learning or artificial intelligence. In industrial industries specifically, there’s growing concern that technology has reached a level of sophistication and efficiency that humans are being displaced from their jobs. This hesitation and distrust has ramifications that are both detrimental to the economy and the political sphere, but is easily avoidable.

It’s the responsibility of these large enterprises and their leadership to reassure their staff that the technology has been created to make humans better, not displace them. It’s essential that they demonstrate how new systems can upend the ratio of time spent doing back-end and mundane work, so that employees can instead focus their time on the aspects of their jobs that are business-critical and reliant on the human touch for success. Enterprise mobile technologies are a perfect example of this – hundreds of apps have been created in the past several years aimed specifically at making employees more productive, and arming them with business data at their fingertips that inform smarter business decisions. It should be clear to the employee how the new technology will positively impact not only their careers in making them more efficient, but at the end of the day providing them with a better quality of life. Too often, businesses will speak at length about the business benefits, but forget altogether to address the perspective of the worker.

Enterprises can reinforce their commitment to their staff by offering training programs that help prepare them for incoming technology. Providing classes and trainings during work hours or paying for third-party secondary education communicates a commitment to staff that is intangible. It recognises that times are changing and communicates that despite the evolving landscape, the organisation is fully committed to in-house growth and development.   By providing their workforce with the knowledge they need to adapt to the changing landscape, they make clear their commitment to both their newer and veteran employees, and in turn grow loyalty.

Invest in a future

Despite the numerous benefits technology can provide, leaders still are hesitant to bring any sort of upheaval into the workplace. Concerns are plentiful and range from fear of the reaction from their employees, or perhaps just overwhelmed by the initial investment costs. But if enterprises fail to adapt they will find that a shakeup is bound to happen regardless – due to their inability to compete.  Reassuring staff of their roles, without recognising the inevitably changing landscape is not only dishonest, but irresponsible. It’s critical that egos do not drive businesses decisions and everyone across the organisation presents an attitude of humility and willingness to learn and adapt.

Companies that are able to foster excitement and anticipation of new tools and technologies, while simultaneously putting their employees first, will be the ones that succeed.  Not all changes need to be drastic, but making incremental and continued updates are essential to the keeping pace with industry demand. In doing so, business leaders will find continued communication and reassurance will become routine and entire organisations will be less reluctant and nervous.

As we look ahead in 2017, this should be the immediate conversation that drives us all forward. By embracing change and moving the needle forward, I predict that 2017 will be a very innovative year across industries.