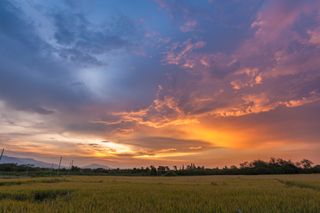 Artificial intelligence is becoming a centralised part of our everyday lives, even if we don’t realise it. In fact, half of the people who encounter AI don’t know they are doing so. That’s no bad thing, however.

AI is quietly blending into the background while aiming to improve how we interact with technology. From chatbots on websites that can answer our queries to personalised voice assistants on our devices, machine learning techniques improve continuously.

Machine learning is creating better image tagging and recognition in an understated yet vital way. You may not initially think about AI’s ability to recognise images, but it’s an essential feature. And any user of a social media platform or business should be thankful for the service.

Why is image recognition important?

80 percent of the content on the internet is visual. You can already start working out why image tagging might hold its place as king of the content table. Whether it’s individuals or companies, AI image recognition has made it possible to identify visuals online with minimal fuss.

There around 657 billion photos posted each year digitally, with the majority appearing on social media. A good chunk of those images are people promoting products, even if they are doing so unwittingly.

User-generated content (UGC) in its purest form is an excellent enabler for brands as it provides the best kind of promotion: word of mouth. Unless, of course, the brand is unaware that people are even promoting them.

There are marketing tools to alert companies when there is a consumer mention on social media, but what about when brands promotion takes place without anyone tagging their name in the social post? This is where AI image recognition proves its value.

If the tech is fed the correct datasets, AI can identify an image without specific tag mentions. The results are invaluable for brands to track and trace their social mentions.

How does image recognition work?

AI can search social media platforms looking for photos and compare them to extensive data sets. It then decides on relevant image matches at a rate much faster than humans are capable of.

Brands use image recognition to find content similar to their own on social media. That means identifying a brand’s logo or recognising organically placed product placement amongst social media users.

Asking humans to trawl through so much information easily becomes tiring. AI doesn’t worry about the human error, and returns precise results at unparalleled levels. AI image recognition monitors what people are saying about a brand without the need for text.

Brands able to track their social mentions without users needing to type the company name will find themselves in an advantageous position. The potential to tap into their own online coverage solely through AI recognised identifiers is huge and offers unparalleled coverage.

Image recognition was around before AI. Yet the machine learning factor is revolutionising methods for identifying an object or person’s face. Machine learning is only effective when there is data to feed it, however.

For all of AI's automation, tasking it to identify images is not a simple request. Our understanding of visuals is second nature; it’s something we are programmed to do from a young age.

Asking the same of a machine isn’t a straightforward process. For that reason, one of the more popular forms of AI recognition is convolutional neural networks (CNN). CNN is a method that focuses on pixels located next to each other.

Closely-located images are more likely to be related, which means an object or face is matched to a picture with more transparency.

More than a picture

A self-driving car that can detect objects and people on the road so it doesn’t crash into them doesn’t happen automatically. It needs to recognise the images to make informed decisions.

Each self-driving car is fitted with several sensors so it can identify other moving vehicles, cyclists, people - basically anything that could pose a danger. An automated car needs to process the hazards of the road the same way a seasoned driver does.

There are still a few aspects to iron out before self-driving cars hit the road in 2020. But when vehicle automation does kick-in, AI image recognition will be one of the major drivers behind them working safely.

A seamless future of imagery

As the tech improves, image recognition will return even greater results. Head of Machine Learning at Lobster, Vladimir Pavlov says, “The mathematical basis for object recognition has existed for a long time, but technological possibilities of using computer vision algorithms appeared recently.

Already, neural networks allow making perfect detectors that are capable of working better than humans. A big jerk holds back the presence of marked image datasets for training, but in the near future, this will not be a problem. Computer vision engineers are actively working on self-learning algorithms”.

With a future so heavily influenced by visual communication, image recognition is going to be the key factor behind many of the pictures we see. Both in real life and online.