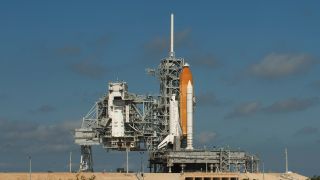 Manufacturers everywhere are facing an increasing demand from their customers for parts to be produced in rapid time, at the lowest possible price, without any compromise in the level of quality. In the aerospace industry in particular, it’s crucial that the structural integrity and safety of components is maintained as they move swiftly from initial design to finished product.

Safety measures such as these are just one of a number of different factors that dictate the pace at which products can be developed for use in aerospace engineering, however. Manufacturing these products is made slower by the test cycles, inspection procedures and certificates that accompany every step of the process, each of which is non-negotiable. The process can be slowed further still as the result of the shortage of skilled engineers currently faced by the aerospace industry, and the apparent hesitance it exhibits when it comes to employing new, advanced manufacturing technologies.

As a result of the global economic downturn, the aerospace industry, like many others, has had to make a number of cutbacks over the last 10 years. As conditions improve though, the next five years are expected to be somewhat kinder, with experts predicting more than five percent growth across the sector. It appears, however, that due to a significant increase in the average age of aerospace engineers, and a lack of interest in the industry from the next generation of school leavers, achieving this projected gain may not be as straightforward as many would hope.

Half of the employers questioned for a recent survey for Carbon60, for example, blamed issues with recruitment for delays in product development, with three in five expressing concern that a dearth of sufficiently qualified engineers could pose a threat to their business. The extent of the issues is revealed in the findings of the annual report from Engineering UK, which suggests that up to 59,000 engineering graduates and technicians will be required each year until 2024 to plug the skills gap.

Put simply, working in aerospace engineering appears to be considerably less popular than it once was. According to a US study, carried out in 2016, two thirds of young people did not consider manufacturing to be a high-tech career choice. Indeed, graduates now consider big tech companies such as Apple, Facebook or Google to be more attractive options.

What’s more, the sector faces the prospect of losing skilled members of its workforce when qualified engineers leave their particular area of expertise to pursue a more lucrative career path in a completely different field, such as IT admin.

The manufacturing industry as a whole must, therefore, take steps to address these problematic aspects of education and career development, the impact of which may otherwise be felt for many years to come.

Digitalisation as the way forward

Despite the current skills shortage faced by the aerospace industry, the ongoing adoption of advanced digital manufacturing techniques represents a light at the end of the tunnel. Manufacturing, in common with all other industries, is currently undergoing a form of digital transformation in a bid to improve operational efficiencies and customer service. In order to meet the needs of this transformation, and to stay one step ahead of the technology as it evolves, manufacturers will need to recruit and train a new breed of software and hardware engineers.

Where manufacturing processes may suffer from an outdated perception as being a form of repetitive manual labour, the move toward digitalisation may serve to change hearts and minds and, by doing so, attract the next generation of tech-savvy manufacturers.

Through the use of 3D printing, for example, prototypes can be rapidly turned around for use by product developers in presentations and assembly tests. Some providers even offer production-quality parts that can be used in meaningful tests, carried out in real-world conditions. Manufacturers can benefit greatly from its use; being able to cheaply and quickly deliver parts, for example, can make the production cycle significantly smoother, while testing and certification processes are improved by the ability to physically hold production-ready parts within days of a design being submitted.

The poster boy for advanced manufacturing technology, 3D printing has been in existence for more than three decades but, as it continues to develop and evolve, still hits the headlines on a regular basis. Its benefits don’t appear to have been fully recognised by the aerospace industry, however, where wildly fluctuating requirements, resulting in orders being spread out among a number of different suppliers, may be holding back its more widespread adoption.  The fact is, the technique is largely ineffective as long as aerospace manufacturers are unable to scale up from single parts and components to full production.

In order to thrive in in today’s fast-moving and competitive market, aerospace manufacturers must find ways of improving the efficiency of their product development processes. A large part of this will require the industry to address the current skills shortage, redressing the existing misperceptions, and taking steps to attract and recruit the members of the workforce needed to make up the deficit. Also key to improving efficiencies is the more widespread adoption of advanced digital manufacturing techniques such as 3D printing.

Modern prototyping technologies provide manufacturers with the opportunity to save time and money, reducing complexity within the supply chain, and adapting it to ensure it meets with growing customer demand for the delivery of more products at higher speed and at lower cost.

Technologies such as 3D printing offer the aerospace industry a number of benefits, including increased efficiencies, and faster, smoother production, testing and certification processes. By embracing the technology, and by capitalising on these benefits, the aerospace industry will soon move from its post-economic crisis position to one in which it can deliver the growth predicted.