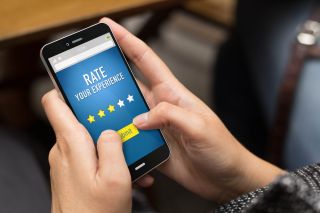 2016 was filled with events that no one saw coming. Political earthquakes at home and abroad, along with a Premier League title win by Leicester City, have made us a little more uncertain as we go into 2017. However, in the equally unpredictable world of business, we can be sure that new technology will shift customer expectations as companies battle to provide the best service possible.

No business has the benefit of a crystal ball, but by recognising the burgeoning trends for end-users and putting measures in place to support them, they can gain a significant head start. Below, we have outlined some key areas that will be crucial over the next 12 months, covering front-end advancements and the IT methodologies needed to deliver them. Based on current evidence, businesses can expect a customer experience revolution in 2017.

Towards the end of last year, we saw the launch of advanced voice activated products, including Amazon Echo and Google Assistant, which have set the bar on what a technology interaction should look like. The idea of opening up an app for a specific service will soon seem outdated when stood next to assistants that can listen and intuitively react to conversational commands.

Banks, including Santander and HSBC, have already experimented with similar features, ranging from voice activated apps to biometric security features. In 2017, we will see this functionality appearing rapidly through services that the customer already uses, whether this be voice activated assistants, such as Siri, or messaging tools, such as WhatsApp. Although there have been some examples of this already, such as MasterCard integrating with Facebook Messenger and Aviva integrating with Amazon Echo, we can expect to see much more.

Based on current momentum, most customers should be able to re-order their groceries, make banking payments, and order a taxi without having to click a specific button within the next 12 months.

AR will make a bigger splash than VR

Over the past two years, VR has received a great deal of hype from both technology companies and the media. However, Augmented Reality (AR) will make its claim as the more revolutionary platform. Whereas VR requires the user to be shut off from the outside world, AR overlays realistic images to a user’s physical environment, allowing them to complete tasks in the real world.

Microsoft’s Hololens, released in late October 2016, is the most promising example of the technology yet, offering use cases ranging from manufacturing to healthcare. 3D designers can see holograms of their models as they design them, while construction workers can overlay blueprints on real building sites.

Due to its high price point, we will most likely see this technology being introduced at the premium end of the market first. One luxury retailer is already devising a service that enables customers to see virtual furniture in their living room before making a purchase. However, AR doesn’t have to rely on expensive headsets to work. Niantic proved this with the massive success of Pokémon Go and Google’s Tango AR platform is allowing developers to create spatially aware apps on compatible phones. The current momentum means that AR features will be essential for some users when buying new software in 2017, meaning businesses should take note.

The rapid rise in customer expectations over the course of the year will drive microservices adoption, as companies race to bring new digital features and services to market. Microservices, which sees applications broken down into smaller parts based on business capabilities, allows enterprises to more easily change their offering based on demand and more importantly speed up release cadence. If one part of an application is not performing as well as it should, either from a technical or business perspective, it can be easily updated without having to re-invent the wheel, resulting in a more consistent service that is constantly expanding with new features that meet user needs.

A move toward this architecture can also bring added granularity where analytics is concerned, enabling a detailed understanding of performance. By setting up the right solution, teams can track specific parts of applications, and look at how they are impacting business outcomes of customer engagement or revenue — a particularly useful benefit when experimenting with new features. If a feature for Amazon Echo is not performing as the one for Apple’s Siri for example, the impact can be quantified and resolved much more easily than if it were part of a monolithic application build.

While microservices will enable a faster time to market for new features, it will dramatically increase complexity for IT teams. Each microservice must be seamlessly integrated, resulting in an intricate network of shared information through APIs, making it harder to spot the root cause of any problems. The importance of effective application monitoring will therefore be crucial as the architecture is adopted.

The virtues of DevOps have been touted for some time, and most forward thinking businesses have integrated this into their business in some form. Up until now, this has mainly been led by smaller, more agile businesses and in pockets across the enterprise. However, the demand for more advanced consumer interactions and faster releases means 2017 will be the year that enterprise-wide adoption becomes a reality. Many enterprises, such as British Gas, have already created DevOps teams within their organisations, and in 2017, we’ll see more of them adopt this approach.

DevOps will no longer be the term du jour for technology teams. The most successful DevOps deployments will be the ones that think outside of the IT silo and involve the wider business. To make this possible, businesses must have the right monitoring tools in place to allow them to speak the language of business transactions, rather than technical metrics. As a few of the larger enterprises take the lead is this area, their competitors will begin to take note.