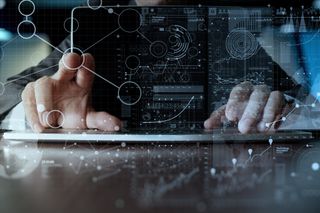 We are all by now familiar with the idea that analysing big data can result in business intelligence; that it can lead to better customer targeting, new products, sharper advertising and entirely new business models.

But in the realms of the defence sector big data’s impact extends beyond the bottom line. For the armed forces and those working to counter terrorism, big data analytics are  a powerful tool for combatting extremist groups at a global scale as well as decreasing operational risk and increasing the safety of troops and civilians whether they are in  Iraq, Syria or  Afghanistan. Today, understanding big data is changing modern warfare and how we keep citizens safe.

Big data on the battlefield

It’s during live combat where the ability to assess, assimilate and act on the insights big data can  provide turn into operational intelligence that saves lives.

Due to the rise of sensors for telemetry (the automatic measurement and wireless transmission of data from remote sources), drones and other military and airborne surveillance and connected reconnaissance tools, the military is generating vast amounts of the data.  This huge network of sensors produces data ranging from videos taken by drones, to text files, to satellite imagery. The MOD, for example, have been using autonomous vehicles for some time in the air, on land and at sea, where there’s limited knowledge about the terrain and environment where soldiers and other military assets may also be deployed. These are all generating data which can play a role in improving how and where people and assets are deployed.

The high value data generated by a wide variety of nodes in the connected military network is growing to almost overwhelming levels. The task is therefore how to render all this data useful; how it can be processed, assimilated, understood, exploited and then distributed to best effect. And it’s only through analysis that the patterns, trends and outliers which can guard against the loss of life, operational failure and improved security can emerge.

Why we need a defence big data strategy

At a time when operational manpower and budgets are squeezed, the armed forces should be maximizing their data. And with more and more connected devices and unmanned systems being deployed, big data analytics means they can sift through everything from data derived from surveillance and reconnaissance aircraft and social network analysis to battlefield videos.

Think for example of the benefits of processing and examining images and  video captured by airborne (drone) sensor systems that can monitor and carry out surveillance over  large areas , such as neighbourhoods of a city. If an event like an explosion occurs, this surveillance information can be passed on and shared immediately with teams on the ground and back at central control and an intelligent response derived and implemented  based on this knowledge.  This footage could also be analysed retrospectively to track the developments in the area that lead up to that specific event. In this kind of example big data can have a huge impact on outcomes and safety in the field.

The role that  big data plays in relation to international counter terrorism can also not be underestimated. Every year MI5 recruits graduates into its intelligence and data analyst development programme. This programme has been created to teach graduates how to interrogate large data sets, as well as uncover and map communications networks, or analyse geolocation data and look at trends. As a unit this department’s entire focus is on driving intelligence forward by identifying individuals of interest, means of communication or opportunities for disruption;  all of which contributes to improving the planning of operational deployments, surveillance operations and the overall safety, efficiency and quality of all MI5 undertakings.

Police departments in the US are also using data analytics to predict where shooting and violent crimes will occur and deploying officers to these locations, something which has resulted in a decline in criminal activity in these areas. It is possible that this also a tactic that could be extrapolated to cover the field of battle too.

Big data analytics have a hugely significant role to play in helping to manage the data deluge facing the armed forces and defence sector and those involved in anti-terrorism efforts.   Assisting analysts in focusing their efforts in ways that will decrease risk, operational failure and casualties is the way forward. In modern combat and counter-terrorism, data scientists are now emerging as one of the defence industry’s most effective weapons.