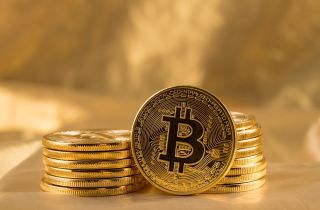 Open any newspaper or check out your favourite online news site and there will be at least one headline about Bitcoin. There’s no getting away from it. Cryptocurrencies are a reality and they are here to stay. In this article, Jake Fox, CEO of online casino resource, Casinopedia, explains why we can’t afford to dismiss Bitcoin and how cryptocurrencies are going to affect our lives.

Treasury cracks down on Bitcoin. Will it be tears or tosses for Bitcoin investors? Bitcoin hits new record — a bubble or bargain?

These are just a small selection of some of the recent headlines about Bitcoin. The digital currency has turned from a niche curiosity, to really upsetting the apple cart since it was launched almost a decade ago.

Everyone sat up and took notice when its value surpassed a record-breaking $11,000 in November 2017.

Billed as the world’s first decentralised currency, Bitcoin was developed as an open source platform to enable transactions without the oversight of a central authority. As most explainers will tell you, this is a system that uses a massive peer-to-peer network to verify transactions. Essentially, using a publicly available accounting ledger to ensure no one spends the same money twice.

The decentralised nature of cryptocurrencies is one of the main reasons people are wary of Bitcoin. The software and programming that makes it possible is completely open source and has been developed by programmers from all over the world. Even today, upgrades and advances in the programming are managed this way, with programmers, or Bitcoin miners, voting on whether to accept updates with their processing power.

A system like this necessitates that any security vulnerabilities are exposed in order for the community of programmers to develop the necessary patches. Unsurprisingly, this has led to some negative headlines about security.

However, all of these things combine to create something that I believe is going to change the way the public understands and interacts with technology. While some security concerns about Bitcoin are valid the currency’s community-led structure makes it difficult for anyone to manipulate the platform.  Putting control in the hands of people investing and using the currency for transactions is at the heart of everything Bitcoin is about.

Being built and managed by a community of people that are invested in Bitcoin (literally — programmers earn Bitcoins by donating time to work on the software), and being fully open about potential threats and proposed changes, the checks and balances are in place ensures that the platform remains relatively safe.

We’re living in an environment where cyber security threats pose a risk to all organisations, including those that do not operate on an open source model. One of the biggest impacts of a hack, like the WannaCry attack that affected the UK’s NHS this year, is the damage to customer trust. This is often driven by the feeling of confusion about why and how cybercriminals could have breached an organisation in the first place.

Unlike centralised organisations, Bitcoin’s systems have everything out in the open, with control in the hands of users. This helps end users understand what’s going on and encourages the trust that someone like them — with an investment in the platform — is working to protect its security.

An additional security benefit and peace of mind that Bitcoin offers is the fact that transitions can be completely anonymous and there is no need to store personal information, such as credit card details, on third party websites.

Cast your mind back to 2002, when PayPal changed the way the world buys anything online. Billing itself as ‘new money’, it is probably one of the core reasons e-commerce has been able to grow the way it has. In the UK alone, e-commerce sales reached £533 billion in 2015, making the nation the third largest e-commerce market in the world.

However, unlike new cryptocurrencies, PayPal requires users to store personal data, and even connects directly to bank accounts to facilitate the transfer of funds, making users vulnerable should the organisation fall victim to a cyber-attack. Bitcoin, on the other hand, simply requires an email address for fund transfer.

But, what does all this mean for us in our day-to-day lives?

While the currency continues to fluctuate, it can be difficult to see how cryptocurrencies will change our day-to-day lives. An easy way to think of Bitcoin is to compare it to gold, rather than to a flat currency.

Bitcoin is governed by the decision of developers to limit its production to a fixed amount of 21 million whole bitcoins. So, just as there is a finite amount of gold in the world, there are also only a finite number of Bitcoins. However, unlike gold, Bitcoins are a new frontier so the market hasn’t had chance to level out yet.

The biggest impact Bitcoin will have on our lives in the near future is for investment.

Bitcoin has risen in value by 600 per cent since the start of 2017, and in November the cost of a single Bitcoin exceeded $11,000. Bitcoin’s market capitalisation now exceeds the annual output of whole economies, being valued higher than the GDP of New Zealand.

Investors who bought even a small fraction of a Bitcoin have seen massive gains on paper. For example, one early investor, who purchased Bitcoins for just $115, recently treated himself to a rare Lamborghini for $20 million. It’s noteworthy that this savvy gentleman also completed the purchase using Bitcoin — so there was no need to move funds around.

Bitcoin has been an investment opportunity without precedent so far this year, but it is a currency. So, at the end of the day, people are going to want to use their coins to purchase things. Businesses cannot afford to bury their heads in the sand when it comes to cryptocurrencies, they must start and assess how they can facilitate customer demand as well as leverage the currency for themselves.

Price fluctuations may put businesses off using Bitcoin, but these can be largely mitigated by converting from flat currencies to Bitcoin and back again. In addition, UK and European governments are considering how cryptocurrencies should be regulated, which will go a long way to help stabilise the currency.

The biggest benefit for businesses is the ease with which funds can be transferred using Bitcoin. Sending money overseas, to pay suppliers or wholesalers for example, can be costly and slow. Bitcoin surmounts many of these obstacles, allowing money to be transferred in around 30 minutes and negates the need to perform multiple currency calculations.

Once the Bitcoin lands in the recipient’s Bitcoin wallet, they can withdraw the funds in the flat currency of their choice or use it to purchase other products or services.

The cost of a Bitcoin transaction peaked at around $5 earlier in 2017 and has since lowered. Even at $5, this is still substantially lower than the cost of a traditional international money transfer.

There is no clearer example of how cryptocurrencies will change the way we play, than the online gambling community. For people who use online casinos it can be a nightmare to withdraw your well-earned winnings and deposit it into your bank account when you rely on credit cards or systems like PayPal.

Some casino sites can take days to process credit card payments, and when you factor in public holidays, weekends and any other excuses to drag things out, it’s not uncommon to wait a fortnight to receive winnings.

These issues are particularly apparent in jurisdictions where gambling is badly regulated, allowing sharp practice by opportunist operators to slip through the net.

On the other hand, casinos that accept Bitcoin will typically release funds within 24 to 48 hours and they take as little as one hour to show up in your wallet. What’s more, cryptocurrency casinos aren’t as uncommon as you might think. There are already several online casinos dealing exclusively in Bitcoin and other cryptocurrencies. You can find out more about Bitcoin and casinos in our handy guide.

There’s little doubt that Bitcoin and other cryptocurrencies will continue to grab headlines for years to come. They are here to stay, and the sooner we all start and accept them, the sooner we can make the most of them.