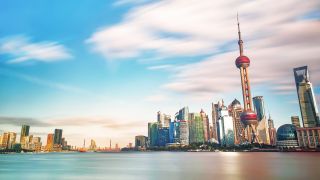 Once regarded as an unsurpassable star of the global tech community, Silicon Valley seems to be losing its shine. Suffering from a severe case of saturation and having outpriced itself from the agendas of some of the most exciting tech businesses to emerge on the scene, this super-hub is feeling the pressure. And while murmurings of a slowdown overshadow the future of Silicon Valley, a host of hot new hubs are embracing the opportunity to dazzle investors and innovators alike. Founder and CEO, Cocoon Networks, John Zai, shares his insight on how China is fast-becoming a firm favourite to become the tech world’s next beacon for innovation.

With a vast and colourful history of attracting some of the world’s most talented innovators, Silicon Valley is not dead yet, regardless of those investors who have heralded the beginning of the end for this tech city giant. But the lower rate of growth inside this elite hub does point towards a definite slowdown.

Out of the negativity, however, comes a positive force: global competition to become the next tech stronghold is intensifying as this slowdown incentivises emerging cities to pick up their pace and vie for pole position.

Without doubt, Silicon Valley and fast-emerging US hubs such as Indianapolis and Pittsburgh remain an attractive option for western businesses because expanding via the US is often the easier route. The problem with the US market however, and in particular its high-tech sector, is that it is becoming increasingly saturated.

And so, beyond US shores, where might investors and tech businesses find their new beacon for innovation?

Innovation is ultimately what makes Silicon Valley tick, and intelligence is the fundamental ingredient needed for innovation to happen.

When Venture Capitalists make decisions, they always consider the start-up team, particularly the technical background of the management team, as well as the IP. Other supporting elements include the ability to collaborate effectively, especially cross-culturally. Flexibility is also a pre-requisite.

Equipped with these vital ingredients, China is cooking up a formidable reputation on the global tech map. Add to the mix its massive investment capabilities, supercharged efforts, and lower costs of setting up, and the lure of China becomes clearer than ever before.

In addition to having both the capacity and drive for growth, China also benefits from significant support from its government. The high-tech industries – especially Cloud Computing and Artificial Intelligence – form part of the country’s national strategy and receive lots of policy support. In 2017, half of all AI investment went to China for the first time. It’s a very different scene compared to a few years ago when some Chinese investors were seeking investment abroad in the real estate sector and entertainment.

This new support for the high-tech industries has and will continue to attract more VC and PE firms to invest. In turn, this will allow more startups to develop and will invariably attract more talent: it’s an ever increasing spiral of growth.

With this level of commitment from the Chinese government, startups with the right connections can really get the help they need to expand locally. Ten years from now the landscape and policies may be different, so now is the perfect time to get on-board: the earlier a business starts in China, the more revenue they’ll reap in the future.

To comprehend the real potential China offers to the global tech community, businesses need only look towards some of the nation’s greatest success stories.

Baidu, Alibaba, and Tencent are important flagships that enjoy international renown. While they operate mainly in China, their portfolio of acquired companies is truly global.

Of all the ventures, Tencent’s super-app WeChat has been perhaps the most obvious success story. Just last month, Tencent’s CEO, Pony Ma revealed the platform had exceeded 1 billion users. Playing an integral role in shaping a 21st century China, WeChat has ingrained itself into just about every aspect of daily life.

With Tencent and Huawei based out of Shenzhen, Alibaba headquartered in Hangzhou, and Baidu hailing from Beijing, any one of these cities could be earmarked to become the next Silicon Valley.

But who says there can be only one?

Each city has its own specific focus and strategy to support growth, and so it’s important for newcomers to understand which city is right for them. They have to build direct relations with the local government of that city: long-term trust is vital for success, so the earlier a business makes connections, the better the experience.

Hangzhou: With so many systems supported by Alipay, Alibaba effectively changed the way people live in China, and so its home, Hangzhou, could be a natural first choice and is particularly appealing for tech startups.

Shenzhen: If robotics and AI is your niche, then Shenzhen is the hotbed for you as government policy is very supportive of this. Notably, the city ranked 13 on the KPMG 2017 Global Technology Innovation list

Shanghai: One of the earliest hubs to develop, Shanghai remains attractive for multinational major players and state-owned companies, which means the environment isn’t always suited to early stage startups – unless the sole aim is to be acquired by one of these titans. On the upside, Shanghai offers a fantastic network of global capital-backed investors and industry resources.

Beijing: Home to a host of TMT giants and startups within the culture and entertainment sector, startups in this field will thrive here, with plenty of local government support too.

Guiyang: a city in the Guizhou province, Guiyang has worked hard to evolve into what is widely recognised as the centre of Cloud Computing in China. If any of these cities take the Silicon Valley crown, Guiyang will be the one to watch!

With such a strong assortment of hotbeds for innovation, why have these cities not yet gained ‘Silicon Valley’ status in their own right?

One of the key obstacles has been the fact that the ‘copier of products’ label hasn’t yet worn off. China used to copy products from the western world as Chinese companies then only wanted to make small amounts of profit, selling to local clients and producing at low costs.

The government since realised the importance of China morphing apace into a developing country. To do so, its resources were put into industry-specific education. Consequently, the higher paid jobs which were once secured by graduates with finance backgrounds are now being taken by software engineers, for example.

Time and caution have also been major challenges: it can take significant time to build networks and government relations in China. And cautious of differing policies, the government wants to encourage more outbound investment in the sectors which can benefit China’s tech landscape in a significant way.

Last but not least, the cultural barrier itself makes global marketing and communication difficult, meaning a strong strategy is vital.

While the challenges are real, they are not impenetrable. China’s aspiration to become – or be home to – the next Silicon Valley has driven the nation to address these problems and find effective solutions.

Furthermore, there is an increasingly compelling air of confidence surrounding its capability to positively impact international businesses.

The work ethic in China is fierce: due to a large population, and more and more great talents have high education domestically or abroad there’s a lot of competition, and people seize the smallest opportunities to reap rewards later down the line.

Chinese business culture is efficient in the sense that the tech is well integrated. WeChat, for example, enables business to be done on-the-go. Typically, WeChat responses are fast, within minutes in fact, as opposed to traditional email systems used in the US and Europe which can slow things down.

The younger generation are social media savvy when it comes to promoting their work, and are incentivised towards progression.

As China’s most progressive cities continue to push the boundaries of what’s been possible in the tech world so far, the ‘here and now’ marks the ideal time for businesses in the west to prepare themselves for a new Silicon Valley experience – Chinese style, and to the power of five. Here’s what they’ll need: