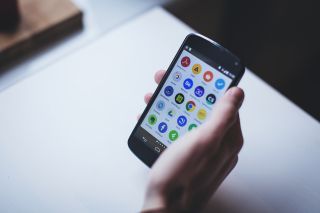 Everyone knows about the Twitters, Facebooks and Snapchats. The top-flight of the app market is dominated by these apps that not only command a lot of attention from users but also come with huge price tags if ever they are sold. It is easy to think that this is the general story for the app market but a closer look shows another market of apps that is a bit more humble.

The top-flight market is reserved for a small number of apps that are wildly successful with users, have innovative technology, or both. Traditionally, whatever acquisitions happen in this market are driven by the giant technology and online players like Google, Facebook, Microsoft etc and usually include staff as well as the intellectual property behind the app. The low-to-mid tier app market works slightly differently to this, however.

The sellers of low-to-mid tier apps are typically different. They tend to be ‘part-time developers’. According to Vision Mobile, 43 per cent of mobile developers are either hobbyists doing it for fun or independent developers who are doing it as a side project. These guys make up the majority of the 6 million apps that populate the Apple App Store and Google Play (3 million each). And with the app marketplace continuing to grow, the challenge of generating revenue is increasingly difficult. At the moment, more than half of app developers are operating under a ‘poverty threshold’ of $500/month in revenues (according to Vision Mobile, again).

Also, in the low-to-mid tier app market, acquisitions are mainly concerned with software assets, rather than a company with staff. This means apps with users, completely new apps or simply source code. The apps that are being traded are stand-alone, rather than a channel to market. Apps in this market are bought in order to continue to be run. Rather than close them down or incorporated into a wider product, buyers often invest in them to boost growth and monetisation potential.

For some of these developers, selling the app is rarely the first option but if the revenue remains limited or if doesn’t show any realistic chances of improving, it tends to become more of an option. They might sell because they want to get on with other things or simply because they need to release some capital. For example, one developer who recently sold his app to AppsBuyOut did so because he needed to pay for his honeymoon.

Making the decision to sell an app is never easy but if it ever comes to that point, developers and app owners need to ask the difficult questions to make sure that their app is rightly valued and that they are getting the best deal. Developers need to ask ‘do I really need to sell my app?’, ‘how do I find out how much my app is truly worth?’, ‘what due diligence do I need to undertake to make sure I achieve a successful exit? and many more questions to make sure they get the best possible result.

Valuation is driven by a range of different factors, including installed base and daily active users (DAUs). Revenues and profits can be important but it’s not always all about that. For developers, many of who would’ve invested a significant amount of time and money in their app, it is understandable and right that they come with high expectations of the value of their app. However, regardless of how hard the developer has worked, buyers’ valuation process will be slightly different. They will be evaluating what return on investment they can expect from an app acquisition.

Depending on the app buyer’s strategy for taking the app forward, they may place greater emphasis on one or more of the factors listed above (install base, revenue etc). It is important for app owners to know how their app rates for each before stepping into the app market to sell the app.

As in every transaction, it is always a good idea to get quotes or bids from at least three buyers to make sure you are getting a fair price before proceeding with your sale. If you are selling an app with users, there are many routes to an exit but app owners should consider direct buyers, marketplaces with a full-service solution, market places with listings and brokers.

Going into the right hands

Direct buyers will deal with app owners directly to buy an app, so deals can be quick and cost-free. Marketplaces with a full service solution are a bit like eBay – they provide a full process framework for app owners to use, but you pay a share of the proceeds for the convenience. They typically have an option to run an action for the app. Marketplaces that mainly provide listings, on the other hand, are a bit like classified ad portals. App owners can simply advertise their apps but they have to deal with negotiations and payments themselves. Brokers will have access to buyers and do the deal on your behalf. As commissions are high for this service, it only makes sense it the app is in the high mid-tier.

While app marketplaces may also enable app owners to trade in source code, there are specific sites which focus on source code exclusively. SellMyApp, for example, will give you a 70 per cent cut when your app is licensed to a buyer. They also offer a range of services to buyers on top of the source code, such as re-skinning. Developers get no part of these revenues.

Most importantly, app owners must make sure they are dealing with a serious, reliable buyer. After all the work that would’ve gone into creating the app, taking some time to research the buyer and make sure they have a good track record, good credibility and that their offer is genuine will do no harm. If you are going to hand over the intellectual property behind your creation, it is important to ensure that it goes to someone that can help it flourish.