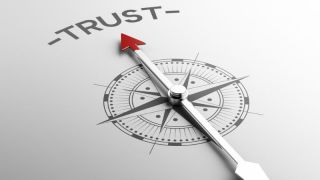 Whom to trust is an increasingly complex issue and separating fact from fiction, in an age when anyone can mass produce and share information, is getting harder. At the same time, trust   continues to be shaky. Today people are most trusting of others they believe to be like themselves and those they have a ‘close’ relationship with.

Interestingly, one traditional institution that is gaining people’s trust faster than any other is ‘My Employer’. This was a key finding in the 2019 Edelman Trust Barometer study and it offers huge potential for HR professionals looking to develop greater engagement and cultural cohesion in their workplaces, plus improved media literacy.

Trusting the ‘hand the feeds you’

Globally people have more trust in their employers than in any other single institution, with trust levels running at 75 per cent. This is 19 points more than corporate business in general and 27 points more than government. Employers are in a position to really positively influence their workforces.

At the same time, we know that people are also more worried about misinformation and fake news - content created to be deliberately misleading or to be used in a misleading way - than ever before. Globally, 55 per cent of people surveyed in the 2019 edition of the Reuters Institute Digital News Report from over 35 countries said they were concerned about misinformation.  According to the Edelman 2019 Trust 2019 survey, 73 per cent are worried about fake news being used as a weapon to influence and people are encountering roadblocks in their quest for facts.

In the UK, concerns about fake news are particularly high. Unsurprising given the ambivalence around Brexit. 70 per cent of Reuters Institute survey respondents agreed with the statement "I am concerned about what is real and what is fake on the internet", up 12 per cent on the results from a year ago.

Combined, these findings highlight that if employers really want to build engagement and a strong culture, they already have the trust of their workforces as a starting point. And when it comes to education about fake news, they will have their employees’ attention.

How can you be supporting employees to navigate the world of fake news? And how do you guide them towards accurate and informed sources when they turn to Google for research?

Here are four aspects of the media in context of wider society that every employee should be aware of.

The Ofcom 2019 Media Literacy study verifies that UK adults totally rely on their phones to manage their lives and they are not as savvy when it comes to the information they consume as you might expect. There has also been little change in critical awareness in the past few years, with many still lacking the critical skills needed to identify when they are being advertised to online. Over 40 per cent of people are not aware that YouTube is funded through advertising when they view video content online and 50 per cent of consumers did not appreciate that Google’s revenues are generated through search advertising.

One in three adults never uses a computer to go online and one in ten only uses a smartphone, up since 2017, with social media becoming a key source of information. Compared to 2017, internet users are more likely to have encountered hateful content online, however around a third don’t do anything about it – unsure what to do or whether it will make a difference.

Does the truth exist?

The question of whether the truth actually exists has been a topic of debate for many years and now we have the notion of ‘post truth’, based around the idea that people will believe information if it resonates with their emotions and beliefs. Rather than weighing up the facts, they will accept as ‘the truth’ information that appeals to their prejudices and sensibilities, hence why fake news is has so much potential to influence.  In a post truth era, we believe what we want to believe.

72 per cent of people say they consume news information at least weekly and they share or post content at least several times a month. Now in response to the threat of fake news, they say they are turning to more "reputable" sources, but do they know what that looks like?

Deciding what constitutes a reputable news source is frequently left to people to determine by themselves. It’s a difficult task when campaigns like “Fishwrap” are freshening up old news and recycling it as new.  Anonymous fakers are using increasingly sophisticated techniques to publish misleading information and influence voters, for instance, using fresh stories that link back to old sources running on anonymous servers.

Even Donald Trump is regularly linked to fake news and his inauguration was marked by the release of ‘alternative facts’ concerning how many people attended the actual ceremony. And what’s the difference between an alternative fact and fake news? Given the position of trust they hold, employers can be playing an important educational role here, to determine what’s real, fake or just an ‘alternative’ version of the truth.

Seeing is believing, or is it?

We’ve all seen those memes and videos, many of them totally implausible. Sharks in swimming pools, monkeys playing the guitar. They are harmless and obvious fakes but many images are used to deliberately mislead and influence. Teach your employees about easy ways to verify authenticity. A simple check to test whether an image is genuine is to right click on anything suspicious and use Google Reverse Image Search to confirm its source and production date.

The darker side to personalisation

Daily Mail or Sunday Times reader? Most people have a distinct preference when it comes to the places they go to for news and tend to use sources that are aligned to their beliefs. But what constitutes ‘news’ today goes far beyond just confirming our unconscious biases. We are all fed information that is consistent with our user profiles and search histories. This means it’s too easy for the unsuspecting to be influenced by fake news.  The media has proliferated to such a degree that we are being targeted with the messages we want to believe and it’s easy to live in our own personal informational worlds, or ‘bubbles’ as Barak Obama describes them.

There have always been people with kooky ideas and most of the time it’s pretty harmless ‘crazy uncle’ type content, but that’s the danger with fake news. The best examples are designed to be something plausible that you want to be true and when you are only being fed information that matches your beliefs, it’s even harder to be objective. It’s akin to propaganda on a grand scale and often being done covertly, micro targeted to such a degree that people don’t even realise it.

Social media in particular plays a key role in the dissemination of fake news and for many people who access the Internet via a smartphone only, it’s their primary source of information. These users are now less likely than in 2017 to see views they disagree with on social media and 25 per cent of respondents stated they ‘rarely’ see alternative viewpoints to have beliefs challenged.

Employers have a duty of care when it comes to media literacy and helping their employees to become more discerning about online information and being in such a trusted position demonstrates they have the means to do so.