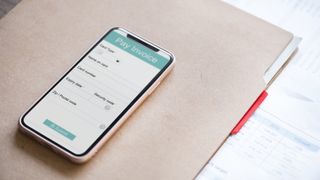 Many business owners across the United Kingdom are reporting that getting paid late is more of a concern to them than the country leaving the European Union. Late payment is the problem that just won’t go away for small and medium-sized businesses (SMBs).

Eight out of ten SMB bosses fear they may not be able to cover their own work-related bills because of being paid late by customers, according to our recent research. More than half have had to dip into personal savings or use emergency finance to pay their company expenses as a result. Yet, far too few realise that changing up your tech stack could in fact be the cure to this all-too-common headache.

Summertime - and the living isn’t easy

Summer is the worst time of year for getting paid, two-thirds of businesses say. In fact, almost half of SMB owners only take between one and two weeks of holiday a year because they’re too worried about payments to allow themselves time away from the business. One in ten has no vacation at all, our findings suggest.

It’s no wonder that 41 per cent believe late-paying customers are having more of a negative effect on their operation – and mental health - than Britain’s imminent divorce from the European Union.

If British businesses were all paid promptly that would equate to a £2.5 billion annual boost to the UK economy, the Federation of Small Businesses calculates. Vitally, around 50,000 SMBs in Britain would be prevented from closing every year. And it’s not just UK firms that suffer because of unpaid bills.

Our research in France shows that 50 per cent of French SMB bosses have had to sacrifice salary due to being paid late. In Australia, more than six out of ten business owners have had to forgo their own pay, holiday or hiring new staff because customers have left them out of pocket.

The irony is that technology has made both demanding and collecting payment easier, faster and more reliable in recent years. More entrepreneurs are discovering the merits of cloud-based services, shifting their accounting and invoicing to digital systems. Invoices can be sent out automatically on the completion of work. Embedded, click-through options on e-invoices allow customers to pay the sum owed immediately with just the press of a single button. Accounts can be reconciled in real time without the need for human intervention.

However, while more firms are moving to the cloud, only 43 per cent of UK businesses currently use technology to help themselves get paid on time. In practice, too many still use arcane payment collection systems - about 60 per cent of invoice payments are collected using bank transfers or cheques, with small businesses being the worst offenders.

Small business owners spend about 10 per cent of every day chasing payments. It’s unacceptable for them to have so much uncertainty around when they get paid. When late payments are resulting in founders taking emergency finance or not paying their own bills promptly, it’s time to do things differently.

Good payment practice starts with how you communicate your payment structure and terms. Always be explicit with customers from the outset about how you prefer to be paid whether it is via a Bacs transfer, standing order, credit card or Direct Debit. Make the payment deadline clear, as well as the potential negative consequences for those who settle late.

It is through automating processes – credit control and payment collection – that SMBs can really make a difference to their cash flow and the general health of their operation. Software that can issue payment demands and send out reminders for sums outstanding is readily available and increasingly inexpensive. Apps such as Chaser, Fluidly and Satago also fulfil such functions with speed and ease.

Introducing ‘pull’ payment mechanisms, such as ACH and Direct Debit and employed using GoCardless, enables a company to collect cash owed directly from a customer’s bank account. Funds arrive automatically, which makes forward planning a real possibility. Plus, client relationships are less strained when the need to chase payments is removed from the equation.

GoCardless now uses technology to connect with a business’ existing accounts, integrating with software such as Xero so that firms can collect recurring payments via Direct Debit seamlessly, employing the systems they use every day.

Direct Debit is a great way for businesses to tackle late payment culture by guaranteeing more certainty around when they get paid. Business owners should be able to focus on running and expanding their enterprise, not spending days chasing unpaid invoices, weighed down with admin.

Peter Czapp, founder of The Wow Company, a specialist SMB accounting practice, agrees, highlighting that getting paid promptly not only brings peace of mind, but can also enable companies to act on their plans for expansion. He says: “If you can get 75 to 80 per cent of customers paying by Direct Debit, you can just sleep better at night. This tactic helps small businesses to pay staff on time and invest in the business.”

Getting paid on time is a right, not a privilege. But business owners must take responsibility for their organisation’s financial health and act to put policies, procedures and infrastructure in place that work to minimise the late payment threat. The digital age has provided a wealth of practical, low-cost and high-tech methods to reduce payment times and ease the headache of unpaid bills. Some companies have even reduced their debtor days to zero thanks to automation of invoices and cash collection.

Healthy cash flow, a reliable salary, paying staff on time, taking regular holidays and having funds available to invest in the business for future growth. All of these things can be achieved by embracing the advances that payment technologies bring. Brexit may be beyond the control of British businesses, but how and when they get paid certainly is.