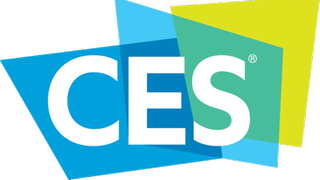 It's January, which means that the eyes of the technology world turn to Las Vegas in anticipation for CES 2018. However despite the name, the Consumer Electronics Show is increasingly featuring B2B technology as manufacturers look to show off their latest creations and releases.

CES 2018 promises to be the largest edition of the show to date, so what will it bring for the B2B world? ITProPortal takes a look at what you can expect.

2017 appeared to many to be the year that Artificial Intelligence went mainstream, as it seems every product and service being released boasted some kind of AI. Now that the systems and technology are widespread, however, it is now down to the industry to take AI to the next level.

CES 2018 will doubtlessly figure many consumer devices featuring AI capabilities, but the B2B world should also see a number of new releases and advances too. This year's show features more conference sessions on AI than any other topic, alongside an all-new Artificial Intelligence Marketplace to showcase the latest products and technology, with exhibitors including Yamaha, Baidu and NovuMind.

"AI-enabled personalisation will grow to be the CX differentiator between providers over the course of the next 12 months. Technology is becoming emotionally aware and responding to the mood of the customer. Both the words used and physical factors such as expression and tone of voice are opening the road for AI-enabled virtual agents to become sensitive to customer needs at a deeper level than ever before."

"The expanding connectivity and uses of AI will be a central storyline at CES 2018," says Gregory Roberts, managing director for Accenture’s North American high-tech industry practice. "The story will be about more pervasive use of the technology than at last year’s CES, spanning a wider range of applications, connecting to more devices and networks."

We're also expecting many of the existing top players to unveil new updates and advances at CES 2018, as they look to build on their existing expertise in the area.

"AI is not new to CES, but this year, we expect to see a shift away from standalone AI devices and towards more of a ‘smart ecosystem’," says notes Frank Palermo, global head of digital solutions at Virtusa. "Led by products like Amazon’s Alexa, this will see various things in our homes – thermostats, lighting, AV devices and even home security tools – fully integrated with each other. Ultimately, this trend will reshape consumer purchasing habits, and organisations will need to adapt accordingly.”

"AI has reached an inflection point where it is no longer thought of as “artificial” or an interesting technology trend but rather a real, expected and routine part of people’s business and personal lives nearly everywhere they go," Roberts adds. "Like a Wi-Fi connection, AI has become something we expect and that it will deliver what we want."

As the 2020 deadline for 5G network launches approaches, firms around the world are jostling to show off their progress as the technology nears its official unveiling. Businesses will be able to greatly benefit from 5G technology, enjoying faster and more reliable connections that should hugely improve efficiency and productivity, so the area is likely to be a major presence at CES 2018.

The show will feature talks by some of the world's biggest network and telecoms providers, with the likes of Ericsson, Nokia and Qualcomm all featuring on the agenda to discuss the latest advances in 5G.

This year's Winter Olympics at Pyeongchang in South Korea may mark the first time 5G-ready infrastructure is demonstrated in the wild, as the nation continues its push to be seen as one of the torch-bearers for 5G. This push is likely to be mirrored at CES 2018, where network suppliers and supporters alike will be keen to show that they are on track for 2020's deadline.

However this may yet not come to full fruition just yet, as companies take time to put the finishing touches to their 5G products, meaning everyday users may not see benefits for some time. As Naji El-Arifi, head of innovation at Salmon says, "If truth be told, companies may try and push 5G trying to make it a big deal but for consumers it is a technology that they are not going to see fruits of it for a while.”

5G is also likely to provide the backbone for the huge growth in IoT devices, providing the secure, fast and reliable network connections needed to power billions of products across the world, so expect a wide range of collaboration announcements or tie-ups between network providers and device manufacturers.

Internet of (even more) Things

The Internet of Things looks to continue its vast growth in 2018, with more and more items getting connected up. Along with a wealth of consumer-focused IoT products, CES 2018 is also looking to showcase wider-reaching uses of the technology.

This year's show includes for the first time a dedicated Smart Cities exhibition, presented by Deloitte, which looks to show off the many use cases of smart connected technology across the world. With global spending on smart cities set to hit $34 billion by 2020, the need to implement the right solutions is more important than ever, and CES 2018 gives companies and cities alike to show off their wares.

The show will also feature a speaker slot from Elaine Chao, the current US Secretary of Transportation, who will be speaking about the transportation transformation projects underway at the moment.

Lastly, smart energy will also be a major focus, as increased need for sources to power a growing network of devices also becomes a priority. Energy efficiency still needs to take major steps to truly affect our world, but the rise of smart meters and grids will hopefully go some way to creating this.

A triumphant CES debut for Blockchain

The growth of blockchain, particularly the stratospheric rise of Bitcoin, was one of the biggest stories in the technology world in 2017 - and one that now looks set to extend into this year.

CES 2018 will almost certainly show off a number of new ways for suppliers, manufacturers and users to benefit from blockchain technology.

"Over the next five to ten years blockchain will likely disrupt many industries," says Accenture's Roberts. "The technology offers promise across a wide range of business applications, including consumer electronics, payment processing and banking, healthcare, online music, content micropayments and private transport, to name just a few."

He adds that blockchain will be the focus of multiple talks, focusing on the wide range of potential use cases for the technology. This includes secure open-source smartphones, decentralised networks of IoT devices using blockchain to communicate, or new P2P ride applications. Whatever the possibilities, blockchain is likely to be one of the hottest topics at CES 2018.