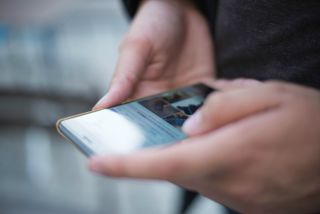 As a spectator sport, Wimbledon’s popularity is stronger than ever, in no small part down to the nation’s complicated love affair with Andy Murray. Despite its long-standing traditions, tennis is undergoing a digital transformation: now in its seventh year, the Wimbledon Championships app is now serving as a proving ground for experiments in new technology.

Sitting at the side-line of centre court is a full-on sensory experience. Springy acoustics, sweet treats and top-level sport, all enjoyed in one of Britain’s hottest summers, already made this year’s fan journey exceptional. What then, is to be gained by bringing technology to the centre court?

Technology must improve this already first-class experience to make it worthwhile. But for the organisers themselves, there is a retail advantage being realised globally – at last year’s Superbowl, there was a 67 per cent increase in food and drink orders thanks to an in-seat ordering app.

The financial benefits are obvious, but it’s crucial that global events such as this move into digital avenues with a full understanding of human behaviour. A real-time analytics strategy is essential to reveal how the user experience unfolds. Otherwise they run the risk of taking on more they can handle, and to the detriment of their image.

All about the serving

The Championships app was designed to enhance the Wimbledon experience. Across the broad demographic represented by the hundred thousand attendees, it must be easy to use and nimble. Research by AppDynamics, the App Attention Span Index, shows that if an app fails to respond after just one attempt, two-fifths of users will be inclined to delete it. With such a high-profile event, any application bearing the trademark must run as smoothly as possible, while coping with a huge volume of users in a finite time window.

Bringing an application to market can be an extensive process and providing a worthwhile user experience is essential to bringing any financial gain. Each of the services provided by the Wimbledon app has an opportunity to embed retail and other functionality into the messages directed at fans, but it will only be effective if done seamlessly without impacting the app’s prime functionality.

The reason for this lies in thinning patience for digital services, with the Index also showing that over two fifths of consumers say we are less forgiving of problems than we were two years ago. With expectations on the rise, it’s likely that tolerance for poor app performance will be at a minimum for those fans in the stadium. Over a third of app users say they are wary of companies whose apps are known to be glitchy. As real-world experiences become digitally augmented, we as fans will hold to account anything that impacts negatively on our enjoyment.

This year, Ask Fred, a chatbot driven by Artificial Intelligence (AI), was introduced alongside the Wimbledon app, with data-led match predictions and players’ performance histories have potential to raise tension and make the game more engaging for tennis fanatics. At this point in their development, many of these features are still experimental and their success among users is difficult to gauge without analysis of how they are used. To ensure these new tech offerings are a long-term success for fans, retailers and venues alike, developers must monitor their real-world actuation.

Fred, built on IBM’s Watson AI, is still learning the tennis niche. Exposing it to real world queries paves the way for a more sophisticated rollout in the future. The issue at this point from a user’s perspective is whether it improves their experience, inhibits it, or brings unnecessary frustration and detracts from it. Any app designed for mass-engagement must set a clear analytics strategy to understand performance in real-time.

A slam tracker, intuitive map, and match-analysis tool were also part of the app. This information allows us to cut through conjecture and gain an idea of how each athlete might perform in different scenarios. By bringing this depth of insight to the live game, fans were treated to an even more immersive experience, but not necessarily one that will drive on-site revenue.

From Rolex to used balls, commerce drives Wimbledon. Woven into the app was a digitised sticky pad to help plan your visit. By default, it listed suggestions on retailers, places to visit within the complex and other experiences, and these were key to driving the commercial aspects surrounding the event. By analysing how a user engaged with these features, retailers can be shown evidence of how the app directly affected their sales figures and drive continued investment.

Given the NFL’s phenomenal success in driving up drinks and merchandise sales through an app, there is a strong case to be made for all manner of events beyond Wimbledon to adopt nudge technologies – those which make impulse buys more convenient – to increase revenue on-site. The performance analysis of Wimbledon’s app will make for an excellent UK-centric case study of this.

Crucially, over a quarter of people feel problems with retail apps are the most disruptive or anxiety-inducing, so an app-led sales strategy must be watertight or risk spoiling the special occasion. We spend the equivalent of a day a week online, and as such, might want to switch off at events like Wimbledon. The only way to ensure this isn’t happening, that the technology isn’t perceived as detrimental to the live Wimbledon offering and is positively affecting the bottom line, is to offer a seamless customer experience.

Each year developers are learning more about bridging the divide between real life and its augmented counterpart, and businesses are learning more about the financial gains it can bring. As AI chatbots like Fred become more intelligent, the benefits will become more apparent, and human-computer interaction will improve in kind. There is a huge incentive for event organisers to take on board performance feedback from those who use their technology and make informed improvements. A hurried or poorly-designed app could turn sentiment against you from the outset, and detract from the immersive atmosphere.

With the tournament concluded, it won’t be long before the number of app users flatlines. Tennis is very much a fringe sport for much of the year, so it is an expected end to a short lifecycle. Whether the new features have affected revenue remains to be seen. Based on usage data, analysis of the app’s performance will tell us where revenue is directly affected, as well as any barriers that impacted sales.

For venues that host large audiences year-round, the decision to introduce a bespoke app could be a smart investment. But as users’ expectations rise, so too must the quality control. The new generation of real-time technology is going to be embedded in our everyday lives and it must put the user first.