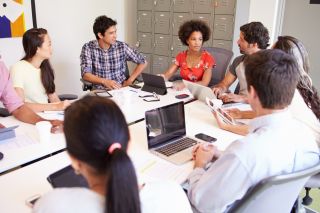 Is IT the lynchpin of enterprise innovation strategies or is it increasingly shared with different lines of business or ‘outsourced’ to internal functions like security or networking? Is the CIO the orchestrator or just a facilitator, playing second fiddle to powerful lines of business or global technology vendors?

To address these fundamental questions, we conducted a research survey that interviewed 400 CIOs (200 based in the US and 200 in the UK) in global enterprises to understand if:

Innovation above all else

Moreover, nearly two thirds of CIOs (64 per cent) interviewed say they concentrate on resolving their customer issues, highlighting the importance of purposeful innovation in boosting the customer experience, co-production and process transformation.

Arguably the study’s biggest surprise is the decline of ‘top down’ innovation strategies – only 28 per cent of interviewees say they have a board-driven approach to IT invention, down from 52 per cent for two years ago and only 24 per cent of CIOs predict they will see ‘top down’ control of enterprise’s technology innovation in another two years’ time

Interviewees recognise a growing interplay between the board, CIO, specialist departments and corporate business units when pursuing technology-driven change in a global enterprise. Whilst almost half of CIOs (48 per cent) questioned says they want to lead on innovation, almost as many want to play a collaborative role in it (43 per cent). Joint approaches to innovation are on the rise, with collaborative strategies now used by 41 per cent of CIOs - against only 30 per cent saying they were doing so two years ago.

This joint endeavour, between boards, IT team, technology partners, customers and internal departments like networking and security, shows how closely today’s CIOs work with customers and suppliers, and the greater clout that customers now have with enterprise IT teams.

IT teams keep control - with global partners to help out

The need for IT bosses to seek co-operation with colleagues and partners in understanding anything such as customer’s needs, 24/7 security monitoring across regions, and sorting out slow-running applications, has a ‘ripple effect’ across the wider survey responses.

While more than half of interviewees (58 per cent) wants to manage IT in-house, we were not that surprised that more interviewees (43 per cent) run decentralised IT functions than centralised ones (35 per cent). Most revealingly, perhaps, one fifth of the survey (18 per cent) runs its corporate technology through a specific function of the organisation, like security or networking.

This willingness of CIOs to hand over responsibilities to enterprise colleagues may be a simple recognition of the constant ‘do more with less’ pressure on IT bosses - or it may be an indicator of the expert skills sets residing within internal corporate functions, particularly where companies have grown rapidly by acquisition.

And with such pressure to deliver customer demands, business and partner outcomes, it’s scarcely surprising that enterprise CIOs are turning to a wider range of technology partners to bring about innovation.

While a majority of those that we questioned (55 per cent) turns to a global management consultancy as their key IT innovation partner, this route is only slightly more popular than using specialist technology consultants with global reach, or in-house technology units, (both 45 per cent) and regional IT partners (41 per cent). Over one third of interviewees say that their go-to IT partner is either a global non-consultancy partner or a local technology partner (both 36 per cent).  Today’s CIOs are just as likely to team up with a specialist managed services provider or a regional IT expert as a global technology vendor.

CIOs know that old-style ‘board-driven’ or in-house innovation models will no longer satisfy customers who are already working closely with them in extended supply chains or federated business models, giving them far more influence than before. IT bosses are increasingly having to defer to business units that are close to the customer, or to turn to third parties that can take on tasks like security or networking monitoring, to deliver better customer experiences and more agile innovation processes.

However, our survey proves clearly that CIOs are taking ever-more sophisticated approaches to make innovation happen on a world-wide scale. IT directors are getting a freer hand on strategy for sure but when it comes to executing plans across multiple time-zones or hundreds of corporate locations, they are frequently having to set up new types of collaborations or regularly hand over specific areas to outside experts as their in-house teams lack the skills to get the necessary results.