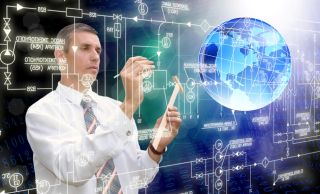 From finance to marketing, HR to operations, teams continue to spend much of their working day entrenched in tedious, manual, repetitive tasks. Automation promises to make work suck less by taking care of the mundane and letting people get on with the parts of the job they enjoy the most. It has been hailed as the way enterprises of the future will improve employee satisfaction, boost innovation and productivity, and create competitive advantage.

A recent survey of over 500 employees across a range of job functions and organisations from global to mid-sized companies, examined the current attitudes towards automation and the impact it will have on how we work. The survey found that almost a fifth of people spend half their day (over 4 hours) and nearly 35 percent of respondents spend between two and four hours of their day completing manual tasks. Fifty percent said that less than 40 percent of their workload had been automated. Over time, that’s a huge number of hours wasted on tasks that could be easily automated, freeing up teams to be more creative, more innovative and more productive.

It turns out, the things that have worked well for software developers – speed, collaboration, creativity – also work well for most other parts of the business too. Much like agile tools and approaches have done. Agile is now a recognised practice of iterative small improvement across the business. Think of the possibilities if automation could be applied across other parts of businesses as well:

This is absolutely the direction automation is going in. Automation tools can empower any type of user - not just IT - to do more with software. If routine, mundane jobs can be automated, then people can apply themselves to solving more complex, higher value problems, and potentially do more creative projects that make their jobs more interesting and fulfilling.

The rise of low-code and no-code automation tools is making this more achievable than ever. Low- or no- code tools use blocks of readymade automation available via a graphical interface that lets teams easily build apps and simplify tasks and workflows that are relevant to their jobs. They do this by simply dragging and dropping blocks of code together, without needing to know anything about code or gaining specialised training. Some of these tools have been designed on the same fundamental basis as children’s building blocks - so simple its childsplay.

Using automation tools like this also requires minimal training. In fact, most people engage best with them through play and experimentation. Time and again play is proven to be one of the most effective ways to up-skill teams and engage them in new activities. In this case, creating safe, sandboxed environments in which teams can experiment without risk could help accelerate automation and drive adoption.

This approach also removes a significant burden from IT managers and administrators who are often the first port of call for any requirement for technology process or implementation to help teams. And because of this pressure on their workload, they are just as often the blocker for getting things done. Putting the right tools directly into the hands of teams means they can support their own requirements without needing to constantly lean on IT as a resource.

Everything is work if it means doing the things people don’t want to do. They’re doing these things because they’re being paid, rather than because they want to do it. Automation helps remove the things that people really don’t want to do, and lets them focus on the things they would want to do, and what they’re ultimately better at. This is where businesses will get the most value out of their employees. And this is also where teams are more engaged and productive. It also becomes easier to attract and retain the best talent.

Businesses not looking at empowering their teams in this way are in danger of losing out to competitors who can innovate faster and are more operationally efficient. Those not already automating must consider the risk of not doing so. Undoubtedly, their competitors are doing it, so it’s a must to get on board and lead the agenda.