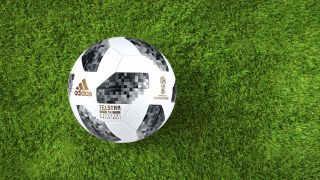 With the 2018/19 English Premier League season now over, the work to attract the ‘hottest’ players in football begins. If you are a Premier League football fan, you will be very familiar with the term ‘the big six’ and the concept of summer transfer window.

For those who don’t crave their weekly Super Sunday fix, the big six are Arsenal, Chelsea, Liverpool, Manchester City, Manchester United, and Tottenham. Despite all Premier League clubs having a legion of dedicated fans, the problem is the big six are not only separated from the rest of the league by points accrued (> 60 points vs. < 50 points) but, increasingly, by revenue too.

According to a recent article by Telegraph Sport, leading clubs will receive £75million more than the bottom sides in the Premier League's new overseas broadcasting rights agreement. This new broadcasting agreement is set to make it harder for some clubs to attract and retain talent by, widening the gap between rich and poor and impacting the economic chasm between clubs.

Starting next season, this new formula will see global rights revenue divided between clubs based on their final league table position, ending the equal share agreement that has been in place since the Premier League’s founding. For those clubs outside the big six who hope to attract the best talent this summer, new sources of revenue are needed – and quickly.

The explosion in connected devices presents new opportunities for growth in the Premier League. Whether it be using data to enhance the viewer experience, bringing fans closer to their heroes through digital platforms, or leveraging social media channels to reach more fans around the world, there are countless opportunities for clubs to engage new and existing fans.

Earlier this year, Tata Communications produced its “Show Me The Money!” report in partnership with DAZN, European Tour and Formula 1. The report highlighted the immediate commercial opportunities available to sports organisations through embracing digital technologies to drive better fan engagement. Here are three ways Premier League clubs can help fans connect to the action in the most immersive ways possible, create closer relationships between fans and their favourite stars, and drive revenue growth in the process.

Every business, no matter the sector, needs to foster its existing customer base in order to grow – and yet these are the people who can be overlooked when businesses look to drive new revenues. It cannot be disputed that Premier League clubs have some of the most loyal fans in the world. Yet, while loyal fans continue to hold on during even the most disappointing of seasons, the demographic of these fans is changing, as is the way they are choosing to engage with their clubs.

In the age of on-demand, mobile-first and personalised media, all Premier League clubs must broaden their content distribution strategies to increase their global fan bases and engagement. Some football leagues are already taking note. Spain’s top football league, La Liga, recently signed a deal with Facebook which will see all 380 matches from the league broadcast live and free of charge in South Asia.

In the summer break, Premier League clubs should take time to consider their fan engagement strategies for the 2019/20 season. Clubs outside the big six have to do everything they can to access and harness useful data and use it to guide their digital offerings for fans. Rather than taking the broad-brush approach adopted by traditional broadcasters, they should take advantage of the data to understand what demographic is watching their content, what types of content their audience is consuming and on which platforms, then tailor their offerings accordingly. If done well, clubs will be able to reach a larger, more diverse audience and existing fans will be offered exactly what they want, making them more likely to continue subscribing to the content over time.

Frustratingly, for fans of clubs outside of the big six, witnessing their team purchase a star player is something of a “once in a blue moon” event. This, arguably, increases the importance of building an attachment between fans and players within those clubs to create a greater sense of mutual pride and engagement between the two sides.

When a club is not able to offer a multi-million-pound contract, connecting fans and sports stars on an emotional level by leveraging digital platforms can build brand loyalty and drive participation at the grassroots level – where future stars are developing their skills. From a commercial perspective, this can be the difference between whether someone is a casual observer or a dedicated, merchandise-buying fan. But how can clubs outside of the big six do this?

Here we look to Formula E, the world’s first fully-electric racing series. This series has shown how digital technology has the potential to increase fan interaction with the live action through its unique FanBoost feature. This allows fans to play an active role in influencing the outcome of the race by providing ‘boosts’ to their favourite racers – the only event in the world to do so.

While Premier League clubs may not want to allow fans to have an impact on a game’s result, they may want to consider creating a way for fans to have direct conversations with players around matches to drive emotional connections between the two sides.  This is possible if clubs embrace digital technologies with 360-degree cameras, VR and AI helping to create unique, engaging content for fans. In turn, a closer emotional connection makes fans more likely to buy TV and streaming subscriptions, attend events and buy merchandise – and will strengthen and prolong their lifelong bond with the club and its players.

Sports such as the NBA and NFL, are using a variety of content strategies and technologies to create more entertaining viewing experiences. And while the top six Premier League clubs have begun to embrace this – think Arsenal or Chelsea’s Fan TV channels – the other clubs have been slower to adopt this revenue-driving approach.

Formula 1 is also evolving and embracing digital channels to engage fans with data-driven content. The organisation is using data in two ways: first, to provide a deeper level of real-time insights to fans during races for a heightened viewing experience. Second, F1 is also using data to direct its content hub strategy, creating targeted content for audiences across different geographies, cultures and age groups. This approach allows Formula 1 to partner commercially with brands when creating content, whilst retaining authenticity and relevancy thus keeping fans engaged.

Premier League clubs should consider delivering a range of content in a variety of formats, without making the mistake of creating every different type of content for every channel – which risks misplacing budget and spreading (admittedly significant) resources too thinly without any guarantee of a return. Clubs should create cutting-edge, shareable, engaging content to tell insightful stories about the sport. Stories add a new dimension to the fan experience. They increase engagement between fans and clubs, convert casual followers to die-hard supporters, and entice new fans into the fold too. In turn the rise in impressions, shares, and likes from fans entices brands into partnerships, raising revenue for clubs.

Ultimately, in 2019, digital technologies should be a fundamental part of any business strategy to drive new revenue streams. For those Premier League clubs outside of the big six, embracing digital technology has the potential to grow global viewership and drive better quality engagement among fans, creating a far more compelling value proposition for sponsorship, advertising and merchandising. With digital technologies, more people than ever before can be a part of the game.