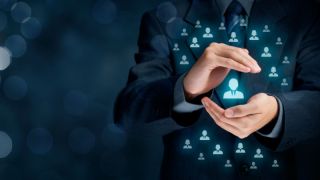 With the gradual evolution of the internet and e-commerce over the past 15 years, consumers have been gifted with the power of choice. With so many websites to crawl through, consumers are no longer restricted by where they purchase an item, who they get their content from or by what time they choose to do some digital “window shopping." With this new found freedom, these consumers are now constantly evaluating your brand to determine whether it’s worth their money, support, and most importantly— their time. Historically, companies have tried to win over and keep these consumers with traditional loyalty models of transaction first, benefits later, but that is proving to be unsuccessful today. With the creation of premium loyalty programs like Amazon Prime and the changing tastes of consumers, the status-quo loyalty program just isn’t enough to keep the modern-day customer from browsing at your competitors.

In fact, according to a recent survey by Accenture, 77 per cent of all consumers interviewed admitted they now retract their loyalty more quickly than they did three years ago. With that quicker retraction, companies are now prone to missing out on that valuable customer that provides brand advocacy and increased purchasing.

So, why are they retracting so quickly? The reasons vary, but typically members lose interest because they either don’t understand the benefits or the incentives aren’t worth the purchases they must make to get them. Many don’t even sign up or use the programs in the first place because they don’t understand the value proposition and the benefits don’t appeal to them personally. Unsurprisingly, that sentiment also shows up in the statistics, which show that Americans households are enrolled in an average of 29 loyalty programs, but are only active in 12.

This startling reality shows that loyalty is a two-way street. The traditional method of forcing customers to spend large sums of money in exchange for small, delayed monetary rewards seems very one-sided. Companies should be lauding customers for their consistent business.

But the actualities of the loyalty space clearly don’t match the expectations of the today’s consumer. The loyalty program members that do stick around have simply been trained to wait for coupons and receive discounts on the commodities they would need to buy anyway. Billions of dollars are wasted on these traditional programs that don’t do much to foster loyalty.

The above paints a bleak picture, but in every stumble, there is an opportunity for education and adjustment. Thus, it is important for businesses to set their sights on a different form of loyalty program—the premium loyalty program.

Today a successful loyalty program needs to give immediate value to you and your customers. Premium loyalty programs do just that. Members pay for the benefits up front and then make their purchases later. It encourages them to remain loyal since they’ve made a monetary commitment up front. The challenge is ensuring that your consumers get enough value out of the program to keep renewing, but many major retailers are doing it right.

ASOS, along with many US brands like Restoration Hardware and AMC Theaters, are onboard with paid premium loyalty programs. In fact, most of Gamestop’s revenue comes from its PowerUp paid rewards program. The greatest example in both countries is Amazon Prime. Amazon focused on the needs of their best customers first and then added to the program over time.

Prime members are extremely lucrative to Amazon. The proof is in the numbers:

Psychologically, Amazon Prime customers will want to make additional purchases to justify the membership cost, but equally as important, Amazon will need to make sure they are committed to running a program that’s valuable.

Focusing on the short-term benefits of a long-term strategy can feel counterproductive, but it helps justify the ongoing investment in your customers and allows you to add more benefits to get more casual users interested in the program. Premium loyalty programs like Amazon Prime give users the benefits immediately. Charging consumers for benefits allows companies to offer much more value.

A survey by LoyaltyOne found some interesting results to support this.

With this data as proof, it’s clear that we are seeing a significant shift in what consumers want, and how important premium loyalty programs are for the future of customer-facing industries. The businesses that appeal to this new loyalty revolution will be the ones that will reap the rewards that come with happier and more engaged customers. The ones that don’t, though, will feel the financial strain of customers fleeing to their competitors.