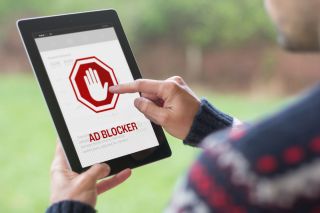 Advertising is part of the fabric of daily life. From neon signs in the street, to becoming part of your viewing experience at home, its presence is unavoidable.

While some advertising strikes an accord with consumers, there are certain adverts which simply make you want to switch off. Earlier forms of advertising, such as print, radio and television, were much easier to ignore; however, this all changed with the rise of the internet.

Increasing internet usage among all demographics, higher demand for sales and lead generation, and new technologies have allowed for more targeted (and arguably intrusive) forms of advertising.

Think about the websites you visit on a daily basis. These are likely to contain some form of advertising. They are the trade-off allowing you to see the content you want. It’s often seen as a marriage of convenience, a means-to-an-end, nothing more. Ad-blocking, way back when it was first developed, before its meteoric rise and recent stabilisation, was a game-changer in the relationship between publisher and online user.

In its earliest form, ad-blocking was uncompromising, blocking all forms of advertising. Users saw it as a means of gaining greater control over their online experience, allowing them to see the adverts they want, while also increasing their online privacy and security. In recent years, this approach has softened – total ad-blocking is now being replaced with ad-filtering.

Online users recognise the role advertising plays in keeping the internet free and are willing to accept adverts so long as these adverts aren’t perceived as invasive, too numerous or duplicitous.

So, how are publishers reacting to the change in mood? While some are willing to extend the olive branch and meet users in the middle, there are those who are resistant to change.

The seismic impact of content-blocking, in all its forms, on the publishing industry is undeniable. Understandably, this has created much frustration and resentment towards users and the creators of the technology. Many of the concerns felt by publishers towards ad-blocking stem from the idea that - as a group - ad-blocking users are a ‘lost segment’ who cannot be won back. However, this is not the case.

Again, the shift from ad-blocking to ad-filtering has in fact changed the landscape, opening up a second ecosystem consisting of online users who are open to ad-light experiences. Total ad-blocking is already declining, with only one major desktop ad-blocker still providing it out of the box. The hope is as ads become less invasive, the demand for this sort of rigid and unflinching, block-’em-all approach will decrease further, creating a balanced digital world where content and ads coexist, and publishers are able to increase their revenue.

But unfortunately, some publishers remain sceptical and are increasingly taking measures into their own hands. This means adopting countermeasures ranging from asking users to switch off their ad-blocker to disabling the ad-blocker entirely. While the benefits of this approach for the publisher are obvious, our research revealed that 68 per cent of UK ad-blocking users would be ‘very annoyed’ if a website disabled their ad blocker without their permission. It’s clear middle ground needs to be reached.

An alternative consideration for publishers could come through the Acceptable Ads ecosystem. This offers a parallel digital ads supply chain representing ad-filtering users (approaching 200 million in number). It is open to all publishers and advertisers who want to reach this large, attractive demographic and made conveniently so by a growing number of ad exchanges and technology providers who connect the buy and sell sides. Finally, it is presided over by an independent, cross-industry non-profit, the Acceptable Ads Committee.

While we understand the sentiment among publishers to adopt circumvention techniques and have adverts shown, our evidence suggests that this approach won’t work. Publishers need to listen to their audience and seek alternative options where users have a place at the table.

Online users believe that it is within their right to choose how they consume adverts, whether that be through an ad-light experience or consciously blocking all forms of advertising. The part of our research that carries the most import to the entire digital ads supply chain is the fact that 80 per cent of UK online users acknowledge the importance of advertising to a free internet. This figure represents users of content blockers (ad blockers/filterers) as well as people who surf the internet “naked” – showing that there is an across-the-board understanding of the value exchange we each partake in with content creators.

Online users are looking for a balanced digital world where content and ads co-exist, without compromising on their browsing experience. Our research already shows that majority of online users understand the importance of ads and this why they are increasingly adopting ad-filtering techniques (like ad-blockers) as it allows them to achieve this balance.

Many publishers and advertisers have argued there is a ‘lack of awareness’ amongst online users towards the digital economy, and the importance of advertising in sustaining free services, which has led to some parties adopting counter measures such as circumvention technologies.

We know this is not the case; people readily recognise the importance of advertising to a free internet and are willing to accept it. Transparency is key. This is a primary driver for why we are seeing ad-filtering replacing total ad-blocking; users stick around when left in control but feel ‘very annoyed’ if that control is wrestled from their hands. As advertising spend continues to increase, the framework is in place with the Acceptable Ads ecosystem to build on demands for better forms of advertising, in order to create a more sustained future for the internet and its stakeholders.

For publishers looking for a sustainable future, they must understand that imposing bad adverts or reinjecting previously blocked ones on to the screen of their users will only drive them away. They must look at the bigger picture and realise the future of advertising involves creating high-quality ads that are appealing to the user community and not intrusive at all. They must also not forget that online users are simply demanding a fairer value exchange and giving them this opportunity is the responsibility of every conscious publisher and advertiser alike.

For more information on the research conducted by eyeo and YouGov, please see the link here.