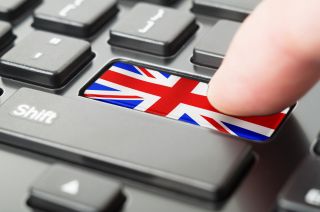 In today’s 24-7, ‘always-on’ society, we expect to be able use the internet to serve all our needs. If we want to pay a bill or transfer money, a growing number of UK citizens now do this online. Nobody wants their life to be administered during a rigid, 9 to 5 window.

Technology has changed the business model of every industry it has touched. An amazing mix of cloud computing, ever smarter mobile devices and collaboration tools has changed the consumer landscape. Whether it is finance, media, energy or a plethora of other industries, new digital organisations are simpler and increasingly user-led. This changing consumer landscape is now bleeding into government. The pace of change is only going to increase as the government faces ever more acute financial pressures.

The government has been considering for decades how best to use digital to improve public services. The government initially saw low adoption and use of its digitally-enabled services. However, the 2012 Government Digital Strategy was a watershed moment. It led to the rebuilding of key, high volume services, making them ‘digital by default’. The GOV.UK portal has streamlined how citizens interact with government. As a result, in 2016, the UK was awarded the highest rank in the UN’s index of e-government.

Taking stock – where is the demand for digital public services?

Sopra Steria recently asked the researchers at Ipsos to ask citizens across Europe about their hopes and expectations for digital government. We found that an overwhelming 83% of UK citizens want to access public services via digital channels. Taxation services, nobody’s favourite form of government interaction, were nonetheless considered the most advanced services across government. Citizens told us that health and civil status services – that’s birth, death and marriage records – are lagging and priorities for investment.

We were keen to understand how UK citizens viewed digital public services compared to neighboring countries. Having a clear and coherent digital strategy is having an impact – 64% of UK citizens viewed their digital public services as being ‘advanced’. But we have a way to go to catch up with Norway (75% of citizens said their digital services were ‘advanced’) and France (70%). And, perhaps unsurprisingly, citizens across Europe said government was less advanced than the private sector, by a margin of around 20% in the UK.

Concerns about the security of data and confidentiality of personal information are the most significant barrier to adoption of digital public services in the UK and across Europe. Nearly half (48%) of the UK citizens surveyed, and a slightly similar number across Europe, are worried about unauthorised access to their data. Luckily for those keen to get more citizens accessing government services online, over half of those surveyed (54%) said increased government involvement could assuage their security fears.

What next for government digital services?

Truly transforming service delivery begins with an understanding of the user’s needs and priorities, identifying which services they find most problematic and prioritising investment.

Citizens told us that the priority for government is to overcome disjointed services across central, local and devolved governments. Users want joined up government – with 81% of citizens in the UK asking for one portal allowing 24/7 access to multiple public services, across national and local administrations, including the single transmission and sharing of data and information.

Reforming of public services is not simple. After all, public services reflect the complexity of the policy challenges which they have been built to address, and their success is often reliant on close working between teams across the public sector.

Transformation depends on understanding how citizens experience public services, often revealing a service demanding more steps and interactions than originally recognised, and translating opportunities for improvement into back end solutions. This means managing demand by preventing interactions, cutting duplicative steps and improving the availability, usability and accessibility of information and services. This might be something as simple as proactive notifications and status updates or the improved functionality of self service and online channels.

And, of course, all technical solutions must be built around the key areas of security, authentication and data storage, jealously safeguarding the privacy of individual citizens’ data.

In the decades to come, no single factor is set to have a greater impact on a citizens’ experience of government than digital technologies. Online services are already a key enabler of better government – improved policy outcomes, higher quality services, greater engagement with citizens and improved back office processes. Governments will, and should, continue to be judged against these traditional, established criteria of success.

Citizens tell us that the next phase of digital transformation must promote greater collaboration across departmental boundaries. The challenge remains to adopt a wholesale organisational shift to digital public services that draws on the needs – and concerns – of its citizens.

And government must continue to develop policies and technical solutions around key areas of security, authentication and data storage, in order to preserve the privacy of individual citizens’ data. If this fails to happen, this pressing issue, more than any other, has the potential to undermine trust and support for future digital government services. UK citizens are unlikely to use digital government services without a guarantee of privacy and security.

The challenge is to respect accepted privacy principles while developing the benefits of the web and digital technologies to empower citizens. The demand from citizens for digital government services is there, so must be the appetite to ensure they are comfortable using these vital online services. We’ve come a long way to get to where we are today. It would be a shame to return to the less convenient days of analogue government services.