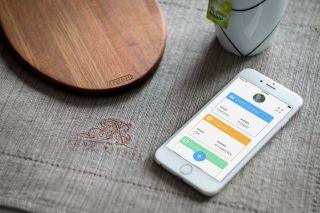 The automotive industry is currently undergoing a massive transformation in order to offer a new generation of mobility services to the consumer, and car makers are firmly in the running for pole position in “new mobility”. However, if we are to ever see automakers deliver on this vision of new mobility, there is a different challenge they must confront aside from the technological advancements required - convincing consumers to get on board. Although concepts such as ride-sharing and ride-hailing are prevalent in many cities across the world, they are still limited to specific use cases and consumer profiles. To lure customers away from long-held traditions associated with owning a car — even given the high costs, waste and nuisance that come with it — the industry will have to offer the consumer a personalised experience they just can’t turn down.

Recent developments have suggested that these experiences are not far away from being realised. At the Consumer Electric Show in Las Vegas at the beginning of this year, there were no less than five separate announcements of how Amazon’s Alexa was being integrated into cars, another step in Amazon’s strategy of placing Alexa everywhere the consumer is in their day-to-day routine. Toyota, Lexus, Garmin, and Panasonic were among those in Las Vegas who premiered Alexa as a feature of their vehicles or connected car hardware. The most significant inroad arising from the Vegas show, however, may have been Ford revealing that Alexa would be available through their SYNC3 AppLink system. Essentially this was announcing that Alexa would be a feature on the best-selling vehicle in the United States, the Ford F-150 truck, opening up billions of users to the personalised services that Alexa offers.

Previous experience in the retail industry should act as an early indicator of Amazon’s ability to disrupt entire categories, and how this may soon be in full bloom in the automotive world. Automakers already depend on telemetrics and in-car digital technologies to stand out on the showroom floor. Remote keyless systems are commonplace, as are smartphone apps controlling features like programmable comfort settings, GPS, and in-vehicle infotainment (IVI). Connected cars also submit data on location, RPM, speed, mission-critical ECU failures, and diagnostic functions to the automaker’s back-end. Streaming music and video will soon be widespread, and new standards such as automotive Ethernet are near at hand.

In fact, automakers depend on these advances so much that the balance of power has shifted markedly away from them. Decades ago, an electronics original equipment manufacturer such as a Panasonic or an Alpine would vie earnestly for a place on the options list for the latest Chevrolet Camaro or Ford Taurus. Today, the lack of CarPlay availability on Toyota vehicles proved problematic enough that it was in fact the carmaker who had to bend to Apple’s power among consumers, after previously abstaining from adopting either CarPlay or Android Auto in its cars in preference of in-house platforms.

It has been Tesla that has taken the lead over other automakers down the road of automotive evolution, where changes are happening at autobahn speeds. Detroit giants, like General Motors with its OnStar system, were the original pioneers of the connected car, but in recent years it’s without doubt been the Silicon Valley players who have realised the full disruptive potential of the connected car, and have subsequently forced incumbent players to up their games. The notion of over-the-air (OTA) updates to a car’s OS and feature sets, and other techniques standardised over many years in the tech sector, is just one of many strategies that has given Tesla a unique advantage over legacy car brands. The true disruption wasn’t the technology, however, but the application of the entrepreneurial, first-mover mentality native to Silicon Valley.

Today, other automakers are enthusiastically imitating or co-opting the Apples, Googles, and other tech kingpins in as many ways as they can. We can see this in the subscription program, Care By Volvo, which is aimed at consumers accustomed to buying or swapping out personal electronics at will. As the connected car - or new mobility - matures, with driverless cars and the smart cities they traffic acting as nodes in digital networks, the transformation from the older models of car development and ownership to new forms will gather steam. Innovators like Tesla, Uber, and Lyft are frequently portrayed in the media as the “Disruptors Most Likely” to supplant GM, Ford, Honda, et al, and yet the whip hand may no longer belong to any of them.

Mobility services will be built on personalisation – and digital identity

In the physical world, each person is unique, with their own set of relationships, personal preferences, financial profile, physical characteristics, and past behaviours— the attributes that when compiled together make up their identity. Being able to recognise each customer’s unique identity makes it possible for companies to do business with them — to know what kind of services to provide and recommend, charge and track payments accurately, measure and enhance customer satisfaction, and provide the kind of service that delivers the most value for them.

These are all typically strengths of smart home and social platform players now entering the automotive space, such as Amazon and Microsoft, Google, even Facebook. These companies are built on understanding and leveraging consumer behaviours; and selling the actual hardware is secondary to profiting by a deeper and longer engagement with the consumer. This is what may give them a profound advantage over other entrants in the New Mobility race, such as Tesla, Uber and Lyft.

The Alexa digital assistant in a truck’s dashboard may be able to power an intensely personalised user experience; in a few years’ time it wouldn’t be difficult to foresee an entire “Alexamobile” released that can provide the very same level of personalisation, shaping itself to every user who slides into the driver’s seat. The Fords and BMWs of the world understand this, and they’re striving to partner with these platforms, or find ways to outpace or outflank them.

This why digital identity will be a vital cornerstone of the new mobility and central to its prospects for success.  To deliver these offerings of true personalisation, new mobility providers will have to recognise, serve, and safeguard the individual identity and preferences of every “mobility device” user.  Automakers must put the consumer first - by building trusted relationships and delivering more personalised and consistent experiences, these companies can improve their customer retention, strengthen their brand and increase their profits. Digital identity is the ultimate “vehicle for success” that must underpin the New Mobility.