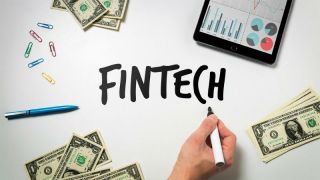 It has been almost a year since the first major decentralized autonomous organization (DAO), called simply The DAO, was launched on the Ethereum blockchain platform. Excitement was so high it created the biggest crowdfunding campaign of all time, raising over USD 150 million (Figure 1). The concept behind The DAO and recent successors was to create a decentralized organization using a tool called smart contracts. Smart contracts enable automatic governance and day-to-day decision making using computer code free from traditional human interactions and corporate structures.

The DAO aimed to offer complete transparency, total stakeholder control, unprecedented flexibility, and autonomous governance. Power was held by stakeholders, who would establish the general direction and mission of the organization and vote to reach a consensus on important decisions. Here lies the essence of decentralization - there is no central body or authority to exercise the decision making throughout the life of the organization. In theory, this should operate more efficiently than a normal company due to the lack of corporate hierarchy, politics, and bureaucracy, where personal and hidden agendas create obstacles and delays. This structure has the added benefit of lower operational costs and little scope for corruption.

Even by the fast paced FinTech development, The DAO’s spectacular rise and fall to be consigned to a chapter of blockchain history was extraordinary. This ambitious project met its demise almost immediately after its initial coin offering (ICO) when over USD 50 million disappeared from The DAO’s funds. This was due to a successful hack of The DAO exploiting a weakness in their code. The eventual fallout caused, among other things, a split of the second most popular cryptocurrency token called Ether.

Although The DAO ended in scandal and disappointment, the principle aims and potential of what decentralized organizations could achieve wasn’t abandoned by the FinTech community. If anything, it spurred the community to learn from The DAO and develop new projects. A number of blockchain incubators came onto the scene throughout 2016 (Figure 1). One such project, Adel, was announced in December 2016 based on the idea of a decentralized ecosystem with a global reach, based on an active social network of its members. Adel will commence funding on May 1st 2017, through an initial coin offering (ICO), similar to the DAO. The ICO’s purpose is to purchase their Adelphoi (ADL) coin (a cryptocurrency token), which will be used to make transactions within the community. In the future, when their fund vehicle is established, ADL will be used to purchase equity in blockchain projects.

Adel is a platform whose main goal is to develop solutions for implementing blockchain - the heavily discussed technology behind bitcoin. It must be emphasized that there are many use cases exploring the possibility of blockchain, but most of them have not made it past the proof of concept (PoC) stage. Nevertheless, there are indications that the next five years will lay the groundwork for the implementation of this technology across various vertical industries. Blockchain projects will eventually move from PoC to production, and cutting-edge solutions will prove their efficacy.

In addition to being an incubator for disruptive Blockchain technology, Adel also offers an alternative vision for how companies can be structured. Adel offers potential insight into how organizations will evolve in terms of funding, corporate governance, collaboration, and the meaning behind their existence. The DAO’s dramatic implosion led to many questions about the legality of their funding due to the unregulated nature of their process. While startups and governments around the world are trying to work out the basic rules for a legally compliant crowdfunding, the crypto community is already funding its new ventures through cryptocurrency tokens. It is clear that regulators have not kept pace with developments in fintech and digital currencies.

Adel has been careful not to position itself as being “disruptive” for the sake of being disruptive. In fintech, this word has come to symbolize the destruction of established companies by up-and-coming players. However, these new players rarely end up replacing existing solutions. What typically happens is a fusion of the old with the new. So disruption is sensitively positioned by Adel as an opportunity, rather than a threat. It is important to continually innovate and implement new technologies, but what’s more important is to ensure that solutions can be integrated into the fabric of an institution’s political, economic, social and technological infrastructure. The core message is not disruption, but to improve efficiency and lower costs. In other words, even if disruption is inevitable, it is not the main goal.

Technology seems to evolve with a natural cadence. But from an enterprise perspective, systems are not positioned for aggressive leaps forward. We cannot expect companies to abandon their traditional ways and jump into self-governing DAO-like organizations where funds are unregulated. There is also the human aspect to changes in technology, whereby many managers see new technologies like blockchain as a threat to their corporate existence. They will fight to keep any disruptive technology out of their company for fear of losing their title or position. Finally, there is the cultural aspect. Implementing new technology requires a review of a company’s culture to determine the propensity to change by the staff, and how attempting to implement a new solution may affect the outcome.

We agree that old systems may be slow, inflexible, or out of date. But their biggest advantage is reliability. The 150-year-old electrical grid at 220V 50Hz/120V 60Hz might be completely redesigned if it were rethought with today’s requirements. Same goes for the Internet – TCP/IP is well known to be an inefficient protocol, but it works! Incumbent systems have gone through long periods of stress testing and tweaking. The upheaval of legal regulation in banking and traditional financing is a testament to the industry’s willingness to evolve. It can be argued that we already live in an overly-regulated and tightly controlled government environment. But that does not change the fact that legacy infrastructures have been tried and tested for decades and are backed by the most powerful entities on the planet: state governments.

Human nature is about improving and progressing. We should not forget that just a few years ago, Airbnb or Kickstarter didn’t exist. Now they are household names. The same vantage point can be given to blockchain, except we are many years ahead of this technology from being woven into our daily lives. Adel´s approach lies in the fact that they utilize the best from both worlds – embracing innovation while providing a safe regulated environment for ideas to be tried and tested before being released to the wider market. This is fundamental to a dynamic and responsible fintech sector.