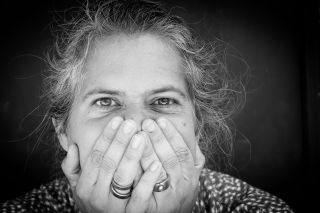 70 per cent of people are scared of Artificial Intelligence. Is a lack of knowledge around this tech creating prejudice undertones and a fear of what we don’t understand?

The robots are taking over the world again. At least that’s what you might be thinking if you read another mainstream news article about artificial intelligence (AI).

The public’s views on AI in wider media isn’t overwhelmingly positive. But how far does their fear of the tech run?  And are negative connotations about AI, machine learning, robots, or any other word that you might use to describe the technology developed through an underlying prejudice attitude?

Humans are where many of our issues and fears with AI start. You can cite a lack of understanding as the reason for why many people turn their nose up at the idea of anything related to AI.

Most of the news that we see in the mainstream media regarding artificial intelligence relates to its impending takeover. And if it’s not informing us about potential robot domination, it’s referring to AI taking our jobs and removing the need for human labour.

It’s almost as if there’s a siege mentality of ‘us against them’ that is being created. The result? Many people who haven’t been correctly informed developing thoughts that are somewhat similar to xenophobia.

Suggesting that people are subconsciously racist against AI is a dangerous route to go down. Especially as AI isn’t a race. Nor is it wise to suggest that dislike towards a machine is exactly the same as rejecting someone because of their skin tone, sexuality or gender.

But when you pull back the layers and look at the why, the parallels and sentiment behind the hate aren’t worlds apart. A fear of change and lack of understanding combine as the reasons why people tend to reject the idea of automation.

Throw in words and phrases like algorithms, deep learning, neural networks, and automated processes, and you can understand why some might be more inclined to pay more attention to statements like, “With artificial intelligence, we are summoning the demon”.

Those words, taken from billion-dollar PayPal and Tesla man Elon Musk, are enough to cause concern. It’s understandable that this kind of headline garners attention. Those whose only real knowledge of AI is the coverage on its desire for world domination are more likely to look at the negatives.

“AI learns how to tag images to make uploading photos on social media a smoother process”, doesn’t quite excite the media in the same way. This is understandable to an extent as it’s not sensationalised.

The lack of news regarding the positives of AI creates resentment towards the tech, and you can draw similarities with the propaganda spread around race, sexuality and gender. In other words, real fake news.

The Birth of a Nation film was released in 1915 and characterised black men as unintelligent and sexually aggressive towards white women. Traits which, unfortunately, are still prevalent today with some neanderthalic minds happy to remain uneducated.

Propaganda from the Nazi’s towards Jewish people in the 1940s is well documented and led to some of the most horrific acts of atrocity in history. It also enabled a mad dictator to rule a country and start one of the most devastating wars of our time.

And while many of these rampages of hate are firmly rooted in the past, you only need to look at recent events to see how people’s lack of understanding can lead to anger and violence.

It’s important to understand that these negative stereotypes towards humans feature one prominent difference when compared to AI: emotion. Humans have feelings and can experience pain and suffering - something decades of abuse based on skin tone, sexuality and gender have caused.

For that reason, it would be wrong to suggest a negative stereotype against AI is the same as one towards a human. But you can draw comparisons, and much of it comes down to our lack of knowledge around the subject.

A better understanding of AI reveals it taking on tasks that might not make headline news, but instead solve problems we face on a day-to-day basis, especially professionally. CEO of Lobster, Olga Egorsheva, says, “In the creative and media industries, as in many others, AI helps automate routine work, allowing for more headspace.

“That said, AI becomes more than just an assistant; it’s a partner to bounce ideas off and take inspiration from.”

Addressing our general concerns over AI, Olga goes on to say, “Our fear that it will take over human labour - or even humanity itself - is highly exaggerated. Human creativity, the power to make errors and invent is what matters, unlike AI, which repeats the samples it is trained on.

“So it seems that across the industries, it becomes the key task for us to learn how to work with and alongside AI, and adapt quickly, switching to new, higher level jobs.”

Whether it’s AI tagging pictures to make image search results more efficient, musical scores created entirely by machines, or providing hours worth of research in seconds, the real effect of AI - what we see in the now - just doesn’t quite cut the mustard for the wider public.

All fearing, all conquering?

Half of the people who encounter AI don’t even realise it. What does that tell you? That it’s either  going to sneak up on us and take over the world, or that it’s improving many of our everyday experiences quietly and effectively.

You’d be wise to place your bets on the latter.