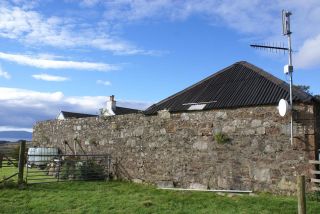 At a time when equality of opportunity is such big news, the fact that many of England’s 547,000 rural businesses are still struggling with inferior broadband connectivity compared to their urban counterparts is disquieting.

Over recent months, headline after headline has expounded on the need to fix the UK’s ailing broadband infrastructure – particularly in digitally disadvantaged rural areas. The National Infrastructure Commission has called for investment in a digitally driven economy, while the government’s vision is of full fibre connectivity for every business and home by 2033.

More recently, in his October budget, Philip Hammond pledged £200 million from the National Productivity Investment Fund (NPIF) for the deployment of full fibre broadband networks in some rural locations, starting with primary schools, and enabling businesses and residents located close to the schools to upgrade their broadband via the government’s existing voucher scheme.

While this is all welcome news, the sheer scale of this major country-wide digital infrastructure project - which dwarfs even high-profile physical infrastructure projects such as HS2 and Crossrail - and the comparatively short timescales involved, ramp up the urgency for more to be done now. For every month that passes, the digital connectivity gap between city and countryside continues to widen.

Inadequate infrastructure doesn’t only threaten existing rural businesses, it also discourages the next generation of entrepreneurs from setting up in rural locations. The result is an erosion of local communities and a lack of local investment.

We recently conducted a study into the state of broadband in South West England, an area characterised by dispersed, rural communities. The results bring the challenges into sharper focus. The study of 2,000 people living and working in this region revealed a region blighted by slow, intermittent broadband and one in which almost half of respondents believe greater access to faster broadband for residents and businesses would boost their local area’s economy.

The study found that the main economic benefits of better broadband connectivity would be to help local businesses reach new customers outside the region (40 per cent of respondents), attract more talent (33 per cent) and the creation of more local jobs (26 per cent).

However, the benefits also extend beyond business expansion. Just over a quarter (26 per cent) said better broadband would reduce local traffic and congestion thanks to improved home-working opportunities.

With almost half (48 per cent) experiencing broadband connectivity problems at least once a week, failure to address these issues will simply discourage new businesses from starting up in the local area, according to over a quarter (27 per cent) of respondents.

It is not all doom and gloom. A combination of public and private money is being poured in to effect this transformation, and rightly so. Delivering full fibre networks to rural businesses and communities requires enormous investment. But while it is important that the Government plays a key role in ensuring no business community is left behind, it is also imperative that the interventions chosen by the Government do not conflict with private investment already pledged to build full fibre networks - or discourage further private investment in our nation’s infrastructure.

There are a number of white knight private broadband infrastructure providers coming to the rescue of Britain’s important rural business community. While the larger incumbent broadband providers, part funded by the tax payer, have to date focused most of their efforts on the provision of slower part-copper/part-fibre broadband, these commercially–backed challengers are proving that there is a profitable business to be made from working closely with rural businesses and surrounding communities to deliver future-proof, Gigabit-capable fibre to the premises.

There are also more and more stories appearing about rural communities taking the issue into their own hands. There are some great examples of community broadband schemes delivering with speed, clarity and vision, from Broadband for the Rural North to High Speed Universal Broadband in Scotland, highlighting how to achieve connectivity success without government funding. Such communities will continue to force their way into the digital economy and help UK plc migrate to a full fibre future.

Plugging the remaining rural connectivity gaps is the preserve of local authorities, who need to ensure they are not wasting public money by allowing taxpayer-funded providers to overbuild the full fibre rural networks being built by private firms. Local authorities would be wise to consult with the communities they seek to support, asking rural businesses and entrepreneurs about their needs in order to co-create a vision of what the regional digital economy needs to look like.

Much like the pioneers who laid the first telegraph lines during the habitation of the Great American West, Britain’s full fibre providers are laying the foundations for a thriving digital economy. They are transforming rural areas into nascent business hot spots that rival and often outpace London, Manchester and Bristol for internet speeds and reliability. And most importantly of all, they are ensuring that every business, whatever their post code, is created equal when it comes to future-proof broadband provision.