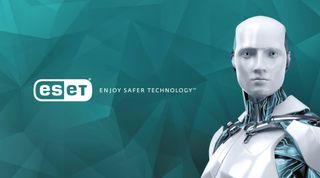 With security concerns becoming a sadly ever-present threat in our increasingly online world, the focus on staying protected is greater than ever.

Nowhere is this recognised more than at ESET, the Slovakian web security firm which has made a big name for itself over the last few months thanks to its prominent role in taking down both the WannaCry and NotPetya cyberattacks.

The company recently marked its 30th anniversary with a special event in its home city of Bratislava, attended by ITProPortal, where it looked back on its humble beginnings and cast an eye into the future.

The company originally began as NOD back in 1987, before co-founders Miroslav Trnka and Peter Paško joined with Rudolf Hrubý to form ESET, named after the Egyptian goddess of health, marriage and love, five years later.

Formed at the end of the Cold War era, NOD’s first offerings were the first antivirus products available to people in Slovakia, which was only just beginning to see the entrance of commercial PC products in what was still then Czechoslovakia.

As Juraj Malcho, current ESET CTO notes, "(ESET) all started as a service to try and help people in need... we want to be the good guys...it's not just a business for us.”

From these humble beginnings, ESET has grown rapidly to become the fourth-largest enterprise security vendor in the world, and now has big dreams to take on the global leaders.

The company is soon to release version 11 of its eponymous security offering, promising more thorough and complete protection for businesses than ever before.

The latest release also includes a range of new security tools that ESET hopes will set it apart from the competition, particularly as the world gets ever more smarter and connected.

This includes a Connected Home Monitor tool, which gives a comprehensive overview of all your smart IoT devices connected to the home network, including permissions and passwords.

The release is just the latest part of ESET’s unique strategy, which it says helps set it apart from the competition. Rather than just churning out product after product, Malcho says that ESET looks to stick to its core values of finding out what customers want, and then actually producing this, rather than the scattergun approach favoured by others.

He added that the security industry is being unnecessarily disrupted by so-called “next-generation” firms that look to push a new approach that talks down the role of AV and other traditional tools.

However doing so is “eroding trust” in the security industry, Malcho says, noting that often such companies, “are either misleading - or they are lying. “When I hear this, I don’t know whether to laugh or cry,” he says, “it’s misleading the whole public”.

So what does the future hold for ESET? Along with its ambition to topple the current top global security firms, the company is looking to majorly expand its operations around the world.

Already numbering more than 1500 employees across the world (including 500 in research and development), and with offices as far out as Montreal, Buenos Aries, and Singapore, ESET is now planning the launch of a new company headquarters in Bratislava.

The campus-like layout will house the company’s central operations and corporate hub, but also include a public park and resources to benefit the local community - all part of ESET’s aims to keep giving back to the people who helped make it the success it is today.

"It's been 30 years for us, and we're quite determined to carry on, and have funny stories with the bad guys, and new stories with our customers," Malcho says.