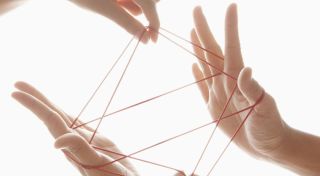 The need for robust, reliable and secure communications networks for the military and emergency services is well understood. These are organisations which carry out truly life-or-death operations, often in highly challenging environments and where critical decisions must be made in an instant.

What is sometimes less well understood, and certainly less frequently discussed, is the specific need such organisations have for temporary mission-critical communications, such as those set up to respond to a specific incident, or support a particular event. Consider, for example, the armed forces carrying out a one-off exercise, or an ambulance service providing support at a major sporting event or concert.

The requirements in such circumstances for high-speed, potentially data-rich and highly resilient communications, with watertight levels of security, are no different to the permanent communications networks the emergency services and the military use every day. However, in these contexts there are additional requirements for flexibly, rapid deployment and takedown, and often greater mobility too. And all this may have to take place in remote or challenging environments.

The role of LTE in temporary critical communications

Within these mission-critical contexts, traditional PMR technologies such as TETRA (Terrestrial Trunked Radio) have long been favoured for their great reliability and security. However, as the demand increases for smart applications with increased data requirements, or rich communication formats such as video, this technology is being superseded by LTE (Long Term Evolution) networks. These offer much greater bandwidth, as well as greater flexibility for interoperability between applications.

LTE, then, is enabling first responders, military organisations and emergency services all over the world to integrate voice and data communications seamlessly. They can incorporate information such as status reports, biodata from connected health devices, data from unmanned vehicles, drones and other devices, and geolocation information into a single communications network.

These benefits of LTE technology still stand when it comes to temporary communications networks – and deploying a private LTE network grants the organisations in question substantial control and security over the data communicated across that network. The challenge when it comes to temporary deployments is choosing what kind of flexible, rapid-build deployment will work best – and there are three main choices to explore.

This model involves the establishment of a network from a unit that a specific member of the team carries on their back. It is already a well-established mechanism for setting up traditional PMR networks, but can also be used to create private LTE networks. There are several advantages to this approach; it is highly mobile and can therefore follow around the team or unit to provide coverage where required, with a typical range of up to a couple of kilometres. It is lightweight and easy to manoeuvre, and once set up it can be operational while mobile, meaning the area of coverage can be changed during an ongoing operation. All this makes private LTE networks deployed from a manpack extremely flexible and agile and therefore highly suitable for responding to crisis situations and operations in remote or rugged conditions.

In principle this is very similar to the manpack model – the system is deployed from a lightweight pack transported to site in a vehicle – it’s just that in this instance, the system has to be moved to a specific location before being deployed. While the suitcase itself is not operational while mobile it can be set-up quickly and connected to a deployable mast, providing a much greater range when compared to a Manpack deployment. Rather than being portable in the ways required for rugged and remote locations, this model is portable in a highly discreet way. A network in a suitcase can be carried around events and spaces such as conference centres and is barely noticed, making it ideal for contexts such as VIP and presidential visits where the security team needs the ability to quickly establish a highly private, highly secure and highly mobile communications network.

The third option is fixed vehicle mounted equipment. This takes advantage of the ability of vehicles to carry more bulk and more weight than individual members of the team, allowing for even greater bandwidth and range. The vehicle itself provides higher output power capabilities, meaning greater network capacity and the basis for a network that can include advanced features, such as team connections. Whilst the mobility is obviously less agile and flexible than an individual, it is still highly suitable for organisations such as the fire service, which will typically have a vehicle within range and can move this to provide rapid, secure communications for any incident in remote areas

Collectively, these three deployment models can cover almost any eventuality that emergency services, first responders and military organisations find themselves in, offering great privacy and security but also agility and mobility in areas outside or on the fringes of typical network coverage. Additionally, links to central command centres can be arranged using satellite links.

Whether the teams in question are responding to an unexpected emergency incident or supporting an event which has been years in the planning, tactical private LTE networks can support the mission-critical communications they need.