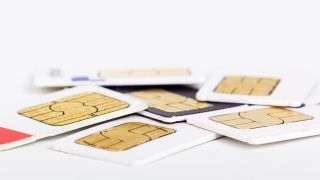 The Embedded Universal Integrated Circuit Card, more widely known as the eUICC, or the eSIM, is creating significant levels of excitement and investment - as those within the Internet of Things (IoT) and M2M communications industries will be more than aware. Predominantly driven by sustained IoT development, eSIMs are set to play a major role in ensuring the connectivity of billions of connected devices around the world.

The automotive industry is a prime example of a sector that has been keen to drive the technology forwards. With connected cars quickly becoming mainstream, the eUICC compliant eSIM has the potential to empower manufacturers by offering new opportunities to simplify logistics and optimise costs.

But industry ambition doesn’t stop there. The eSIM is being hailed as the next evolution of the SIM card, prompting vendors, operators and service providers to trial new eSIM-based edge solutions in an attempt to secure their position in the huge and growing global cellular, IoT and device connectivity markets.

Clearly, there is plenty of optimism around the eSIM, much of which is based on some key benefits being promoted by the IoT telecoms industry to customers. But, to what extent is there a gap between the perception and reality of the eSIM?

Undoubtedly the most important benefit of eSIM technology – and the one most widely referred to – relates to enhanced provisioning.

Traditionally, SIM cards have been provisioned with the profile of a single mobile network operator (MNO), which once locked in, cannot be changed. This means customers must replace their SIM card every time they want to change operators. While this is a manageable task and something we are all used to when talking about a personal mobile phone, it has massive cost implications for IoT customers managing thousands, if not millions, of remotely located edge devices, over many years and across potentially vast areas.

With new, eUICC compliant eSIMs, the plan is for MNO provisioning to be managed over-the-air, with no physical access to the device required. The cards should be able to host multiple and changeable provider profiles when they are deployed. This should mean that customers can change carriers on a daily basis if they so wish, depending on business factors such as connectivity, resilience, customer service SLAs and the data rates available.

This requirement has significant implications for enterprises with large-scale IoT deployments.  Embedded eSIMs remove the cost and logistics headaches that come with having to manually change a SIM card or network provider, as well as maximising device uptime by allowing a choice of the best local network operator, for example.

There are also benefits for both manufacturers and operators to consider. As eSIM-equipped devices are ready to go straight out of the factory, IoT business managers and technologists can, in theory, streamline their logistics by removing the need for local device set up and configuration further down the supply chain, no matter where they are deployed.

With IoT customers being promised an improved cellular supplier negotiating position, increased management convenience and the removal of a considerable amount of complexity and risk of ongoing costs for operators, it’s easy to see why the industry is naturally being drawn to the eUICC compliant eSIM.

However, despite these benefits, the current eUICC specification doesn’t yet solve all the problems of IoT.

Going the distance to a successful eUICC delivery

The problem currently facing potential eSIM customers is that while industry discussions have so far focused on the potential benefits offered to businesses, there are also several commercial and technical challenges that will need to be understood and worked through over the coming months.

Operators are aware of the continuing commoditisation of M2M cellular data with this newly enabled, simple, least-cost transferring option. The whole point of eSIM technology is that, unlike traditional SIM cards, it provides a means of avoiding contractual lock-in. However, this is not in operators’ interests, and may not always benefit customers in the way they imagine.

IoT deployments can be complex. Organisations will increasingly rely on the reliable delivery of vast amounts of business – and possibly even life-critical – data, drawn from huge numbers of devices, across many different locations and environments. There is a cost to maintain and deliver this service, and while some companies can reduce the TCO of a deployment with specialist wrap-around services, , dynamic multi-IMSI SIM technology and expert 24/7 IoT customer support, getting the data will always come at a price.

In addition, although eSIMs might appear to offer an easier switching process for customers, this doesn’t necessarily mean that it is contractually any different and there will still be a procedure for customers to go through.

There are some significant technology integration challenges that will need to be overcome before adoption rates can really take off, primarily concerning remote provisioning. The industry has been keen to promote the idea that eSIMs enable customers to change their supplier at will, but in practice, both suppliers must be integrated at this tech level, in a way that allows data to flow.

Essentially, both parties not only have to agree to the transfer, the relevant systems must also be bolted together to actually make it happen. The device itself also has to be able to communicate with both platforms. From years of experience in dynamic IMIS routing and IoT device optimisation, I can say this is likely to be a longer and more complicated process than people think.

Overall, these factors – along with various other influences – mean more work needs to be carried out before the gap between the perception and reality of eSIMs can be closed.

With a vast array of potential benefits, eSIM standards are certainly a positive a step the right direction, as discussed however, there is a clear difference between the perception and reality of euICC. By confronting these technological and commercial challenges, the eSIM will be far more equipped to become the revolutionary innovation it is predicted to be.