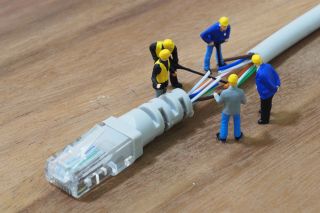 With the UK in the midst of a general election, the future of the country’s technology and digital sectors remain a major focus for each party.

Prime Minister Theresa May has already indicated her commitment to promoting science and technology by making them a cornerstone of her new industrial strategy, while opposition leader Jeremy Corbyn has also stated he wants to see more investment in digital jobs and technological developments.

In the North West, newly elected Mayor for Greater Manchester, Andy Burnham, also made the thriving technology sector in the region a major part of his campaign and we look forward to seeing what his appointment means for the future of this industry in the city and surrounding areas.

But, while the tech sector across the UK continues to boom, especially in Manchester and the wider North West, a much simpler problem is threatening to derail these plans before they even get off the ground.

Unfortunately, many areas in the UK, both in the north and in the south, lack the basic broadband infrastructure to fully take advantage of the innovative developments happening around them.

Just lacking the basic access to reliable broadband services is a complaint we hear often from our members, who regularly say that broadband is simply not fast enough in the parts of Manchester or the North West where they are based.

Considering that Manchester’s digital tech sector alone turns over nearly £3 billion a year, while 28% of the 50 fastest growing digital tech companies are based in the city, according to the recent TechNation 2017 report, it is concerning that basic broadband access remains such a challenge.

Another major issue we hear about in Manchester, but that is a problem across the country, is that many high growth and high potential technology businesses require access to more than just conventional broadband, due to the high data volumes they need to transfer.

Considering that accessing even the most basic broadband appears to be a serious issue, this presents an entirely graver challenge to the country’s digital revolution.

In some cases, it is not even that these services are not available, it is that the cost involved with accessing them prohibits small and growing SMEs from doing so, hindering their potential to take advantage of the benefits and stifling their growth potential later down the line.

Improving access to this infrastructure will allow technology and digital businesses across the country to be more innovative, add further value to economy – vital during uncertain economic and political times – and allow them to differentiate their products or services.

This increasing access to infrastructure is an essential component of the UK’s digital growth strategy, especially in Manchester, as many businesses work directly with it in building and operating hosting facilities and data centres.

Manchester has the largest concentration of internet hosting businesses outside of London, so this is an especially important point for the country’s tech prosperity, not to mention the Northern Powerhouse agenda.

Looking beyond Manchester, the scene is no better, with nearly a third (33%) of digital tech founders and CEO’s in the UK labelling digital infrastructure as one of the main challenges to the sector – just behind investment and talent.

Fixed internet traffic in the UK is set to double every two years from now, while mobile traffic data will increase at rates between 25% and 42% a year.

Increasing access to Ultra Fast Fibre to the premises is therefore essential if the needs of these predicted increases are to be met.

The government’s new industrial strategy has a strong focus on investment in STEM areas – which is good to see – but any investment should always be on creating open infrastructure that businesses can affordably access and adapt.

A previous government voucher scheme to expand Superfast broadband had some benefits but we now need a different approach to create the infrastructure that can fully realise the potential of the UK’s technology sector.

With £28 billion of tech based investment secured for UK firms in the last five years, the country is leading the rest of Europe when it comes to growing its technology and digital based economies.

While the UK seems set on leaving the EU, we still want to stand above the rest when it comes to attracting talent and investment, and providing reliable broadband will play a key role in that.

Manchester and the rest of the UK has a strong digital and tech sector which already plays a significant role in UK growth and job creation (the digital sector is creating jobs twice as fast as the non-digital sector).

Better digital infrastructure opens up the potential to accelerate the development of these sectors and help new businesses grow faster than they would otherwise be able to.

But for that to happen the focus must be on creating an open and accessible infrastructure and, while the government has pledged funding in digital and technology, more focus is needed on building this infrastructure, on top of which any future success will be built.

Getting public and private sector to work together

Looking to Stockholm as an example of best practice for developing efficient broadband infrastructure, it is clear that the UK’s success in this sector will require a mix of public and private backing.

In Stockholm, any state intervention has been focused towards building a framework that others can invest in. Rather than investing in services, there has been a consistent commitment to creating the infrastructure that businesses can take advantage of.

Comparing this to Britain, one of the key failings of the UK government’s previous voucher schemes was that it was tied to individuals, rather than collective service outcomes, and offered no option to collectively invest to create a solution.

In Manchester, and the rest of the country, there should be a pilot scheme created to aggregate needs to allow public and private organisations to collaboratively review their service requirements and come up with a cost effective and equally beneficial solution.

It is clear that while the UK has a thriving technology and digital economy, there are many challenges remaining.

It is reassuring to see a commitment to investing in the UK’s technological future, but it is essential this investment is properly targeted to put the right infrastructure in place to let businesses and organisation adapt and grow to their full potential.