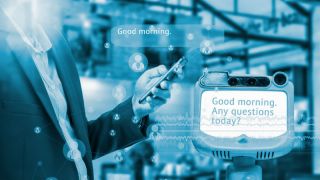 During her recent London Fashion week catwalk show, Victoria Beckham got more than she bargained for. Amidst rumours of a divorce from her husband, David Beckham, Victoria launched an automated Facebook messenger app - ‘Victoria’ bot - for her fashion line. What she didn’t bank on was her fans using the bot to interrogate her marriage, personal life and even her views on politics. Not only that, but the automated bot only seemed to confirm suspicions that the Beckhams were on rocky roads and that ‘Victoria’ was happy with Theresa May’s efforts to navigate Brexit.

We believe that Ms Beckham (and her team) could have anticipated and better managed this bot use by considering key bot-user interactions that directly affect the experience and quality of automated infant chatbot responses.

According to Facebook IQ, more than 2 billion business-related messages are sent through Facebook Messenger chats. Should Victoria have primed her infant chatbot before setting it free in the wild, it would have had better PR and brand experience.

Prime your infant bot for fitness

With the increased conversion rates and decreased time to conversion enjoyed by chatbot deployment, Gartner has predicted that chatbots will power 85 per cent of all customer service and that 25 per cent of customer service and support operations will integrate multi-channel, multi-touch point chatbot technology in the next two years. In fact, 48 per cent of consumers would rather connect with a brand using chat than other forms of contact (Hubspot, 2017).

Automated chatbots learn and optimise themselves as they get used but this takes a little time. It also means that a proportion of users will be exposed to the bot in its infancy during launch. The challenge is decreasing the impact of an infancy learning bot on the user experience.

Before automated infant chatbots are unleashed, they are populated with answers. For any imaginable question that a user wants to ask the bot, the bot is set to reply with an on-brand response. Through repeated guerrilla usability testing we have found that a 100 per cent Q&A (Question and Answer) accuracy hit rate isn’t everything.

Through working with our clients, we have identified four bot-user interactions that work together to manage user expectation which, when bots respond correctly against, create micro moments of brand delight for the user and brand value for the business.

1. Cater for the Intimacy Spectrum

Variations of user need, behaviour and linguistics reflect a response expectation that corresponds to a level of intimacy that the user wants to have with a bot.

On the extreme left-hand side, where the desire for intimacy is zero, we have a modus operandi that demonstrates a very functional expectation of the bot:

c. Formality: “I won’t likely say hello, goodbye or thanks”

d. Syntax: “I will use keywords, short and succinct, on average two words”

In stark contrast, on the extreme right-hand side, where the desire for intimacy is 10, we have traits that convey a very emotional expectation of the bot:

c. Formality: “I will likely ask you questions that do not pertain to my task”

d. Syntax: “I tend to use full sentences”

The Intimacy Spectrum is further compounded by the tendency of users to treat the bot as human or having a human at the other end, despite being told that they are automated bots. UI devices such as the Chatbot window title, the initial greeting and response content and tone are all used to help manage user expectation, but their impact diminishes as the conversations progresses.

In its infancy, the bot needs to cater for both extremes of intimacy and everything in between.  The art of decreasing the impact of an infancy bot lies in balancing the functional and emotional intimacy expectation of the response within the accuracy and size of response.

Curiosity questions, as opposed to transactional questions, are those questions that users ask, that are not necessarily directly relevant to the bot’s intended purpose. Though they can be in some way related to the product or service offering or the sector, curiosity questions tend to be more generic and reflect local conversational practices.

Curiosity questions tend to come from the users on the high end of the intimacy spectrum because regardless of content, i.e. what the question is and whether they are built into the transactional part of the question, curiosity questions are inherently designed to establish a closer relationship between the parties.

As shown in this exchange, the user goes into gamer mode and is not necessarily trying to quickly get to a particular answer.

The gamer plays and is subconsciously trying to push the bot, to test it and even to break it. The user in gamer mode doesn’t necessarily expect answers to its curiosity questions but when the bot responds back in a playful, relevant and relatable way, these Easter eggs are moments of delight for the user that can positively enforce brand perception. The bot’s purpose is not only to alleviate pain points but to augment moments of delight.

Emoji and emoticon cognition should also be built into the question detection and answer response. Not only is this universal commonplace communication but we can see nuances - sentiment - that are ripe for bot question and answer analysis and learning. This will supplement the distillation of entities - keywords - from utterances to increase the quality of the language model.

3. Use the bot as Mariner

Tracking alongside the bot Intimacy Spectrum is the perceived purpose and subsequent use of the bot by the user. From providing FAQ information such as opening times, facilities and cancellation policies, users use the bot as a navigational tool.  The bot used in this way emulates onsite search but actually shortcuts the search facility by fast tracking users to site content.

Retail brands such as Wolford have been capitalising on this behaviour over the last few years by using such bots and messenger as personal shopping assistants. This type of bot primarily presents responses as content modules with options for the next step or action as part of the response. By offering users options as well as the facility to type in their next response, the users are guided through the experience in way that requires very little cognitive load.

When the bot is being used in this way, in Mariner mode, we see a light weight, sign posting bot response. This pattern is true even when the bot is seeking response to get to a prompt from the user and when responding via a multi-stack utterance (a series of back to back short responses sent from the bot).

Chatbots mean many things to many people. Decide up front on life stages of bot with a corresponding training roadmap to nurture your bot as it matures from FAQ bots to personal assistants and transaction support.

Irrespective of where the user sits on the Intimacy Spectrum and of the Gamer and Mariner user-bot roles, there are three layers of a bot response to construct to ensure conversational flow.

At the heart of the bot answer response is the short ‘core’. This acknowledges and directly addresses the question being asked and is an affirmative or negative to reinforce question understanding. In its infancy, bots should be designed to deliver a short content neutral response for a strong baseline from which to refine from.

Over time, bots learn using a machine learning service that builds natural language understanding which helps to assess intent which then determines the actions that the bot takes. In the meantime, we can manually prime an infant bot to intercept intent by adding two addition layers: the ‘So what’ and ‘Next steps’ to the core of the response.

These are the onward journeys in the form of content links and are directly related the KPIs of the bot e.g. conversion.  Where content modules are not being used to provide these options, we must depend on copy. Where they are being heavily utilised, we can see visually how the micro journey model holds true.

The core and the onward journeys together constitute the micro journeys, and thus the micro brand experiences, of the bot response.

The adoption of chatbots is only set to increase, with brands keen to invest in Enterprise Intelligent Assistants - $4.5 billion by 2021. (Opus Research, 2017). The success of any bot will depend on careful planning which involves addressing the key bot-user interactions that directly affect the experience and quality of the automated infant chatbot responses. The four bot-user interactions that we’ve addressed in this article can work together to create micro moments of brand delight for the user and brand value for the business.