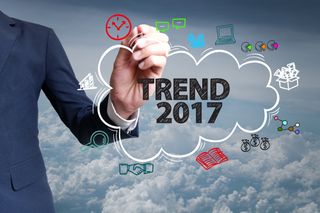 Since Steve Ballmer’s famous speech a few years back, the importance of developers has grown and grown. Coding know-how has become one of the most sought-after skills to have and that shows no sign of changing any time soon. In fact, coding is so highly valued nowadays that CEO of GE, Jeffrey Immelt, said that he wants every new hire to learn to code, regardless of their job role.

This is no great surprise; in fact it’s maybe more of a surprise that others aren’t following Immelt’s lead. The continued importance of mobile, acceleration of IoT deployments and growing trends such as VR, AI, digital assistants and cognitive applications all rely on harnessing the talent and creativity of the developer workforce.

All this means that developers are in demand; so in demand there might not be enough of them to go around. A report from The Cloud Foundry which investigated the reality of the digital skills shortage found that 64% of IT pros agree that there is now or will soon be a developer shortage.

But being in demand, however, doesn’t mean developers can rest on their laurels. An effective developer goes through a constant and unending learning process; there’s always a new tool, technology or language to keep an eye on. The digital and software development industries are still in their infancy and change is both constant and unrelenting. The software engineer that started 2016 will be quite different from the one who ends 2017.

And so, with that in mind, here are four specific things for developers to keep an eye out for in 2017 if they want to stay ahead of the game.

With JavaScript now running as server-side code and driving iOS and Android apps, it has become pretty hard to find a software ecosystem that JavaScript hasn’t influenced. But it doesn’t actually stop there; it now has a significant foothold in large enterprise organisations, thanks to Node.js, Microsoft’s TypeScript, NativeScript, supported by Progress, and the likes. In recent years, Node has made strides to make a more stable offering for larger businesses, as well as incorporating enterprise-friendly features like long-term support plans. In 2017, we will see JavaScript – and Node specifically – start to eat into traditional C# and Java use cases for companies. It will be a self-perpetuating cycle, as the more large scale deployments that occur, the more firmly entrenched it will become across the enterprise.

The laws of supply and demand will have an impact on the developer skills market in 2017. In part, the well documented demand will be met by making development tools more accessible to everyone. In the 80s and 90s, many non-developers were able to perform at developer functions to some degree as they could drag and drop their way to desktop applications visually via WinForms. Since that time, the web and the cloud have made development far more complex and decentralized, edging out anyone who is not an expert developer. In the coming year, we will see a convergence of tools like WinForms in which enterprise developers can visually assemble large parts of their application – ultimately making development more accessible for all developers.

3. Rise of the Throwaway Apps

The app boom of 2008 is over. The novelty factor has long since worn off and when we download an app we tend to download ones that we will use for the long term. The ‘pint drinking’ apps and voice distorters are long gone. However, a new breed of throwaway apps will start making their way on to our devices. Enterprises will start building apps to solve specific problems and then never revisit or use them again. App development – especially good development – can require significant investment which would typically make this prohibitively expensive and inefficient. However, new tools and technologies will make coding quicker and more efficient, making this a more viable approach.

4. Web Components Are A Long Way Off

Unfortunately, developers, like the rest of, can’t always get what they want. 2017 won’t bring with it a fully supported web components standard. Performance issues remain, specifically regarding Shadow DOM. While Apple implemented Shadow DOM in Safari, the feature has always been there and opening the API was more of a convenient gesture than a nod towards support of the standard. While developers and browser vendors alike acknowledge the need for native support for components, libraries such as React and Angular will continue to fill the gap and even provide much more to developers in the way of application features than just a component model. Both Angular and React will continue to gain adoption and will be the developers “web component” solution for the foreseeable future.

So should developers be happy or worried about the year ahead? It’s up to them. The demand from the commercial and public sectors for their skills is at an all-time high; the technology to help them do more is there; and the world around us is becoming more dependent on the development and successful deployment of cognitive applications able to make sense of the vast amounts of data being generated.

So what’s the problem? The big thing for developers to be aware of is the changing trends around them. As demand grows across larger scale deployments, especially within the enterprise, the chance of specific skills and tools becoming entrenched will increase. This means that developers may find that it’s the industry playing the tune that they must dance to and not the other way around. This is most likely when it comes to the increased automation of tools, especially cognitive apps that utilise machine learning. This will fundamentally change the way developers interact with technology.

For software developers, 2017 will be less about building the software, but being the gatekeepers of that software. The developers able to embrace this new world will be the ones who will find themselves on top of it.