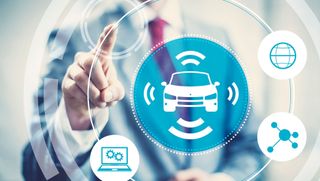 With the Internet of Things (IoT) growing steadily day by day, the need to ensure devices stay safe and secure is greater than ever. But what if the devices that need securing aren’t webcams or routers, but cars, lorries and other vehicles?

Geotab is one of the world’s leading suppliers of telematics solutions, allowing companies to monitor and manage vehicles through intelligent connected technology. With over a million vehicles connected to its services, Geotab counts the like of Enteprise, UPS and the City of New York among its big-name customers.

But with this growth of a connected smart ecosystem comes the need to ensure complete security, not just to protect the vehicles themselves, but the people in and around them.

"There's a massive issue brewing (with IoT security), and it's not going to be solved easily," Neil Cawse, CEO of Geotab, told ITProPortal at the recent Mobile World Congress 2018 in Barcelona.

"Security is not what people think it is...there's no such thing as a perfect ecosystem, unless you remove it from any network, and there's no people involved in this system, it cannot be perfectly secure."

"It's about being smart - you can't manage what you can't measure," he says.

Recent media attention has focused around the dangers of hacking connected home and business devices, but Geotab is keen to highlight the possible risk of smart vehicles as well.

"We think that the problem with IoT security in general is that the manufacturers themselves are not really held responsible for the security of their cars," Cawse says.

He equates the risk to that of other smart home products, such as internet routers, which in the vast majority aren’t updated after their users buy them and get them set up.

"We would like to see more security put into the industry as a whole” Cawse says, “we'll help anybody in the industry, because if somebody does get hacked, it reflects badly on all of us, so we all need to work together to work out what we can do to make sure that doesn't happen."

"Security is a moving target - so something may be secure today, but there could be a new zero-day exploit or other attack,” he adds.”Security is about being agile, and being able to update your device very quickly, having knowledge of what's going on in your space, and using industry best practice - the worst thing you can do in security is roll your own way!"

Looking forward now, Geotab is hoping it can hope encourage debate and progress in the connected car space concerning the security of smart vehicles.

Cawse notes that although smart cities promise much to drivers, such as emissions tracking or finding a parking space, given that the average car stays on the road for 13 years, progress towards an entirely smart vehicle ecosystem may take some time.

And with customers now demanding security of their data as a paramount desire when dealing with companies, car manufacturers should be stepping up and ensuring their vehicles offer top-level security.

"We're seeing a massive revolution,” Cawse says, “there's just so much that you can do, it's a no-brainer."