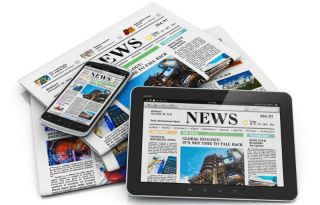 Unless you've been trapped in an underground vault for the last ten years, you'll know that “content is king.”

Whether it’s advertising, social media, webinars, user guides, or customer support, brands across the world spend millions of pounds on communicating their messages to the right people, at the right place and time.

But, just like any powerful tool, content can be used for both good and evil – from doomed celebrity partnerships to chatbots dishing out offensive messages, we’ve seen some nightmarish horror stories in recent years.

So, with Halloween just around the corner, let's take a look at the most gruesome cautionary tales and what you can do to avoid meeting a similar fate.

Do you really know your audience?

Many brands have struggled to adequately define and understand their audiences. From the pink Bic biro debacle (because women write differently) to Miele’s faux pas (tweeting “May all women embrace what makes them unique” alongside an image of four white women smiling next to a washing machine), women are frequently the victim of this nightmarish content crime.

Millennials have also often been disappointed to learn that the brands that want to connect with them simply don’t understand their motivations. For example, the New York Times had a serious lapse of judgement in its online article about President Trump’s trade claims last year. The paper’s editor used a joke browser extension called “Millennials to Snake People.” It appeared alongside the piece, which made it look like the article was calling young people serpents. Not quite the branding they were looking for.

The problem here is a fairly simple one – most content marketers don’t treat persona development as a rigorous research task. Instead, they often develop their personas in a vacuum, based on their gut feelings about who they think their customers are and what they’re likely to care about. And, while these insights may reflect a lot of knowledge and experience, and are certainly an important and useful starting point, unless they’re validated, they’re nothing more than assumptions.

Equally problematic is that even if marketers do invest the time to create meaningful personas, they often fail to use them appropriately. That’s because after going to all the trouble of creating the personas, marketers use them as a reference tool less frequently over time. As a result, those personas wind up having far less bearing on the company’s content marketing than they should.

To avoid Bic-style epic fails, you need to take the time to uncover the right information about your target audience. While you may have been able to get by with assumptions in the past, the success of your content marketing will hinge on the quality of your customer personas and your ability to align those personas to your overall strategy.

One of the most infamous content disasters in recent years is when Microsoft unveiled Tay — a Twitter bot that the company described as an experiment in "conversational understanding." The more you chat with Tay, said Microsoft, the smarter it gets, learning to engage people through "casual and playful conversation."

Unfortunately, the conversations didn't stay playful for long. Pretty soon after Tay launched, people started tweeting at the bot with some pretty offensive rhetoric. And Tay — being essentially a robot parrot with an internet connection — started repeating these sentiments back to users.

Microsoft pulled Tay immediately, but the damage was done. We’re still talking about the disaster today, and for us, it’s a reminder that good content governance is vital.

Indeed, while content governance gets a bad reputation for being restrictive, we believe that governance doesn’t have to be part of plan to stomp out your brand’s creativity. And its use isn’t limited to just legal safeguarding. Instead, the best content strategy and governance initiatives are commercial, strategic change drivers, mobilising and enabling content creators to realise tremendous, measurable value for their companies. An active content governance strategy puts a process in place for creating and distributing content that’s consistent, on brand, and aligned to strategy.

If deployed correctly, content governance, especially when it’s powered by Artificial Intelligence (AI), injects transparency into the content creation process. Using AI to create better, more accurate content, faster and at scale, automates the process and ensures that the right people are working on the right tasks. Today, people spend too much time doing mechanical tasks, like structuring and editing documents, to avoid mistakes like the ones mentioned in this article. AI can (and should) reduce or eliminate these jobs to free up expensive expert resources who can spend more time developing great content.

There are plenty of simpler failures that have left brands and personas embarrassed. From Mitt Romney’s misspelling of America during his 2012 election race to H&M’s mistake in the word “genius” on its men’s tee – the threat of basic typos can strike fear in all of us. So, one of the simplest ways to avoid content disasters is to be thorough and automate the checking of everything you produce.

We all want to avoid the sorts of missteps suffered by the likes of Dove, Pepsi, Starbucks, and Microsoft, who’ve had to pull content or do massive damage control when a misjudged communication or campaign hits the headlines. Even if you can’t control everything, well-tested, well-researched content strategies are a must. Indeed, proponents of high-volume content think that by pushing out more content, more traffic will come to their websites – simply because there’s more of it to catch readers’ attention. But high-quality content always beats low-quality content, and disastrous content is difficult to come back from.