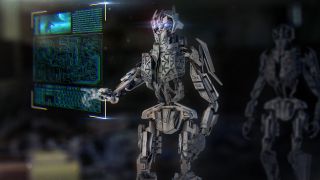 We see areas of injustice in all aspects of life. From incorrectly issued speeding and parking tickets to tenants’ disputes with their landlords, there are frequent occasions when consumers are wrongly penalised. Often such issues could be resolved with legal support, but there are major barriers to hiring a lawyer; mainly expense and inaccessibility. As a result, 46 per cent of people who need a lawyer do absolutely nothing, and only 15 per cent do actually hire legal support - according to the American Bar Association.

What if there was a way to make legal support available for free to everyone who needed it? And what’s more, make sure that this support had the knowledge of every other lawyer who had come before it, and be accessible at any time? Machine learning is making such support available en masse thanks to a new innovation in the emerging space of legal artificial intelligence (AI).

The role of AI

AI is helping to make processes quicker, easier and more efficient in almost every area of life, for both the end users and the organisations responsible for them. We can see this in online shopping, HR, recruitment, insurance, marketing, sales, supply chain and many other spaces.

AI has a number of benefits – it can increase productivity and efficiency, improve customer experience and make faster, better decisions removing the element of human error. AI really comes into its own when it is used to support existing (human) teams to automate processes that require the processing of vast amounts of data. In this way real people can be freed up to focus on areas where they can really add value such as customer experience, exploring new markets, lobbying, exploring new regulation and coming up with creative solutions.

The area of flight compensation is one where AI is being put to good use to help transform the way legal injustices – namely wrongfully rejected compensation claims – are processed in the travel industry. Airline disruption can occur for any number of reasons and among the most prevalent are pilot shortages (there is a demand for an additional 637,000 pilots over the next 20-years) and overtourism, with air travel predicted to increase from 3.8 billion air travellers in 2016 to well over 8.2 billion passengers worldwide by 2037.

Every year around 7.2 million flights are disrupted, and it’s predicted that by 2042 this will rise to 20 million a year. Those eligible to claim compensation for delayed and cancelled flights is predicted to surpass 11 million globally - the highest figure ever reported - yet 87 per cent do not have an understanding of their right to claim airline compensation and as a result, will miss out on money that is rightfully theirs. The compensation claim process for air passengers has, to date, been complex and tiresome - many have experienced the disappointment of a wrongfully rejected claim or have had to wait months for their claim to be processed. For air passengers, the average compensation claim is 350 euros and yet the cost of hiring a lawyer to push through a claim on your behalf is 350 euros an hour, which means passengers are being forced to tolerate this gross injustice.

Thanks to the development of the first ever robot lawyer by AirHelp, the world’s largest organisation specialising in air passenger rights, AI is now emerging as a way to make it easier, cheaper and much more accessible for passengers to claim the compensation they are owed. Since launching in 2013, AirHelp has enabled more than 10 million people process airline compensation claims via user-friendly website and intuitive mobile apps. Claims processing is a very specialised area, with enormous amounts of information to process. Vast quantities of both individual data and various legal jurisdictions, make AI perfectly positioned to streamline the process bringing improvements across the board for both customer and business.

The more information you have as a human, the better you can make decisions. However as humans we have limits to the volume of data we can process and store. With AI, there is no such issue, and in fact complexity is a good thing for AI, because the more information it’s fed, the better the decisions it can make. The continual learning makes AI inexpensive, because every time it makes a decision, the next time it will make that decision quicker, which is driving down the cost. Unlike the niche resource of a specialised air passenger rights lawyer - which is difficult to find - AI is accessible anytime, anywhere.

The lawyers and technology engineers at AirHelp have collaborated to develop a number of AI-bots that draw on legal and industry knowledge, to ensure that consumers get the compensation they are entitled to. The bots are the solution to ensuring the claims process is as seamless and efficient as possible for passengers - they are capable of checking travel documents, making legal assessments and analysing the jurisdiction for a claim in seconds.

The AI powered bots currently perform around 60 per cent of AirHelp’s initial legal assessments. The bots collectively saved AirHelp’s legal team over 1,960 hour of work every month, enabling AirHelp employees to focus on fighting for greater passenger protection on behalf of passengers.

The capabilities of technology and data combined are now far beyond our wildest expectations. The exponential growth in data is only set to continue, and AI is well positioned to process and learn from it. AirHelp’s legal bots have been fed with thousands of data points from previous cases to allow them to automatically work through new claims, suggesting the best course of action, and importantly, remove any possibility of human error.

When used this way, the AI-powered lawyer can identify the best jurisdiction in less than a second. It is now used in 100 per cent of AirHelp’s incoming claims at legal stage and those that are approved at this stage are passed to a second bot, which starts analysing the claim.

This intelligent algorithm accesses the experience of thousands of successful flight compensation claims from over 30 countries, meaning it can determine the chances of the success of a compensation claim for flight problems for legal claims in real time. It has already been used successfully in over 150,000 cases and was correct 96 per cent of the time – five  per cent higher than the average human success rate.

AI has an important role in helping level the playing field of access to legal support. In making such help free, accessible and straight-forward for consumers, more people will be able to access the compensation they are entitled to. The potential for AI is huge, not just in this field, but across many different examples of legal injustice, particularly where the outcome is less that the financial commitment of legal support. And while the potential exists for AI to even expand into supporting criminal cases, it’s important to remember that this technology works best to support, rather than replace real humans and their empathetic decision making skills.