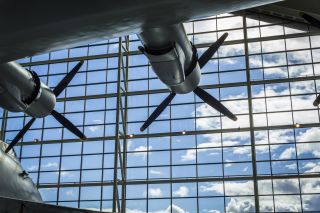 Autonomous vehicles (AVs), or driverless cars, are no longer a fantasy idea found only in sci-fi movies. With several car manufacturers already developing self-driving features, and a reported 10 million driverless cars set to hit the road by 2020, it is quickly becoming reality.

While driverless cars offer a range of advantages both on a personal and a societal level, the most important is the technology’s ability to improve safety and reduce the number of accidents on the road. Statistics show that as many as 94% of car accidents are caused by human error. By replacing drivers with algorithms, AV technology has the power to radically reduce the number of road accidents that are, in most cases, caused by human error.

In order to accelerate the process to reach such autonomy, tried and tested methods would be highly useful. The aviation industry serves as a role model for the automotive industry, with its high level of automation and superior safety standards. The low number of accidents in aviation is, well, no accident. Pilots train in simulators and as a result there are fewer incidences.

Here are some examples of what autonomous driving can learn from aviation:

Statistically, commercial aviation is 10,000 times safer per mile than car traffic. There are several reasons why flying is deemed safer than driving, including the ability for aircrafts to communicate with each other electronically via a Traffic Collision Avoidance System, the use of onboard black boxes and the rigorous training pilots go through. In fact, one of the reasons pilots tend to make less errors than people behind the wheel is because their training includes sophisticated simulator practices – an area the AV industry should definitely tap into.

The rapid developments in the world of AVs are, to a large extent, driven by the equally rapid advancement in AI. It has long been assumed that AI will revolutionise driverless cars, but the challenge has been to find ways to develop technologies that are able to replicate the human driver’s decisions and reactions – or even surpass human ability in terms of precision and agility.

Teaching AI the difference between another vehicle or the difference between objects such as a pedestrian, bike or building, is relatively straightforward. It is much harder, however, to train AI for the very real possibility of adverse driving conditions, weather, car accidents or other unpredictable phenomena. Acquiring quality, representative, diverse and well-labelled data is challenging. Since most of these situations happen randomly, it’s almost impossible to find real-world ways of exposing AI to the types of road scenarios that drivers encounter every day.

This is where simulation technology comes in. When compared to real life road testing, simulations are without a doubt more efficient, especially in terms of cost, time and most importantly safety. For example, instead of relying on real world situations such as an accident or weather change to happen, which in most cases just isn’t feasible, simulation testing allows variables that are not accessible in real world testing to be further observed and the parameters to be easily changed.

To achieve better safety on the roads and cut the number of car accidents radically, it is imperative that complex accident scenarios are simulated, much like in aviation, and algorithms are programmed in accordance with the lessons learned from those situations before AVs hit the road. One way to do this is by using video games and the principles of game mechanics to simulate the real driving experience.

Black boxes as a prerequisite for safety

Another reason flying is relatively risk-free is due to the existence of public databases that store aircraft safety records, stemming from onboard black boxes. According to the existing protocol, authorities have the power to put any airplane where an error is detected -- whether in relation to software, hardware or design -- on the ground. The AV industry can again learn something from aviation here. In fact autonomous driving is headed in the same black box-centered direction, with Germany having already announced they are considering making it mandatory for AV manufacturers to install such data recorders in their cars.

This is a good start, but with the prediction of 10 million driverless cars on the road in the next few years, there will be even stronger need for over-the-air (OTA) updates. This way, just like in the case of smart phones, autonomous driving software can be regularly updated remotely.

The OTA approach would also prove vital if a fatal technical error affecting a large pool of vehicles should occur. Physical recall of millions of cars would be very slow, not to mention extremely costly. Instead of recalls, authorities could order faulty self-driving cars to a permanent halt or to run with degraded functionalities like in aviation.

The bottom line is that OTA updates for algorithms are not for convenience, but a requirement for safety, security and trust. Needless to say, such updates and online data collection will require proper cloud infrastructure and security, and privacy issues need to be handled as well.

Getting ahead with over-the-air

To put it all into perspective and help paint a picture of how simulated training of algorithms, black boxes and OTA can each come handy in out-of-the-blue occasions, imagine this: an elephant escapes from a circus and blocks your way on the road.

Algorithms can see the animal, but are not trained to understand its behaviour. Black box data could help reproduce the conditions of the encounter, where simulated training, under a wide range of conditions, can be used to update the algorithms. Since these can be delivered via OTA to all cars within days, public confidence in autonomous technology could be restored quickly.

There is no doubt that developing driverless technology is extremely complex and a great number of things must be factored in during its development. But applying methods such as simulation widely used in aviation or OTA will ultimately lead to a safer autonomous driving experience, and in turn will continue to dramatically reduce the number of road accidents.