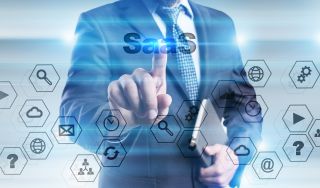 A common question among SaaS business founders is how fast their revenue growth has to be to attract investors and potential acquirers – what does good look like? As with most things, the answer is “it depends” – on things such as stage of the business, funds available, market conditions etc. However, there is a reasonable body of research and practice available that can at least provide some guidance.

Before I get into that – why is there so much focus on top line revenue growth? It’s pretty simple – percentage growth in top line revenue is highly correlated with valuation multiple in recurring revenue businesses. Controlling for other factors, a higher rate of growth in revenue is one of the best predictors of enterprise value.

Let’s start with the Unicorn path. Around 4 years ago, Neeraj Agrawal, a general partner with Battery Ventures in Boston, coined a phrase that has come to be known as T2D3 (or Triple, triple, double, double, double). This describes the path of the fastest growing companies that reach billion-dollar valuations in a few years. The basic premise is that a SaaS company has to find product-market fit, get to around $2million in Annual Recurring Revenue (ARR) and then grow that annually by a factor of three, three, two, two and two, to get to $144million in ARR within 5 years – simple, right? Well, of course not – very few companies achieve these stratospheric levels of growth, but it does demonstrate that it is possible. If you’re on that path then I’d certainly love to talk to you.

So, what might be regarded as more typical? There are a number of studies that have looked at this. The first is from SaaS Capital – a provider of venture debt that compiled data from around 950 private SaaS companies in 2017. As you might expect, the law of large numbers applies – as revenue grows, percentage growth in revenue tends to decline. In the SaaS Capital survey, the median growth rate for companies with ARR less than $1million was around 60 per cent, whereas for companies with ARR greater than $50million this declined to around 27 per cent. Bear in mind that as with any average, this hides the range between best performing and worst performing but it does help to set a baseline for comparison.

The SaaS Capital study also looked at how long it took for companies to reach $1million in ARR – the median value was 6 years, which might surprise you if you read the press stories that tend to focus on the highest achieving companies. The authors also noted a difference between venture-backed companies, with a median value of 4 years to reach $1million ARR and bootstrapped companies, which took 7 years to get there on average.

The phenomenon of SaaS companies taking several years to start showing substantial revenue growth rates was articulated in a very entertaining and insightful presentation by the former CEO of Constant Contact, Gail Goodman, who described this as the long, slow SaaS ramp of death. This was so-called because it is really hard to get the flywheel of recurring revenue spinning and many companies fall by the wayside on this part of the journey – it’s worth an hour of your time to watch a video of the presentation.

The second study I will pick out is the 9th Annual Survey of SaaS companies conducted by KeyBanc Capital Markets (formerly Pacific Crest Securities) in 2018, including data from around 385 private SaaS companies. In this study, companies with ARR below $25million were growing at a median rate of around 100 per cent, with the law of large numbers showing again as percentage growth rates declined to around 23 per cent for companies with ARR greater than $75million. Interestingly, the data shows that while the common belief is that companies selling to enterprise customers scale faster than those selling to SMB customers, the reverse is actually true – companies with Annual Contract Values (ACV) below $50,000 showed a median growth rate of nearly 50 per cent, while those with an ACV of greater than $250,000 showed a median growth rate of less than half that at 23 per cent.

Among a large body of interesting data, the survey also highlighted the importance of up-sell and cross-sell in driving new ARR bookings – contributing a median value of 34 per cent across all company sizes. This is also emphasised in a study by Price Intelligently – this showed that a 1 per cent improvement in the effectiveness of acquisition, monetisation (up-sell and cross-sell) and retention drove improvements of 3.32 per cent, 12.70 per cent and 6.72 per cent respectively in bottom-line performance of the companies in the study.

The final piece of research I will reference is a study of what the authors intriguingly called ‘The Mendoza Line for SaaS growth.’ The study described a phenomenon that was labelled ‘growth persistence,’ i.e. what tends to happen to percentage growth rates over time, an extension and quantification of the law of large numbers in this area. For those of us not familiar with the world of North American baseball (present company included until I saw this report) the Mendoza Line is a term for the batting average below which a hitter is not worth hiring for major league baseball. The study looked at SaaS companies that went public with ARR of at least $100million and growth rates of at least 25 per cent in the following year – the sort of companies that are most attractive to venture investors.

The authors found that for best-in-class SaaS companies, the growth rate for any given year is between 80 per cent and 85 per cent of the growth rate of that same company in the prior year, the so-called growth persistence, which they found to hold true for companies studied that were above $10million in ARR. The report includes an illustration of the successful SaaS IPOs plotted against the calculated ‘Mendoza line’ and it’s quite a compelling picture. The report also concludes that while it is difficult, it is not impossible to outperform the growth persistence factor as evidenced by two companies, Box and Exact Target - they managed to reverse the trend and increase their growth rates while growing their businesses.

So, what does all this mean? Apart from the blindingly obvious fact that growth is good and more growth is better, it does help us to understand what is expected of SaaS companies and what good looks like.