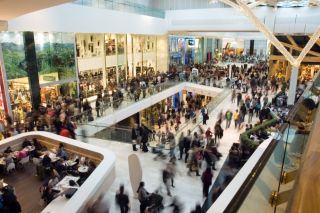 When the iPhone 3 launched with GPS integration in 2009, it opened up a whole new world of previously untapped location data as millions of smartphone users began sending information from their mobile devices. The rise of IoT technology in the past few years has also played a critical role in advancing the collection of mass amounts of location data. This data continues to aggregate at a rapid rate, and according to Gartner, we can expect 8.4 billion connected things will be in use worldwide this year, up 31 per cent from 2016. As location data continues to boom, there has been a notable shift in how people access and understand these valuable location insights.

Geospatial Information Systems (GIS) and location data were previously used exclusively by mapping experts and select government agencies, but today location technology has adapted to allow for a broader base of users to make sense of more data in sophisticated ways - a requirement for today’s businesses and organisations. Computers and the internet shifted the industry immensely towards digitisation and more data storage, but the recent outbreak of mobile and IoT technologies has served as a major catalyst to democratise location data and location intelligence to a broader set of business users within enterprises.

Where did GIS begin?

Maps have been around throughout most of history, helping individuals get to where they need to be, but it wasn’t until John Snow’s 1854 Cholera Map, that spatial analysis was applied to help solve real societal issues like understanding and stopping health epidemics. Snow used mapping to investigate the source of recent cholera outbreaks in London. He discovered that cases of cholera were centered around a water pump and convinced the local council to remove the handle to prevent its use, effectively halting the epidemic. Prior to this moment, it was widely believed by medical professionals that Cholera was an airborne disease. The significance of Snow’s findings of Cholera as a waterborne illness would eventually have a lasting impact on disease research and prevention today. From the time of John Snow into the 1950’s, maps remained simple and were used mainly for routing, new development planning and locating points of interest. And although options like sieve mapping were developed a century later, there were major challenges as data was coarse and inaccurate, and measuring distances was cumbersome. While the GIS industry was starting to realise the potential of geospatial analysis, they were limited by the technology of the era.

By the 1970’s the computing industry had begun to take off, and cartographers and spatial users started exploring options for handling location data, moving from paper to computer mapping. Once maps moved into this digital setting, it paved the way for disruptive technology advancements like databases, remote sensing, programming and computer science, which have all played a key role in maturing GIS and location intelligence into what it is today.

Computers led to better decision making for the select group of national agencies and governments using GIS at the time. The US Census Bureau is one of the earliest pioneers of GIS technology along with the Canadian government, who created the Canadian Land Inventory.

Other governments began catching on to the benefits of GIS to assist in making better use of their resources and started mapping critical systems and resources, such as transportation hubs and oil reserves. Increased memory size and more sophisticated graphics capabilities helped advance new cartography products like Geographic Information Making and Management Systems (GIMMS).

And by the 80’s, a new era of GIS software vendors emerged. While valuable progress was being made, GIS applications required specialised software and expert-level training, making them difficult to implement and scale.

The internet and a mobile society

Thanks to the internet, location data was made available in the cloud, and vendors like Google became pioneers in democratising access to this location data through applications like Google Maps. This allowed business intelligence (BI) vendors to create mashups - combinations of discrete datasets brought together to create new applications. These mashups overlaid demographic data on top of geospatial data, and began offering more interactive applications that served as a precursor to the location intelligence technology that we know today.

The explosion of IoT and smartphones are arguably the most significant recent driving factor behind the growing importance for location intelligence for enterprises. Society is mobile, and that mobility means interactions that used to take place in a set location can happen anywhere. Location adds context to transactional, social, and sensor data, and technology leaders who understand this potential are beginning to build and market their offerings with location intelligence in mind. As platforms become more integrated and user-friendly, this technology is no longer just reserved for a select group of mapping experts. Core business users are able to access these location data insights and make real business decisions from the data.

Location intelligence as we know it today

The industry has come a long way from navigating a journey using a paper map. IoT and mobile devices have drastically increased the amount of location data available. This influx of spatial information has exploded into the business world with new ways of using it to solve previously impossible problems.  While traditional GIS helped pave the path forward in geospatial science, Today, location intelligence as a practice is shaped by more sophisticated and user-friendly technologies that can effectively and quickly extract valuable business insight like never before. Successful businesses and organisations have also matured their data strategies with innovations such as cloud computing, advanced spatial analytics and machine learning - only recently possible at scale as a result of the location intelligence technology shift.

Modern location intelligence has evolved to focus on accessibility, ease of use, and seamless integration with existing data and BI technologies. Thanks in part to this democratisation of IT, organisations have the access and tools to move past the barriers associated with GIS and to analyse location data in terms of specificity, complexity, technical performance and cost to make more informed business decisions. Emerging technologies like machine learning and IoT will continue to push the movement forward, enabling decision-makers to consider location elements to their data that were not accessible previously, and will further automate the analysis process to achieve higher levels of understanding. These tools are making technologies more easily accessible to organisations and smart cities around the world looking to optimise operational performance, strategic investments and everyday business decisions. By moving beyond BI and GIS through location intelligence, business leaders can:

In order to remain competitive in today’s marketplace, understanding location data is a must. Data-driven maps and applications created using location intelligence reveal relationships and correlations that otherwise may not have been apparent. There is a huge opportunity, especially with the rise of IoT and mobile devices, for companies large and small to take advantage of this data for better business decisions. Location data is everywhere, and now that these data sets are so prevalent and easily accessible, organisations that don’t take the time to learn about and understand what data they have available to them will fall behind the curve.