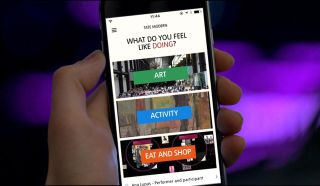 If you’ve developed an app then the last thing you want to see is it languishing in the app stores, attracting just one or two downloads a week. The dream is to see it ‘fly off the virtual shelf’, attracting hordes of fans who willingly pay to use your app.

So, what is the secret? Unfortunately, just having a great idea isn’t enough. For every app success, there are 10 great ideas that just never get that much interest. But why?

At Six to Start, we encountered lots of pitfalls when launching our first fitness app, Zombies, Run! But, with nearly 4 million downloads to date, we seem to have cracked the formula to app store success.

Here are my top five tips for app store success…

Obviously, the first thing to do is to check the relevant app stores to see if anything comparable already exists. You don’t want to be leaping into an overcrowded market teeming with popular apps. Although, if you find nothing similar, it might be a sign that the market isn’t ready yet.

If the idea holds up, consider whether you have the skills and resources to make the app. The quality of apps has shot up in recent years and those which were impressive three years ago are now run of the mill. And with hundreds of free apps released every day, you have to be very special to stand out.

2. Is there a market for your app?

I often hear app developers saying that the only real way to test the popularity of your app idea is to launch it and see.

But I think this view is limiting.

We managed to test our Zombies, Run! app on a paying market without developing a single line of code! All we needed was to create a demo. Then we launched our crowdfunding campaign.

Following the launch of Zombies, Run! on Kickstarter back in 2011, we gained around 3,500 backers and raised nearly $73k, smashing our initial target. But far more importantly, we got the validation we needed for our idea.

Now we’re doing the same for our next project, this time using equity crowdfunding site Crowdcube.

The single greatest benefit of crowdfunding is the power to create an engaged community, from scratch, in a matter of weeks. These 3,500 supporters wanted to see our app become a success so they could get their hands on a copy. They even put skin in the game. So, they were a great support when it came to word-of-mouth marketing.

As altruistic as I’m sure we all are, we still need to pay the bills. Finding a paid or subscription model that works is particularly hard with so many free apps and games in the market.

When we launched Zombies, Run! back in 2012, it cost $7.99 – a princely sum for an app. But then again, most apps were paid in those early days, so it wasn’t that unusual. Today, the vast majority of apps are free, especially the most popular ones. The logic is simple enough – making an app free reduces the barrier to entry.

In 2015, we made Zombies, Run! free to download, and let users play one mission a week completely free of charge. But, if they wanted to remove the audio ads and run more often, we charged a simple $20/year subscription. We offered our crowdfunding supporters and early adopters a special legacy deal to show our thanks, which really helped smooth the process.

The switch to a subscription model was nerve-wracking at first and initial results weren’t that encouraging. Thankfully, a trickle of subscribers turned into a stream then a torrent, and now we have tens of thousands of happy subscribers!

The main thing we learned was this: If you can get people hooked on great content and then give them the option to pay for more, they won’t be able to resist.

4. Are you listening to your users?

I see a lot of apps fall at this hurdle. Developers launch their app, watch the first 10k downloads trickle in, mark it a success, and then move on to their next idea. Reviews and feedback get ignored.

But great customer service should be the bedrock of your app business. If you respond quickly, clearly and actually solve the issue, you’ll develop a loyal fanbase.

Somewhat surprisingly, we found that by focusing on customer support we actually saved money in the longer term. Why? Because we used that feedback to fix all the bugs and streamline usability. So, when our user base shot up, there were far fewer support tickets to deal with.

5. Taking the next step

Feedback can also provide you with the seed of your next idea. For example, the virtual race platform we developed for charities, Racelink, is completely different to anything we’d made before – the idea actually came from the suggestion of one of our users. This snowballed into us developing a whole string of relationships with the UK’s biggest charities and triggering this really interesting new project.

Rather than users being annoyed you’ve used their feedback to develop a new app idea, it shows your audience three things:

Finally, I believe the most important piece of advice I can give you is: Love what you’re doing and seek feedback at every step.