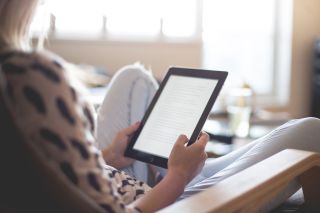 According to the World Wildlife Fund, forests cover more than 30 per cent of the Earth's land surface. They provide food, medicine and fuel for more than a billion people. Approximately, 13.2 million people across the world are employed in the forest sector and another 41 million have jobs related to the sector.

Yet, private corporations and government organisations have been increasing the number of deforestation projects over the last several years to make room for infrastructure expansion. While deforestation is particularly rampant near more populated areas, even remote areas are now being intruded upon as the value of land rises. Entire ecosystems are being depleted and the impact of deforestation reaches far beyond the locales in which it is occurring.

For example, as the world is fixated on the devastating fires that took place in the Brazilian rainforest throughout 2019, many wondered if this was a direct consequence of deforestation.  Did land clearing contribute to the more than 87,000 forest fires recorded in the first eight months of the year?

That is just one of the many questions that we, as a global society, need to better understand.

However, the only way to determine the environmental and economic impacts of deforestation is to equip researchers, governments and other stakeholders with technologies that enable them to track the progress of deforestation in often-remote rainforest regions and effectively collate their insights. From there, they can determine how best to rectify the damage and track progress against those restoration initiatives.

Recording the evolution of deforestation

We’ve been hearing about how natural resources are vanishing due to overdevelopment by  government organisations and private corporations alike for practically our whole lives. However, until mobile technology came along, it was challenging to truly understand the real implications of deforestation on economies. We didn’t have the collective insights to quickly counteract “development” and save endangered species, much less endangered societies.

With recent advances in mobile computing technology, deforestation is more easily exposed, making it harder for companies to turn the other way when witnessing the impact of their unsustainable practices.

Using enterprise rugged tablets, companies can map the forests around farms in the rainforests in order to identify the potential economic and environmental impacts of development and the deforestation risks present within their supply chains.

Policymakers can prioritise specific geographical areas to fight deforestation by certifying sustainable operations. They can choose to use alternative economical business practices, such as partnering with local businesses or buying from manufacturers who are sourcing from areas using sustainable processes.

Just look at what is happening in the humid Caquetá region, a 705,600-hectares tropical forest ecosystem in Colombia. It has long garnered international attention as one of the most studied places in the Southern Hemisphere concerning climate change. However, it wasn’t until the more recent advancement of mobile computing technology that researchers could quickly get online – even when “off the grid” – to thoroughly detail and immediately share their findings.

Over the past two years, representatives from the German Agency for International Cooperation (GIZ) and The Nature Conservancy have been in the rainforests of Caquetá, Colombia, using rugged tablet technology to map and analyse the spatial and demographical implications of the deforestation process on the surrounding environment. Android™-powered rugged tablets are also enabling the joint team to study the health of local communities and populations as part of this latest Net Zero Deforestation Project.

Utilising the data to enforce change

Knowing what is happening – and why – is just the first step to facilitating effective change. That collated intelligence must be turned into action. Organisations must adapt their business strategies to ensure sustainability. Consumers need to make tangible changes in their daily lives. And government bodies need to continue implementing policies based on the insights gathered from consistent monitoring of development projects and deforestation specifically.

Fortunately, those involved in the Net Zero Deforestation project in Caquetá, Colombia, will use the accumulated data to drive more aggressive legislative efforts to deaccelerate, or completely stop, the fast-paced deforestation process. Policymakers will also mine the data to identify alternative economic opportunities as the region’s current drug cultivation, wood extraction and livestock operations are unsustainable.

Even in the most gruelling and remote parts of the world, Colombian authorities are finally able to engage in meaningful conversations with all project stakeholders and expedite deforestation resolution efforts because of rugged tablets’ real-time connectivity. Being able to track data while ‘off the grid’ also means the authorities can collect data around the clock, giving insights into 24/7 progress so there is no delay in action.

In other words, the deep visibility garnered via mobile computing technologies is the key to deriving positive outcomes from corporate decision-making processes.

In this instance, rugged tablets have given the world an accurate picture of the ongoing disaster of deforestation, for which we’re eternally grateful. Without rugged tablets – and the real-time insights they provide – real progress could be decades away, if not impossible.

To learn more about how rugged tablets can be used to increase your organisation’s intelligence, visit Zebra’s website.