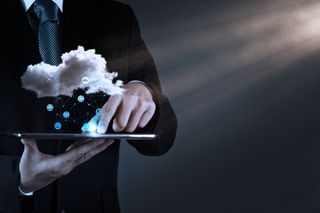 Global IP traffic is growing at an unprecedented rate and companies are searching for ways to offer and implement services that will allow them to keep pace with this trend. According to the “Cisco Visual Networking Index (VNI): Forecast and Methodology, 2016–2021” report, annual global IP traffic will reach 3.3 ZetaBytes (ZB) by 2021 (one ZB equals 1,000 Exabytes). That’s an increase of almost 300 per cent in five years. For comparison, in 2016 global IP traffic was 1.2 ZB per year or 96 EB (one billion Gigabytes [GB]) per month. This massive growth is fuelling the market for cloud-based services for IT infrastructure and applications, and IHS Markit expects it to grow an additional 23 per cent in the next three years. As demand for these services grows, cloud providers will face significant challenges in scaling network capacity, optimising network resources and simplifying operations.

Let’s look at the situation a little closer. Historically, enterprises operated their own datacentres. Today, they are moving their operations off-premise to cloud-based services in order to take advantage of the lower cost and greater flexibility to scale provided by the cloud. By doing so, enterprises are transferring a headache that was entirely theirs to solve into “someone else’s problem” managed by experts, for a predictable monthly cost, complete with requisite service-level agreements.

Transition to the cloud leads to the creation of larger data centres where resources are consolidated. Instead of many smaller data centres with moderate connectivity requirements, these mega-data centres require massive bandwidth over fewer paths and drive the need for solutions that are optimised for point-to-point links. This architecture reduces the need for granularity while placing the highest value on cost per bit.

Now, let’s look at traffic patterns -- which vastly differ in cloud networks from traditional data centres. Where traditional networks have a lot of north-south traffic between the servers and users, cloud networks have far more east-west traffic. This traffic is used for synchronisation and load balancing to maximise the utilisation of available resources.

Not all cloud providers are the same, and enterprise-focused cloud networks differ greatly from their consumer-focused counterparts:

●     Cloud networks for the enterprise are required to provide quality of service guarantees to their customers because the enterprise network needs to behave as if it was all local -- if the network goes down, business activities cease. This is one of the major allures for businesses moving their operations to the cloud.

●     Overall spending on cloud computing is experiencing large growth and fuelling the demand for bandwidth. According to the 451 Group, worldwide spending on public cloud services will grow at a 19.4 per cent compound annual growth rate (CAGR) from nearly $70B in 2015 to more than $141B in 2019.

●     IDC predicts cloud IT infrastructure spending will grow at CAGR of 15.1 per cent from 2014 to 2019, reaching $53.1 billion by 2019. This bandwidth demand is driven by the increase of company data in the cloud, which is driving the need for increased network infrastructure.

Meanwhile, consumer-facing businesses run fewer data centres, but are often larger. For instance, home automation is expected to experience steady growth in 2017. Cisco’s 2017 VNI also revealed that the typical North American household will have an average of 23 devices, including 13 machine-to-machine connections. The same report revealed that there will be 1.3 billion internet users by 2021, that’s nearly 60 per cent of the population – causing IP traffic to explode. Connected-home devices include all smart appliances (washers, dryers, refrigerators, etc.), safety and security systems (internet-connected sensors, monitors, cameras, and alarm systems), and energy equipment like smart thermostats and smart lighting. Needless to say, as more homes become equipped with connected devices, there will be greater demand for bandwidth from consumer applications.

Cloud providers need solutions that will allow them to scale their networks to keep pace with these increasing bandwidth demands. This is driving some of the following trends in network architecture and management:

●     Scalable Architectures. While there might be differences between the architectures of different cloud companies, they tend to be very consistent across their own network. This has many benefits, including a simplified supply chain, greater buying power, and ease of network management.

●     Forklift Upgrades. Cloud companies are more likely to replace entire racks or rows of equipment all at once. They often do not follow a pay as you grow model as is common for carriers.