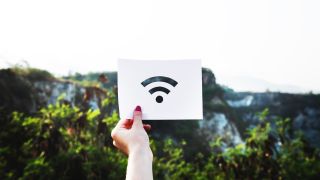 Wireless dead zones and the death of your wireless Internet

Purchasing your own equipment for use with the services offered by your internet service provider can be a daunting task however it doesn't have to be. There are two main devices that you need to purchase in order to be able to connect to the internet on your own without renting the equipment from your service provider. The first device would a modem while to the second device would be a wireless router.

The benefits of renting

Most consumers of AT&T prefer to rent the equipment since they are not liable for upgrades or replacements as the equipment ages and don’t have to worry about configuring the equipment and ensuring compatibility with the added side benefits of free upgrades. However, at times these same consumers often find themselves with dead zones unable to get a stable signal from their Wi-Fi networks.

To avoid this shortcoming consumers often purchase Wi-Fi extenders or repeaters without knowing their shortcomings or the fact that a better option does exist. The main fault with these range extenders is that they create a new network which has its own SSID and passwords, therefore, it requires an additional login when there doesn't need to be one.

The second shortcoming is that these repeaters often cut your internet speed by half which results in you paying double the amount for a fast internet connection only to get half the speed in these dead zones. Don’t forget that these extenders add additional cost in terms of additional equipment in addition to the charges from your services provider.

Most people who live in small to medium-sized dwellings are satisfied with the current Wi-Fi network since the residential area is covered which is not the case for larger homes. Consumers with no dead zones at times may want to extend the network simply due to reach and convince of being available in their front lawns whiles utilizing the internet.

Selecting the right modem for your Internet

The first piece of equipment that needs to be purchased is a modem which will allow you to decode and access the internet based on your connection.  Modems have two number that you should take into consideration which is the downstream and upstream values. Popular variations include 16x4 and 8x4, where 16 or 8 would be the downstream and 4 being upstream. 16X4 modems are capable of supporting a download speed of 680 Mbps where 8x4 modems support download speeds of up to 340 Mbps. 24x8 modems may be required for some high-speed internet connections however it is always a good idea to confirm with your service provider prior to purchasing the equipment to ensure compatibility and delivery of the internet speed of your selected packages. Don’t forget to take the upload speed into consideration as well especially if the application is business oriented and internet reliant.

Modems often include integrated wireless routers for convenience, however, they often fall short in terms of range when compared to standalone routers. More than often your service provider will offer assistance in terms of configuring your modem to work properly alongside your wireless router.

Once you had decided on your modem the second item that you need to take into consideration is your wireless router which will be your most important piece of equipment out of the two. You want to select a wireless router that supports your modem in terms of connectivity and download speed. However, the first specification in the range of the device. Remember that the range advertised is an approximation based on certain conditions and that obstacle such as walls and floors will result in interference and limitations resulting in dead zones.

What the numbers and letters mean

You have the large range of routers to select from with the newest routers being defined as 802.11ac, where the ac represent the standard and generation of the signal whereas previous generations are a, b, g and n standards. Chance are that if you purchase an 802.11ac router then it will only work on the 5GHz band where 802.11n routers will offer dual-band frequency of both 5GHz and 2.4 GHz. At times you will come across devices defines as "AC1900" or "AC3000" which is the combined theoretical data transfer speed of both bands measured in Mbps and can be misleading. For example, an “AC1900” router can either give you a download speed of up to 600 Mbps on a 2.4 GHz band or a speed of 1,300 Mbps on the 5.0 GHz frequency but not both.

The different bands and ranges

The difference between the two bands of 2.4 GHz and 5.0 GHz is the transfer speed of data with older devices using 2.4 GHz and newer devices using 5.0 GHz.  802.11ac routers will not grant an 802.11n device to exceed the limits of 802.11n. If you’re current internet speed is 25 Mbps a $300 router capable of gigabit speed won’t allow you to exceed 25Mbps. A simple ac router will cover a range of 2500 square feet from its center whereas a wireless mesh system will cover 5,000 plus square feet using nodes.

Once you have decided on the transfer speed and bands then the next thing that you would have to figure out is the desired range of your wireless network. If the range exceeds 2500 square feet then a wireless mesh router solution would be recommended. The system would consist of the main unit that is attached to your modem and satellite receiver which would place strategically to connect to the system and further broadcast the signal without deteriorating the transfer or internet speed all within a singular network. Kindly note that the satellites mentioned are the device that would simply enhance the signal and are not the ones that would be orbiting Earth. The more satellites that are a part of the network the further the signal range is increased and the love thing about it all is that there is only one SSID and Password instead of multiple ones which is the case with repeaters.

The main pitfall of purchasing your own equipment is the fact that technology will progress and what you have purchased today will eventually become obsolete as time goes on. The new standard which is pending finalization in 2018 is 802.11ax which would be capable of transfer speeds of 10 Gbps. What really matters though when purchasing your equipment is your current and potential internet speeds and your budget.