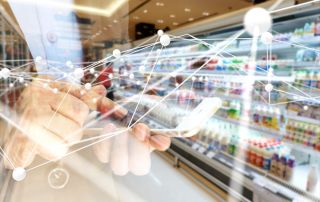 Since the first corn or cloth was offered for sale in a market square, consumers around the globe have had one thing in common: they do not like wasting time in a queue.

Often cited as the biggest bugbear of shoppers, retailers have long sought methods of shortening queues in order to give customers a better experience. Not much changed however, until today’s digital age when the ease of online shopping with mobile devices produced a generation of consumers addicted to convenience.

A survey of 1,200 UK consumers by Omnico provided more evidence that convenience is king. It found that 74 per cent of shoppers said speed and convenience are what count in retail. More than four-in-ten (41 per cent) regarded queues as one of their top worries when shopping at a busy time, while of those who have abandoned physical shops altogether, in favour of queue-free online shopping, 47 per cent said they did so in order to avoid queues.

Further research by Omnico revealed how consumers now expect technology to increase convenience. Their expectations range from single loyalty apps and click-and-collect hubs in shopping malls, to the use of virtual reality. More than six-out-of-ten (61 per cent) of the 1,000 UK consumers surveyed said they expect bricks-and-mortar retailers to offer them virtual reality headsets (VR), multi-experience loyalty apps and other advanced technologies such as voice-activation within three years.

Technology has finally brought about a turning point in commerce, giving retailers an opportunity to reduce or even wholly eliminate the ever-dreaded queue. Here are three tips for queue-busting:

1. Take point of sale (PoS) systems away from the front desk and directly to customers

The advent of mobile POS systems has had a huge impact on queue-busting for retailers prepared to make the switch from static counters.

Mobile POS typically comes in the form of tablets, which can either be in fixed locations or made portable for staff to carry around the store. These devices greatly speed up transactions, and by allowing staff to perform transactions anywhere on the sales floor, the stress placed on queues can be greatly reduced.  They not only enable staff to process transactions much more quickly and discreetly, they also bring retailers a far better view of all their stock and facilitate the provision of new loyalty features to customers.

2. Allow customers to bring their smartphones into the mix

As smartphones have become nearly ubiquitous, they can prove to be a valuable tool for busting queues. Mobile electronic self-scanning has already been implemented by Coop Denmark, which found it provided their customers with a much quicker and more convenient shopping experience.

Mobile self-scanning works by allowing customers to scan their items using their smartphones and other mobile devices via an app, which adds each item to a digital basket. When the customer has finished scanning all their items, they can simply walk out the store, via another quick scan of their smartphone deducting the total cost from their electronic dividend, eWallet or credit card. As customers can simultaneously scan their own items, they are not required to wait in line while others have their purchases ringed in, greatly reducing the need for queues.

Amazon’s venture into supermarkets, Amazon Go, uses a similar system that replaces smartphones with an array of sensors that detect who has taken (and replaced) which items from the shelf. While this system improves convenience for customers, it also requires a substantial investment by the retailer. Having shoppers bring their own “sensors,” in the form of smartphones, is a more cost-effective middle ground.

3. Use the cloud so you always have capacity

Fluctuating demand is always a resource-headache for retailers. The solution is to deploy POS in the cloud, allowing a retailer to scale up and down their computer resources and processing power based on the number of customer transactions. It means the retailer is ready for heavier trading periods such as the summer holidays, Christmas, Valentine’s Day and so on, and then draws back the technology requirement during quieter times.

By taking these tips into consideration, retailers can ensure that customers always receive a convenient shopping experience in which queues are a non-issue. The rewards, as many retailers have already found, can be immense. Eliminating the biggest irritation for shoppers can set any retailer apart from the competition all year-round.