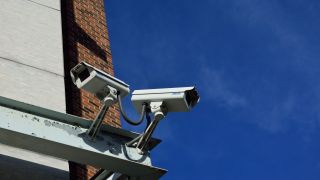 A round of funding secured by robot security startup, Cobalt Robotics, earlier this year points to a large shift happening in the physical security space – it’s increasingly intelligent and connected. Connected intelligent video surveillance is the latest trend that industries have integrated into their physical security processes, and robots can act as another IoT sensor in this framework. Video footage connected with robots and coupled with cloud computing can provide the ultimate bird’s eye view of a physical location. Andreas Pettersson, CEO of Arcules, outlines how smart video sensors fill in the physical security gaps human guards leave vulnerable.

Thanks to advancements in artificial intelligence and machine learning, physical security is receiving the upgrade it needs in the form of smart video sensors. Building managers and community organizers face increasing pressure to elevate their security standards with technology to fill the holes left behind by humans. Even if security guards are monitoring hundreds of camera feeds at once, human error and accidental oversight can create surveillance vulnerabilities that leave public spaces exposed.

With public safety top of mind, security professionals must offer efficient surveillance without stretching their resources too thin. Facilities managers, for example, would love to have enough bodies on the ground to properly man their buildings. But it’s unrealistic to hire enough people to cover every square inch.

To solve for this gap in resources and needs, companies seek out technological support. While most teams have already leveraged security tools like contact sensors to complement human officers, these sensors only tell part of the story and still require a human analyst to interpret the data collected.

What security practitioners really need is a set of eyes on the ground that can surveil the landscape and make appropriate calls based on environmental data inputs, accurately and consistently seeing more than the human eye sees.

Proactive security intervention traditionally relies on a human surveillance operator, who makes judgement calls on whether situations are dangerous or not. While static cameras have been around for years, they fail to arm operators with the insights required to make sound split-second judgement calls. Static cameras can identify if someone opens a building door, for example, but they can’t tell security personnel if this action is expected or if it indicates a more threatening behavior.

Humans are also prone to error when manually reviewing footage from passive cameras. An exhausted night guard watching CCTV monitors could, for instance, miss unusual movements and fail to address the situation before it escalates.

Thanks to artificial intelligence and machine learning, video sensors reduce the downtime employees spend analyzing video and eliminate ambiguity when interpreting important situations. Smart video analytics leverage artificial convolutional neural networks and teach cameras to think and process visuals like humans. However, because these systems do not grow tired, they enhance human cognition. Sensors with 360-degree, day-night cameras keep a watchful eye over building facilities 24/7, and they can easily scale to meet future needs.

In addition to looking for suspicious behavior, video sensors can:

A look into the future — video sensors on the move

On their own, video sensors are a powerful addition to any security professional’s arsenal. Those cameras are even more valuable, however, when they can cover a larger surface area and autonomously roam through a guard’s designated route.

By coupling video sensors with mobile robots, security professionals can increase their situational awareness and ensure facilities are less vulnerable, even after operators clock out for the night. The deployment of such security robots is much closer to reality than people think, even if many still consider it science fiction. While security robots can’t chase down a fleeing suspect or break up a fight, they can patrol areas at all hours of the day without ever feeling like they are in danger.

In fact, the first batch of autonomous safety robots with smart video sensors is already here. Designed to patrol commercial buildings, the Cobalt robot can help companies ensure the safety of their facilities, working together with a security specialist to immediately address suspicious activity. Innovations like the Cobalt robot provide a glimpse of what the future of physical security will look like as video sensors and robots join forces to augment existing security teams.