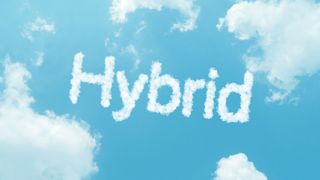 Many vendors operating in the cloud market sector continue to demonstrate an attachment to a marketing approach that was universal in the pre-cloud era: `Differentiation’ was their watchword and, back then, it made some sense. Those were the days of one application for one server, so they could be very different from each other.

But that was then. Today it is all about using cloud services, and often lots of them, while operating as though there is only one cloud regardless of the differentiations anyone might want to claim for `their’ version. There are many different cloud services but the lines of demarcation between them are becoming blurred as they become more `soft and bendy’.

It has to be said, however, that to hear some of the vendors talk now, one would think that there are thousands of vitally important differentiations to their version of `the cloud’ that means you have to sign up for `theirs’ and theirs alone.

Of course, the key difference to those old days is that the cloud is not a product that can be differentiated. Rather, it is a concept that has been widely interpreted in three main ways: Private, Public, and Hybrid. What is interesting is that the first two, Private and Public, are in practice subsidiary components of the third – hybrid, (or to paraphrase a famous line from The Lord Of The Rings: the one cloud to bind them all).

A hybrid cloud environment can therefore be, in practice, whatever the user wants it to be. It can, for example, include a company’s own Private Cloud environment, whether that be located on-premise or hosted by a third-party operator providing bare metal compute resources dedicated to that customers’ service requirements. For most user businesses, this will be where its most valuable data and applications will be processed, for it will have the most control over the operation, particularly when time dependency is a critical issue.

But for a growing number of users, it will also mean working with one or more of the Public Cloud service providers. This is sometimes where the less valuable, less strategic data will be stored and, quite often, where many of the daily, tactical administrative processes, will be run. Time dependence is less of an issue here, but the ability for the two cloud types to work together, moving data between them and sharing the workloads as appropriate, will be a vital part. The two effectively become one cloud from the perspective of running a business.

For some businesses, there may well be a need to continue running well-established, probably specialised, applications on their existing servers in the company data centre. This often occurs where the value to the business generated by those applications, far outweighs the costs, time and business risks of trying to port them to any other platform. Despite that restriction, it is now an expected part of the remit of a hybrid cloud environment, that it absorbs such systems logically, making them a virtual part of the cloud and capable of at least sharing data in real-time with any other part of the cloud.

That level of application mobility is therefore one of the most important by-products of a hybrid cloud environment. It smooths so much of the process of running a business, for it means staff can use familiar applications that they know well and work with daily, regardless of where they are or what system they are working on. So long as that system is a logical part of the hybrid cloud a business is running, that application will be available to use.

Increasingly, the word `system’ here is starting to mean much more than just a computer and a network connection. For a growing number of business executives, their primary tool now is not the laptop but the mobile phone, providing them with the ability to manage their part of the business from wherever and whenever they happen to be. Here, using the same application as they would use back at their desk, is an obvious requirement.

But what is also happening here is that the edges of a company’s network, its cloud, are both logically and physically getting `bendy’. This trend is now starting to accelerate. Not only are executives and core personnel expecting to work remotely yet remain as connected to the business as if sat at their desks, the notion of extending the company’s cloud out to the farthest reaches of a company’s logical and physical domain is now becoming a key part of the plan. Indeed, the datacentre itself is starting to be distributed everywhere it makes sense to have compute resources.

One of the key drivers here is the fact that, with the massive growth in the amount of data being produced right across businesses, and the value that can be gained from analysing and processing that data, it is now faster and more economical to move the applications to the data than the other way round. The results are then available at the point of data generation, which means that the system or machine which produced them, can be controlled and managed directly, thanks to the analysis.

These capabilities are what can give a business a significant competitive edge in any marketplace, and all are important by-products of understanding what a hybrid cloud really is.