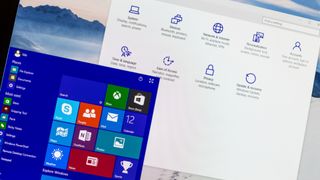 After a decade of use, and six different editions, Windows 7 has proven to be one of Microsoft’s most successful products. Nowhere was this truer than in the enterprise community, with the majority of businesses relying on Windows 7 as their go-to enterprise OS.  However, one month ago, this faithful operating system became a liability for businesses all around the globe. In January 2020, Microsoft finally ended support for Windows 7, making any device that remains on the outdated OS a potential target for hackers, ransomware and cyberattacks.

New research from Kollective, which surveyed 100 US and UK IT professionals one month before Microsoft’s deadline, found that over half of businesses (53 per cent) were yet to complete their migration — despite multiple warnings from Microsoft.

Furthermore, nearly one in ten IT teams could not say for sure whether their businesses had machines still running the OS. For many businesses, this failure to migrate comes down to an inability to deliver updates quickly and at scale. In fact, 34 per cent of large businesses struggle to distribute content, files and updates across their networks. For organisations with greater than 100,000 endpoints, this figure jumps to 45 per cent.

With the death knell finally tolling for Windows 7, businesses around the world who have missed the deadline are left asking, what happens now? For IT managers that are yet to migrate, there are three possible options:

This is by far the worst option for businesses. By simply ignoring the problem, and staying on the outdated OS, enterprises open themselves up to a whole host of potential security threats. Following the death of Windows XP in 2014, businesses that failed to migrate were faced with a torrent of cyberattacks. This included the infamous WannaCry ransomware, which shut down some of the world’s biggest brands. While staying on Windows 7 may seem like the path of least resistance, it will cause far more headaches for your business in the long run.

For businesses that are nowhere near completing their migration, Microsoft is offering an extended support package — keeping Windows 7 alive until January 2023. These updates will come at a premium and will increase in price each year, leading to some hefty bills for businesses that fail to migrate. In fact, when Microsoft ended support for Windows XP, the cost of extended support for an organisation with 10,000+ machines levelled out at just under $2,000,000 a year!

3. Find a way to finish your migration now

The final, and best, option is to finish your migration ASAP. For many businesses this seems impossible, with outdated infrastructure and slow network speeds making it difficult to update every Windows 7 machine at scale. To overcome this problem, IT managers are turning to peer-to-peer network solutions.

One example is ECDNs (enterprise content delivery networks). Essentially these software-only-networks allow businesses to share large files at high speeds, even if they are still relying on legacy network infrastructures. By distributing an update to multiple machines and then allowing those machines to share the updates amongst themselves, ECDNs decrease the bandwidth load on an organisation’s network. The greater the number of peers across a complex distributed enterprise, the more efficient content delivery becomes compared to legacy hardware-based WAN optimisation solutions.

As it stands, 40 per cent of businesses already use an ECDN to stream their live internal videos. A single additional component could allow distribution of software and even Windows updates to the edge of their networks. This would mean that businesses could finalise their migration to Windows 7 in a matter of days — regardless of their network infrastructure.

So despite the fond memories many businesses have of the operating system, the importance of migrating cannot be overstated, with both security and financially related risks of failing to migrate. It’s time to let go of the past and embrace a new operating system as we lay Windows 7 to rest.