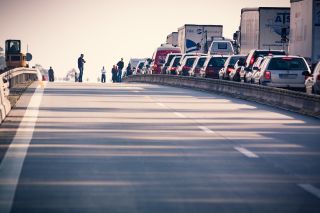 Tech companies often rely on “restrictive covenants” to prevent data, clients and privileged business information walking out of the door when employees leave. But with tech being a particularly globalised employment market, how effective can these employment clauses really be across borders?

Without employees, the companies in Britain’s burgeoning tech industry would not make sales, not grow, and would likely find it impossible to develop new products or win new customers.

But the staff that are these companies’ greatest asset, are also potentially its greatest liability.

Over the passage of time, workers gather vast amounts of data about a business, they develop relationships with key customers, and will inevitably want to take all of these with them to ensure a good start with new employers.

The loss or transfer of such data, trade secrets or algorithms can be fatal for companies at all levels of maturity, from a tech startup that’s just been launched to a major enterprise project that’s been in the works for years.

Typically, well-drafted employment contracts will seek to prevent any unlawful future use of confidential data, and terms on both this and other factors such as the timing of restrictions are frequently litigated in the courts.

Sadly, the reality is that these contracts are generally drafted with little thought to an employee’s nationality or geographic remit, and generally will follow a “one size fits all” approach.

This despite the fact that particularly in the tech industry, employers often use foreign nationals for work both in England and other parts of the world. Coding and development skills shortages in the UK mean companies need to find better trained staff from tech hubs around the world.

But when these employees move on, can any post-employment restrictions on these foreign nationals be enforced outside the country? Or is the extent of the protection offered by “restrictive covenants” purely illusory?

Underlining the challenges faced by companies hiring overseas staff are pitfalls such as the general rule that EU nationals can only be sued in the country in which they are domiciled (under the Brussels I Recast Regulation). In addition, there are special rules relating to employment that state claims for misuse of confidential information must be heard in the country of domicile.

Employers may claim that a member of staff indeed is domiciled here. But in order to establish that, the employee must reside in the UK and the circumstances must indicate a substantial connection with the country - for example, three months’ residence.

There are steps that companies can take, and plans that must be put in place, to prevent and pursue any breaches of restrictive covenants across borders.

For instance, even though substantive proceedings cannot be pursued against an EU national outside the state where they are domiciled, it might be possible to obtain an interim injunction. Employees who are domiciled outside the EU also do not have the same protections and may be sued in England.

Also, even though restraint of trade provisions - where an employee undertakes not to compete with his or her employer - are not mandatory rules of law in England, this can be applied differently if an employee was working outside the country.

It is entirely possible that restraints on trade may be regarded as part of the mandatory laws of another state, meaning that despite the terms of the contract, the law of another EU member state may be applied.

This would mean that if the member state regarded provisions on restraint of trade as mandatory provisions then no matter what the parties had agreed should be the law of the contract, courts in that member state could apply their own law. That could lead to provisions that were intended to have a particular effect being given a different interpretation to that which was intended and making what was otherwise potentially enforceable, unenforceable.

Regardless of all these factors, even after a judgment has been obtained in an English court, enforcing a law suit against an individual who has subsequently left either to go home or to a third country, is often far from easy.

Many countries will regard the enforcing of restrictive covenants as matters of public policy, and enforcing it will be subject to that country’s rules.

An example of the complexity involved is in the case of non-compete clauses. Under these clauses, employees agree not to enter into or start a similar profession or trade in competition with their former employer. This can be linked to a geographic or business area, with various timing limits during which they cannot compete.

In France and Germany, it is not enough to state that an employee cannot work for a competitor during their employment. It is also necessary to pay compensation, after termination, in order for the non-compete obligation to be legally enforceable.

In contrast, English courts do not require any further payment to be made to enforce a non-compete clause.

Whether the employer has had the foresight at the outset of the contract to anticipate that such a payment will be made, or indeed has already been making those payments, is of course a fundamental issue.

Some countries may consider that what is reasonable and enforceable in England goes too far and is too restrictive, or may not even accept that such restrictions are enforceable.

Knowing exactly what an employee might try to do at the point of termination of their employment is impossible, but there are further steps that can be taken to help prepare your company for the worst.

An employer can try to reach an agreement on termination, but if the employee is bent upon competing and is being well advised, they are unlikely to want to sign up to new restrictions at that stage, particularly if they are going to be working in a jurisdiction that does not violate a non-compete clause.

Post-termination restrictions are only one way of achieving a result, some employers may decide that longer notice periods and garden leave are a better, although potentially more expensive, solution. This way companies will have to pay for the notice period whilst the employee does no work, but at least valuable data and secrets have better security.

But whether enforced garden leave, although contractually agreed upon, would actually secure this data would again depend on some of the critical factors involved in securing your ex-employee’s loyalty.

Ultimately, the best protection, although it provides no guarantees, is to ensure that employees are treated and managed well, and remain engaged throughout their employment.

A happy leaver, who feels a desire to “leave well” and not to burn bridges is less likely to need restrictive covenants to be enforced. Remaining colleagues may also not look kindly on heavy handed pursuit of departing employees, storing up problems for the future.

However, because goodwill can only go so far, it is always wise to ensure contractual protections are in place from the start, and fully reflect account the globalised labour market we operate in.