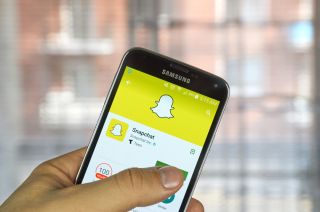 A lot of companies want to appeal to younger consumers, hoping to create loyalty that will keep those people buying their products for decades. So when it comes to using social networks, there has been a lot of focus placed on marketing in the sites and mobile apps used most often by tweens, teens and twentysomethings.

And right now, the network of choice for younger audiences is temporary photo-sharing app Snapchat. eMarketer, for one, predicts the app’s user base will increase both in the US and UK over the coming months. In fact, its forecasts suggest Snapchat will overtake both Instagram and Facebook in terms of total users in the US for ages 12-17 and 18-24 for the first time by the end of the year.

As Snapchat celebrates its fifth anniversary this September, its parent company has been less joyous in reporting slowing growth.  This points to a platform that is going through the same growing pains that we saw for Twitter and Facebook a decade ago. As its recent financial figures suggest, Snapchat is in that awkward phase for social networks where it’s struggling to monetise itself.

This means that if Snapchat is to remain viable for the next five years and beyond, it must find new ways to keep the advertising dollars coming in. Success here lies in pinpointing what attracts younger people to the platform and exactly how those audiences use it. Understanding both motivation and behaviour will offer advertisers the means to reach those consumers in the most appropriate ways.

On the other hand, getting it wrong could see the platform lose its cool cachet – and then Snapchat will inevitably transition from being the next big thing to a woeful has-been.

In a bid to better understand the social media landscape from the users’ perspective, UM recently carried out a major piece of research among 2,500 UK consumers aged 16 and above as part of the Momentous Book of Moments (MBOM). This in-depth study of the UK’s online and social media habits raised some intriguing data, in particular on how people use Snapchat.

Certain findings were perhaps not too surprising, in that a large part of the social network’s attraction to younger users is its lack of appeal to their elders: 40 per cent of those aged 16-24 (and 43 per cent of teenagers) admit they like using Snapchat simply because their parents aren’t on it. One in five 25-34-year-old users (20 per cent) also feel the same way.

However, it would also seem that brands using Snapchat as the primary means to reach teens could be misguided. The research found that only 14 per cent of users aged 16-24 use the app to find new products and services to try. Whereas that figure actually rises to one in five (21 per cent) among its ‘older’ users aged 25-34.

This may signal a change in content strategies in terms of how brands use the network. A lot of the talk has been about targeting teenagers and university students through Snapchat, when in fact millennial consumers now in the workforce might be the more receptive audience. That’s a market with more income to spend, but also with less free time in which to spend it and a different approach to their lifestyle.

The study also found that Lenses, the real-time special effects, sounds and filters, play a significant role in how people, of any age, use Snapchat. The same percentage (71 per cent) of users check for new Lenses when they open the app as use Snapchat to take screenshots of messages. 25-34-year-old millennials are just as likely to use Lenses as their younger counterparts. This older demographic is also more likely to use Lenses to deliberately entertain their followers: 53 per cent of those in the 25-34-year-old bracket, compared to 50 per cent of the 16-24s.

Looking beyond Lenses, younger users are the most likely to make use of the app’s other services: eight out of ten of those aged 16-24 contribute to their own Snapchat Stories (compared to 65 per cent of those 25-34) and half (49 per cent) use Discover (against only 32 per cent of the 25-34s).

As for what they look at, celebrity gossip and current affairs are the types of publisher content most commonly viewed by regular users on Snapchat Discover (47 per cent and 43 per cent, respectively), although a quarter (25 per cent) use it for recipes and around a third for fashion and beauty tips. On the other hand, when it comes to sharing using Snapchat Stories, most user-generated content is about nights out (61 per cent) and everyday life (60 per cent).

A number of brands are already looking at Discover, in particular, as a way to reach some of the key younger demographics. Snapchat’s innovative approach is highlighted by the fact that it was actually one of the first platforms to split publisher content (Discover) from user-generated material (Stories). It reflected how users engage differently with different types of content.

The MBOM research went on to ask UK consumers which social networks they considered ‘boring and going out of fashion’. It seems that 14 per cent are bored with Facebook (rising to 21 per cent of 16-24-year-olds and even 18 per cent of those aged 25-34 and 35-44). 5 per cent of all users are tired of Twitter (notably, that’s 10 per cent of 16-24s) and the popularity of image-led networks is also dropping with younger users, albeit at a much lower pace – 2 per cent are equally weary of Instagram and Pinterest.

If millennial users are becoming disenchanted with other social platforms, that could highlight a lot of potential for Snapchat and the brands looking to use it to their advantage. However, all businesses need to mature as they seek to move into profit, so the platform will have to find the right approach if it’s to remain ‘down with the kids’ in a way that will keep the advertisers invested.

This has resulted in a tricky balancing act, for while a perceived lack of ‘adult supervision’ may account for much of Snapchat’s popularity with teens and young adults, it also makes it the Wild West for digital marketing. It will be intriguing to see where Snapchat goes from here.