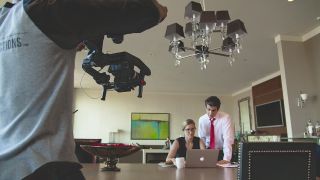 “A lot of consumers are going to go, ‘Wait a minute, the big selling point was that [streaming] is much cheaper than cable TV – but now I’m getting less content and fewer channels for the same price? What’s the real value here?’” – Prominent media analyst Dan Rayburn. (Source: NBC)

If content is king, video streaming is the new battleground. In the 1990s, cable TV bundles exploded in popularity. Paying a higher price to gain access to hundreds of channels became the norm in the United States and the popularity of bundles continued to grow for some time. However, the emergence of streaming services began to steal loyal subscribers from cable companies by providing a new option at a much lower price, resulting in a steady decline in traditional TV subscribers since 2012. Reports indicate that the number of people paying for cable television has dropped from 100 million to 95 million in the past five years alone. The revolution is clearly well underway as we experience a major evolution in the media landscape.

As the “cord-cutting” of linear and cable TV proliferates, will internet streaming companies continue to offer a radically different service, or will they mimic the television cycle of the past?

The growing power of Netflix and other on-demand streaming services has forced traditional entertainment companies to rethink their business models, leading to massive mergers such as Walt Disney ‘s purchase of a significant portion of Fox and AT&T acquiring Time Warner. Major cable companies have partnerships with channels, allowing their customers to view cable-only content on mobile devices and smart TVs. Those partnerships sometimes extend to streaming sites, making this a strange media war.

Some channels are available on streaming platforms only if you pay for the channel specifically, or if you have a cable plan and a special code for channel access. Cable companies are competing with streaming services, but streaming services also compete with one another. Specific channels – some of which are owned by or are owners of cable companies – have attempted to launch their platforms with mixed success. Some failed as they discovered that customers didn't want to buy multiple micro-streaming services, while others simply sold their access directly to streaming services. The media industry is reinventing itself, trying to catch up with the digital natives, and the lines between telecom and cable providers and content owners are becoming increasingly blurred.

AT&T was one of the first telecom companies to enter the increasingly crowded field of streaming TV.  Its DirectTV Now boasted 1.8 million subscribers in mid-2018 but the latest figures show that the service couldn’t keep up the pace and is now losing ground to competitors such as Hulu Live and Dish Network’s Sling TV. Other telecom giants Verizon and T-Mobile both had to rethink their plans to launch over-the-top (OTT) services in 2018, though with different outcomes. While Verizon ultimately rejected the idea of building its own service from scratch and decided to partner with an existing OTT provider, T-Mobile reportedly delayed the launch to a later date in 2019. Meanwhile, Sinclair Broadcast Group just launched STIRR, a free ad-supported live and on-demand video service that combines partner content with news, sports and other programming. Finally, Comcast's NBCUniversal is expected to join the race in 2020 with a hybrid ad-supported service that will feature both original content and programming from outside partners.

Services such as CBS All Access and Disney's upcoming service Disney+ are two more examples of older media transforming to newer media. Both channels existed as standalone services for a fee but became channels within streaming services to survive in the streaming economy. Disney+ is attempting the standalone game again, this time after many desirable series left popular streaming services.

With all the players in mind, the OTT market, though nascent, is already saturated.

The power of the bundle

Why is the popularity of streaming snowballing? For many consumers, broadband-delivered TV from Netflix, Amazon, and other providers offers the possibility of a lower monthly bill without the need to pay for channels they don’t want through traditional cable bundling packages.  However, as cord-cutting continues to expand, many streaming services are changing their tune, cutting down on promotional pricing and increasing subscription costs. Will streaming services continue to provide a cheaper alternative to traditional options, or is Internet-delivered TV going to end up costing consumers as much or more than cable?

According to the research conducted by Cable.co.uk in partnership with international consumer insight consultancy BVA BDRC, the average cost for internet service in the U.S. is $68 per month. The combined subscription price for the four biggest streaming providers (Netflix, Hulu, Amazon Video and HBO NOW) is approximately $45 monthly. Therefore, consumers end up paying over $100 per month, which is in the same general area of the average cost for traditional cable/internet packages at $120. And considering the rise of streaming channel bundling, the “new option” is likely to include paying for channels and shows that the consumer doesn’t actually want, thereby looking more and more like traditional cable offerings.

What works for Netflix doesn’t work for everyone

Streaming natives offer their unique programming, greater customisation or unique delivery, but many new platforms carry the same programming as cable and over-the-air (OTA) television. With price increases and large bundles of TV channels, many streaming services that come from old media appear to be headed straight toward the business model of traditional TV and cable companies, trading their cable TV cord for a broadband connection as opposed to cutting it.

The decision to switch to the new format makes sense from the purely technical point of view. Yet, while Disney, WarnerMedia and others are building Netflix-like services of their own, the question arises – are they already too late to the game?

Netflix – with approximately 130 million global subscribers and 58.5 million streaming customers in the U.S – doesn’t seem to be overly concerned with would-be competitors as it moves beyond TV and sets out to conquer Hollywood. For one thing, even major conglomerates with vast content libraries may have a difficulty to rival Netflix’s unique shows and a new content budget of $12 billion a year. This journey will prove a costly endeavour for new standalone streaming services, especially if their owners lose content licensing revenue to keep their content exclusive to their proprietary platform.

However, the real revolutionary power of Netflix does not come from the content, but the underlying technology and data-driven strategies that seem to run in the company’s veins. Netflix today is a tech company first, fuelling innovation that goes beyond recommendation algorithms – to its AI technology, interactive entertainment and even digitising video production process. For the old media entering the streaming battlefield, to compete with that will be no small feat. Time Warner and Disney can count on their extensive content assets to drive their new direct-to-consumer services but are they ready to rely on their engineering and infrastructure support?

One thing is clear, though. The business models that have worked for streaming platforms until now may not be sustainable in the long run as more major players enter the premium content market. Both leaders and new competitors need to continue to innovate if they want to avoid repeating the cable cycles of the past.