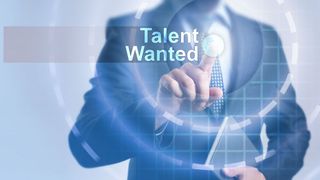 Recruiting and retaining top UK tech developer talent is becoming more challenging – especially for non-tech organisations. Independent Market Research undertaken by Sapio Research on behalf of Talent Deck has revealed that it could be about to become even harder – 45 per cent of UK developers are currently looking for a new job, and a further 22 per cent would consider an opportunity if approached.

UK developers have the power and confidence to leave jobs if they are not satisfied. And many are not – from salary to the working environment, good quality technology and management approach, there is a significant gap between employee expectations and experience.

Is the UK tech industry about to hit a staffing crisis point? When almost half (46 per cent) of UK tech developers are set to leave their current role within the next year – and 44 per cent spend less than one year in a position, this is a level of staff churn unprecedented within a highly paid, professional environment.  What is going on? Why are firms struggling to attract and retain the right talent?

There is no doubt that the profile of developers has evolved significantly over recent years. Leading individuals are feted globally, and tech companies from Google onwards receive millions of job applications annually, with developers attracted by a working environment predicated on innovation.

For the rest of the market, however, living up to the expectations created by the tech giants is tough.

It is becoming apparent that candidate motivation has changed; while salary remains the most important consideration for a developer when choosing a new job (49 per cent), the flexibility of the work environment (45 per cent) is a very close second.  With this acceleration in thinking among developers about flexible working hours, working from home and BYOD when considering a potential new job, organisations risk being dismissed out of hand if they fail to provide the right working environment.

However, the changes in candidate perception and expectation are far-reaching. As developers become more established within careers, they experience a growing desire for an opportunity to contribute to the business in a wider context and a chance to make an impact in a role.

Developers increasingly recognise their growing contribution to business success and want recognition. While this should be no surprise given the investment in tech start-ups and huge market valuation of innovative e-commerce businesses, this shift in attitude should be reflected within employment models. When two-thirds (67 per cent) would be most likely to accept a smaller salary if they had access to a profit share scheme or the opportunity to contribute to the business in a wider context (63 per cent), there are significant opportunities for firms to address the current retention problems.

Considering that 67 per cent of 18-24 year olds and 73 per cent of 25-34 year olds are more likely to stay in a job with less money for the chance to contribute to the wider business, this could be the long term solution to the modern business problem of ‘job-hopping’.

Profile and respect are, in fact, so important that not only would 45 per cent of UK developers also accept a lower salary if they received recognition from fellow developers – they would take an average salary cut of 14.9 per cent.  This reflects the growth of developer communities leveraging open source platforms to showcase their work. Solving problems for others and demonstrating awesome development skills offers huge kudos and organisations need to find a way to ensure these status driven individuals are equally feted within their own business, not just the wider developer community.

This desire to innovate and work on cutting-edge technology raises a key issue that employers need to consider, especially when looking to employ more experienced individuals. More than two thirds (69 per cent) of UK developers confirm that time to focus on innovative concepts has become significantly or more important to them as their careers have progressed. Yet this is simply not an option in many firms – especially when high churn puts pressure on the remaining team members.

There is a growing perception gap in the market between tech innovators and non-tech organisations who still regard IT as an expensive necessity.  Even those with a tech focus may lack the level of expensive developer contingency required to offer the chance to innovate – yet organisations may be tempted to promise such opportunities during an interview, simply to get good new talent on board.

How do these changing developer motivations and expectations change the recruitment process? Organisations need to actively consider the work environment and culture, not just role, salary and location, to attract the right developer talent; but communicating these issues is also essential. Today, far too much of the interview and hiring process is based on assessing an individual’s technical ability (according to 71 per cent) – just 57 per cent of UK developers think that the organisation they work for was effective at communicating the company values to them during the recruitment process.

At the same time, candidates are also failing to proactively consider cultural issues. Asking about culture should not be a throwaway final question – candidates should be checking company reviews on sites like Glassdoor and asking probing questions such as ‘How are decisions made?’ ‘What is the communication like between different business functions?’ ‘Why do you love working here?’.

Indeed, candidates are also making assumptions in a number of areas – including the quality of technology tools and management style – which is leading to disappointment once working for a company. Both candidates and employers need to ensure that every aspect of the working environment is considered during the recruitment process to avoid disappointment on both sides.

One of the biggest concerns for employers should be that from salary to the working environment, good quality technology and management approach, there is a significant gap between employee expectation and the reality. Given developers’ willingness to move on from a job if the environment is not a good match with their expectations, this should be a top concern for businesses. There are significant cost implications associated with this level of employee churn, as well as an impact on morale and productivity.

Also significant for businesses, is that it is not just younger workers who would leave a job quickly if it failed to meet their expectations, with 29 per cent of 45-54 year olds saying they would leave within a month, compared to 31 per cent of 18-24 year olds.

This gap also reveals an environment far from ideal for employees – the decision to move jobs is never taken lightly; it is disruptive and challenging. Both candidates and employers need a better, more relevant and effective recruitment model that truly matches not only technical skills but expectations of environment, culture and technology.