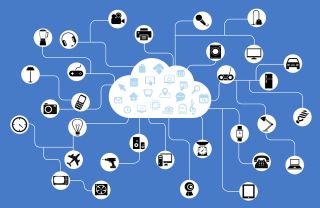 The Internet of Things (IoT) has enjoyed major growth in recent years, as more and more of the world around us gets smarter and more connected.

But keeping all these new devices updated and online requires a reliable and robust software background, allowing for efficient and speedy monitoring and backup when needed.

Software fragmentation has already become a significant issue across the mobile space, and may threaten to do so soon in the IoT.

Luckily, Canonical believes it can solve this problem, with its IoT Ubuntu Core OS providing a major opportunity for manufacturers and developers across the world to begin fully monetising and realising the potential of the new connected ecosystem.

The company has been steadily growing its presence in the IoT space for some time, working with some of the world’s largest silicon manufacturers and millions of developers around the world.

"We've, almost by stealth, grown our reach in terms of Ubuntu penetration," Mike Bell, EVP of IoT and Devices at Canonical/Ubuntu, told ITProPortal.

He adds that there are around three million developers around the world working purely on Ubuntu, with the company allowing them to use the same tools across cloud and IoT platforms.

The company provides a stripped-down version of its software for use in IoT deployment, measuring around 350MB as opposed to a typical 2/3GB install, allowing firms in both the industrial and consumer markets to embrace IoT technology.

This includes a new partnership with Raspberry Pi, which sees Ubuntu Core software now available on the latest CM3 product from the British firm, hopefully broadening its reach among developers even further.

"Most modern development is done in an agile way, in a DevOps style,” Bell noted. “We need to make it super easy for the developer - we don't want to have to make the developer pick a particular framework, a particular technology, or even wrapping some APIs from Canonical - we want them to just build what they are doing."

Bell notes that there is a huge amount of money-making potential around the Internet of Things, and that Ubuntu Core could be the key to unlocking this.

He adds that in the past, the distribution network was "quite dated...it's served the communities very well, but in terms of managing the complexity of a device with lots of competing technologies on it, it's not optimal."

The company is being smart in its focus within the IoT market, however, as it is not targeting the smart sensor market, Bell notes, instead looking to target product sectors across the industrial and consumer sectors. He highlighted the work Ubuntu has done with NEC digital signage, high-end drone manufacturers such as DJI and Parrot, and how as the reach of the IoT grows wider, this will also increase.

“Our mantra is that we think the end result of IoT is software-defined everything,” Bell says. "We see ourselves as a platform enabler...we can allow companies to create revenue streams where they didn't exist before."

"We want to be the device that picks up broadcast data...do something intelligent with it, and then process it,” he concludes, "We don't fit every IoT use case...but we're getting great feedback."