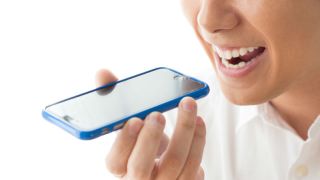 In the last 50 years, we have used technology to make it easier to engage with the world around us. This constant strive for increased ease of use and greater connectivity has ushered us towards the simplest and natural interaction mode of all – voice.

Recent innovations in speech recognition and natural language processing (NLP) have led to a fundamental shift in the way we relate to the world around us, with voice search set to dominate the digital space. According to the latest figures from Google, only one fifth of mobile searches on Android are done through voice. But, this is set to change. By 2020, Comscore forecasts as much as half of all searches will be voice searches.

In response, tech giants across the globe have been busy developing new products and software to help them become the recognised leader in voice technology. Amazon, for example, has created a new voice hardware category and sold 11 million Echoes in the process. Google and Apple have both made similar moves with Home and HomePod in an effort to keep pace with Amazon’s head start. This is only a snapshot of the exciting innovations happening in voice at present but it’s clear that businesses are investing heavily in this area to capitalise on the anticipated growth within the industry.

To help us understand what impact this will have for both customer and brands, I recently published a collaborative research report, Speak Easy, with creative agency JWT. We found that there were a number of differing business trends and consumer attitudes that companies needed to understand before taking a leap into voice.

So, who is currently using voice, and where and why do they use it?

Current voice users are significantly more likely to be young, male and affluent: 50% of 18-34-year-olds, 43% of men and 48% of people with a household income of more than £50,000 use voice monthly or more versus the population average of 37% who admit to regularly using voice search.

We also found that voice usage is skewed towards private spaces. When you consider that most well-known innovations in voice are aimed for home use this shouldn’t be particularly surprising. It does, however, reflect a reluctance about using voice in public. Whilst voice-enabled headphones such as Apple’s AirPod and Vinci’s Alexa-enabled headphones will mitigate against some of this resistance, they will need to be balanced carefully against people’s privacy concerns (44% of regular voice users stated that they were worried about companies listening to the conversations they have with their voice assistant). The car may also prove a natural second home for voice technology where the benefits of hands-free and multi-tasking are strong and a number of manufacturers are already integrating Alexa into their products.

Although Comscore forecasts that voice search is set to more than double during the next three years, considerable levels of voice usage already exist. More than a third (37%) of smartphone users use voice technology of some kind at least once a month and 18% use it at least weekly. Nearly a quarter, 23%, say they have used it once or twice, which might reflect some of the teething problems we have all encountered with the early versions of voice search. But, encouragingly for voice specialists, only 12% say they would never use or consider it.

But why do people like their digital assistants and what are the main benefits they see from them?

The research included a study carried out by leading neuroscience research agency, Neuro Insight, highlighting that emotional activity was twice as high when consumers voiced a brand question rather than type it. Similarly, it also revealed that 50% less brain activity occurs when processing an answer delivered by voice, meaning people find it much easier to use and more emotive when they do. This supports the idea that voice, as the oldest form of human communication, is inherently more intuitive and comfortable. Some companies are already tapping into this human bias. Travel app HelloGbye, for example, allows users to dictate their dates of travel, destination and the number of people they are travelling with to generate a suitable list of flight and hotel options.

People want voice assistants to show greater understanding, be able to initiate conversations, and preemptively solve problems. Cultural reference points from Her to HAL 9000 through to Iron Man’s JARVIS and Channel Four’s Humans have inevitably framed expectations. In fact 36% of regular voice users have gone as far as saying that they love their voice assistant so much that they wish it were a real person.

We are still some time away from being able to form meaningful relationships with Alexa or Siri, but as voice assistants become more intelligent we expect there to be more opportunity for “100%” voice interactions. In future, booking a holiday could be achieved through a series of back-and-forth questions to refine the choice. An early example of choice refinement comes via the Johnnie Walker Skill for Alexa, which poses questions about flavour preferences and price to deliver the perfect whisky recommendation for users. It will therefore be important for companies to optimise their content and services to make sure they’re discovered.

Over the coming years, we can expect voice technology to become increasingly ubiquitous. Already 44% of smartphone users think “voice technology will help people interact more with each other as they won’t be always looking down at a screen”. Among early adopters of the Amazon Echo, 60% think that Alexa has become integral to their daily routines and it is clear that consumers have a stronger emotional connection to brands when using voice technology.

Whether or not brands see direct value in voice technology at present, it’s clear that the technology is set to play a more important role in our future lives. If companies are to capitalise on this and take advantage of the many benefits stronger and more emotive relationships with customers can bring, they must establish trust before a dependency can grow and a deeper relationship can emerge.