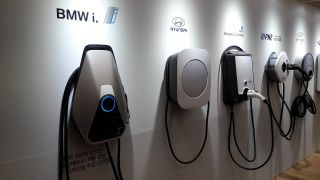 2018 and 2019 are being tipped as revolutions for the car industry. Next year, the first ever 3D printed car will take to the roads, after significant development and advances to ensure the car is roadworthy. With the news that the UK is also going to ban gas-powered cars by the year 2040, manufacturers are also turning to the possibility of electric cars. Bluespark Automotive - specialists in tuning engine management systems - are discussing the future for the automotive industry, and what it means for us today.

Changes lay ahead for the automotive industry. In the UK, for instance, petrol and diesel cars will be phased out from the year 2030, set for the total ban on gas-powered vehicles in 2040. As such, car manufacturers must adapt their technologies to ensure their brand survives. One such industry that is experiencing a staggering boom is the electric car sector.

It’s estimated that, by the year 2030, the UK electric car industry will be worth a staggering £8.7 billion. To add to that sum which could provide a much needed boost to the country’s economy, it’s likely 980,000 vehicles could be produced per year, leading to the creation of 103,000 jobs. Currently, the UK only produces 1.7 million cars, but this prediction could place the UK as a foothold in the market, substantially improving our manufacturing output which has fallen by 1.4% for the first time in five years.

The plans are already set in motion for the electric car industry. In the UK alone, the registrations for plug-in cars have increased from 3,500 in 2003, undergoing a massive jump to 166,000 as of mid-August 2018. With the rise in sales taking centre stage in the automotive industry, manufacturers are listening and we are, currently, in the midst of an electric vehicle initiative.

Mercedes has announced plans to manufacture and make available for sale 50 different electric models come 2022. BMW is another worldwide name preparing to mass produce electric vehicles by 2020. Another huge brand, Toyota, has announced plans to spend $13 billion on the electric vehicle industry by the year 2020. In the mid-2020s, it’s also been suggested that electric cars ‘will cost the same as ones powered by internal combustion engines’. In the meantime, government initiatives are helping to bring costs down.

The fuel v battery debate has long been discussed - especially with the rise in electric vehicles. The lack of charger ports and the wait time has been tipped as a huge reason many are still not turning towards the cars. However, researchers from the University of Glasgow believe they have found the answer.

Announced on August 15 2018, chemists from the university discussed the technological advances of the ‘flow battery’. The flow battery system, using a nano-molecule that can store electrical power or hydrogen gas, can be charged up and ready to go within seconds. Essentially, this means that electric vehicles can be charged in the same amount of time it takes to fill up at the pump - affording substantial benefits to consumers and companies alike.

Following on from the above point, the ‘flow battery’ and other such benefits of the electric car industry could prove invaluable for the future of business. While the initial expense of the vehicle may put some business owners off, the subsequent rewards far outweighs the initial investment.

Companies could receive up to 25% (up to £4,500) off the price of an electric vehicle - becoming part of your fleet of company cars. Similarly, your business could obtain almost 20% off electric vans - equating to around £8,0000 - offering huge flexibility for your business practices.

The above benefits do not include the tax incentives for dipping into the sector. Owning or operating an electric vehicle can attract tax benefits, such as fuel duty, vehicle excise duty, company car tax, van benefit charge and fuel benefit charge.

Other automotive trends for the future

The future of the car industry is committed to ‘going green’, as evidenced by the rise in electric vehicles. The predictions alone for the positive impact on the environment by 2030 equates to a reduction of 13 tonnes in CO2 emissions. This is the same amount of CO2 produced by six million homes… However, there are other trends to consider when it comes to auto.

The 3D printed car has been discussed for many years, and the vehicle is set to make its debut in 2019. Chinese company, Polymaker, has partnered with Italian-based manufacturer, X Electrical-Vehicles, to produce the LSEV. The car is made almost entirely from 3D printed material - only the chassis, glass windscreen and tyres were created using conventional methods. In terms of the environment, the two companies have successfully reduced the number of plastic parts used to create the vehicle from 2,000 (industry average) to just 57. The brains behind the vehicle predict the car will make ‘inevitable’ changes to the industry that will affect the whole world.

Autonomous vehicles are widely discussed in the industry, partly due to the vast success of Tesla. The key driver in autonomous vehicle tech has, just recently, announced plans to use ‘open source’ software to secure autonomous driving features from hackers. Essentially, the source code is open to all, meaning people can spot codes that should not be there. This is only the latest news regarding autonomous vehicles, and many are tipping this as a trend to keep our eyes on.

Autonomous technology is in the works for BMW and Mercedes, who happen to have a very big few years ahead of them. Mercedes are a pioneer for autonomous driving, with their research vehicles already capable of driving themselves. Their self-driving cars are predicted to be ready to rule the road in a matter of months… BMW have also been working on the tech since the early 90s, with their auto development split into levels. For instance, level 5 offers full automation without the need for a driver.

Ultimately, the future of the car industry is continually improving and adapting. What we can say, however, is that the future is digital.